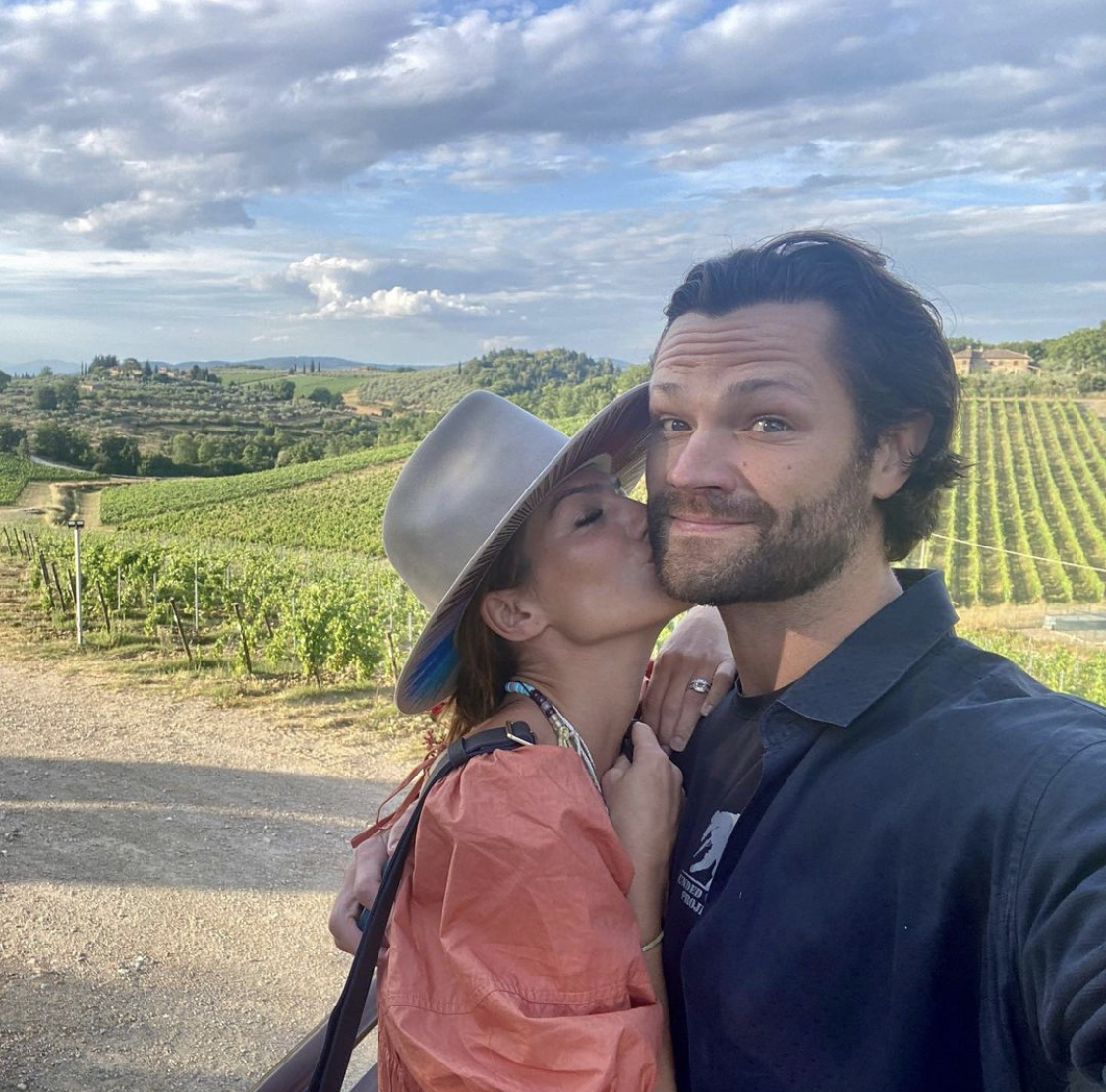 A Supernatural-ly good six-pack. Jared Padalecki showed off his hard work at the gym in a selfie shared with wife Genevieve Padalecki (née Cortese) — who kindly shared the photo with the world.

“Thinking of repainting our walls. Which one looks better here: white tie or matchstick?” the Now & Gen blogger, 41, captioned the snap via Instagram on Friday, January 21.

The picture showed Jared, 39, shirtless, wearing pants and a black beanie, while flexing in the mirror. The Gilmore Girls alum’s defined abs were very visible along with his muscular arms. 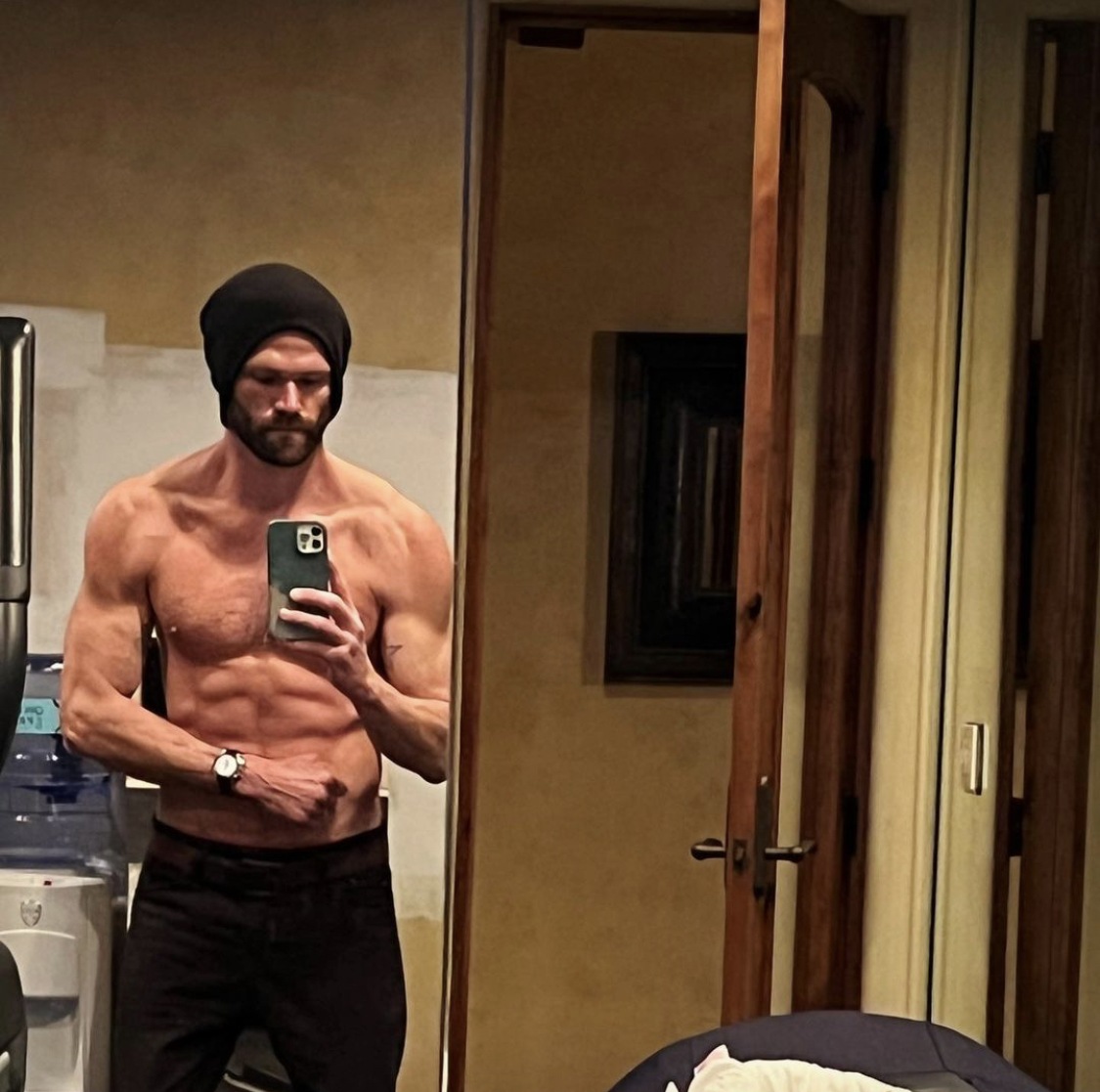 “I um, what walls?? I got a little distracted here,” one fan commented. Another added, “You just killed the entire fandom.”

The Walker costars first met on Supernatural, where Jared played demon hunter Sam Winchester for 15 seasons. Genevieve played Ruby, Sam’s demon love interest in the fourth season of the CW drama. Though Ruby didn’t stick around for too long, their relationship endured. They married in 2010 and share three children, Thomas, 9, Austin Shepherd (who they call Shep), 8, and Odette, 4.

‘Supernatural’ Cast: Where Are They Now?

The two have continued to share the small screen. Jared is the star and executive producer of Walker, the CW’s reboot of Walker, Texas Ranger. The California native plays Emily Walker, the late wife of Jared’s character, but he didn’t plan to make it a family affair. 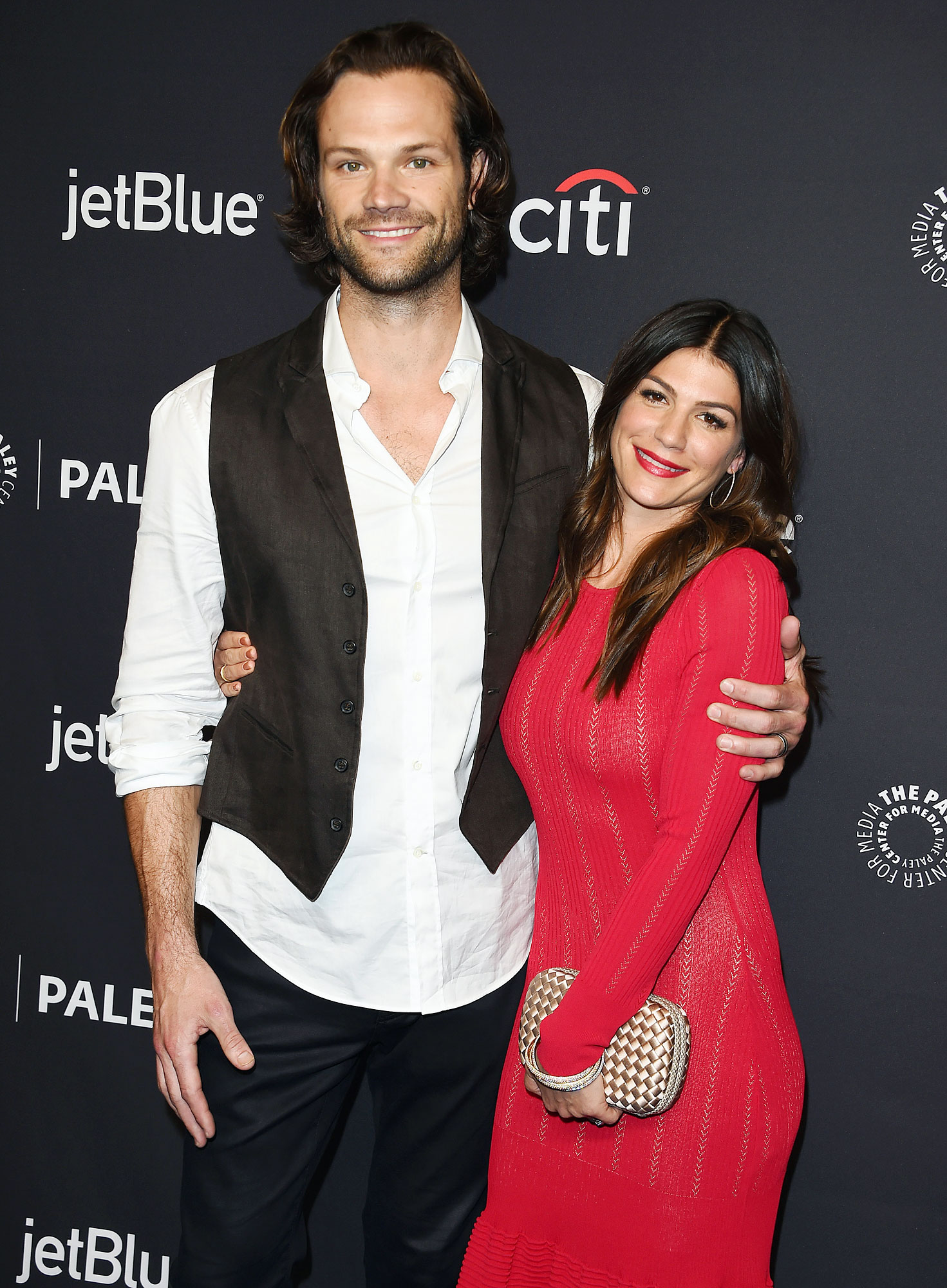 While at dinner celebrating their 10-year anniversary in 2020, Jared got a phone call from Walker showrunner Anna Fricke asking Gen to play his character’s dead wife in flashback scenes. Amid the beginning of the COVID-19 pandemic, it was safer to cast someone he already shared space with. After he stepped out and took the call, he returned to the table and told Genevieve he had a question.

“I was sitting there thinking it’s related to dinner or our anniversary or something. And he says, ‘Anna just proposed that you play my wife in Walker.’ He honestly was flabbergasted as well. She was actually calling to ask him how he felt about it first,” the Wildfire alum told Us in January 2021. “He was so enthusiastic about it and onboard and then proposed the question to me, it felt like such a great anniversary present in a weird way. It coincidentally came together in this perfect way that it just felt like a glove. It was just so cool.”

Walker airs on the CW Thursdays at 8 p.m. ET.