‘Surrogate mother’ who is Cam Norrie’s biggest fan: Tennis shop owner who gave player a home in the US gets a prime seat at his Wimbledon matches and stepped in for his parents as he won his first ever Master’s title

As Cameron Norrie prepares to take on reigning Wimbledon Champion Novak Djokovic in the men’s semi-finals, he will be cheered on by a woman who means an awful lot to him.

Linda Cappel, a family friend who has known the tennis ace for several years, has been one of his greatest supporters throughout his career.

The tennis shop owner who lives in Texas was described by The Telegraph as a ‘surrogate mother’ to Norrie, 26, after she took him under her wing while he was studying in America. 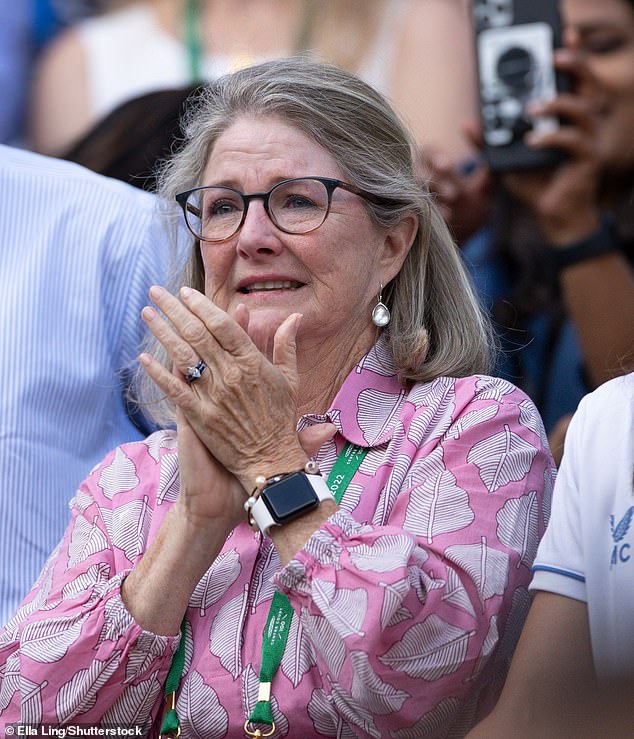 Linda Cappel, from Fort Worth in Texas, was moved to tears after her close friend Cameron Norrie beat David Goffin to advance to his first ever Grand Slam semi-final 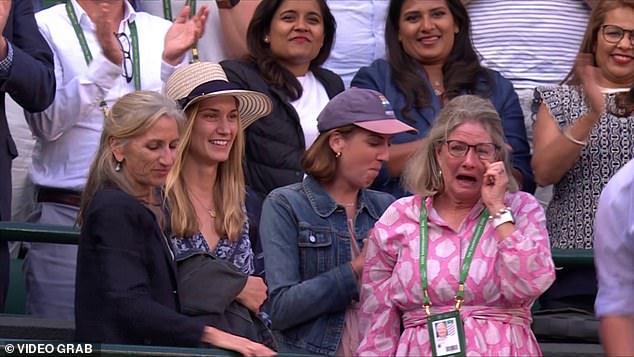 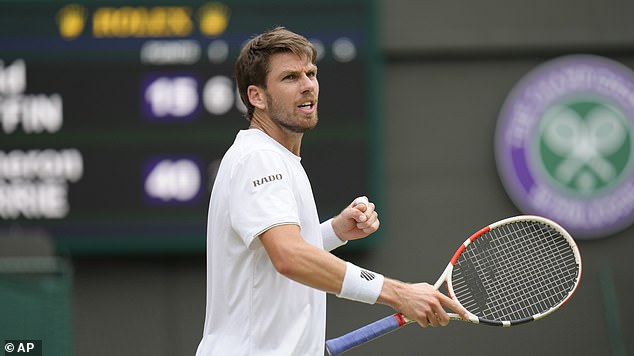 Cappel first met Norrie in Fort Worth, Texas, when he was studying and training at Texas Christian University.

The owner of the Tennis Pro Shop in Fort Worth for 20 years, Cappel saw Norrie frequently when he came into the store and the pair struck up a friendship.

Having graduated from TCU herself several years earlier, she had plenty in common with the young tennis pro and supported him while he played tennis for the Horned Frogs – the nickname given to TCU’s sports teams.

With support from Cappel, Norrie eventually became the top-ranked college tennis player in the US. 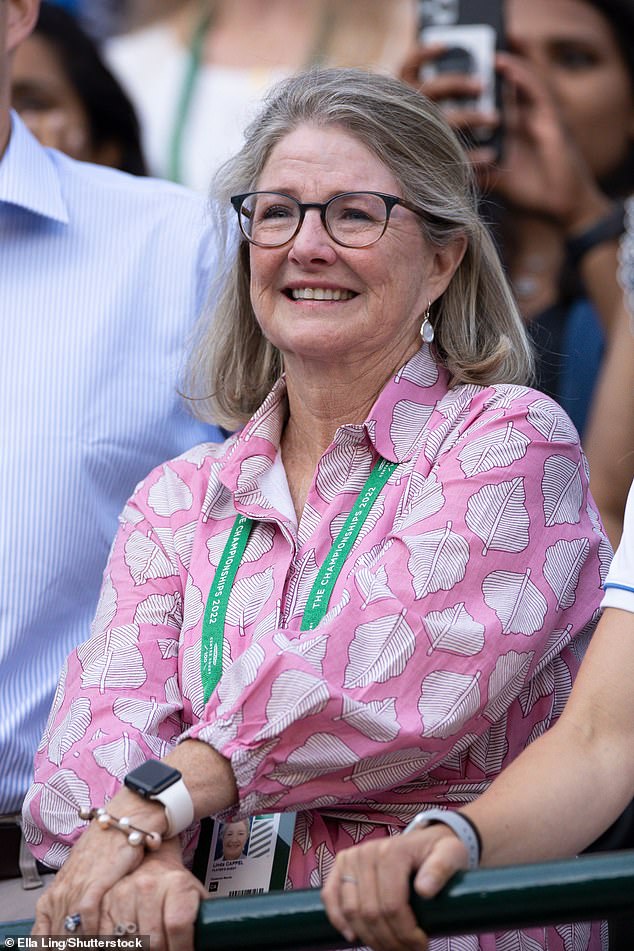 Linda Cappel beamed with pride as she watched Norrie take on Goffin, after supporting the 26-year-old tennis player from his university days

After he graduated and began touring on the professional circuit in the US, Cappel offered Norrie a base at her home in Fort Worth – and he has never forgotten her support.

The pair have remained close over the years, particularly last year when Norrie’s mother and father, David and Helen, couldn’t travel from New Zealand to watch their son play.

While the country was in a strict lockdown due to Covid-19 the parents were unable to watch Norrie win his first Masters title at Indian Wells in October.

However the star wasn’t short of support, as Cappel and Norrie’s girlfriend Louise Jacobi were in the stands cheering him on. 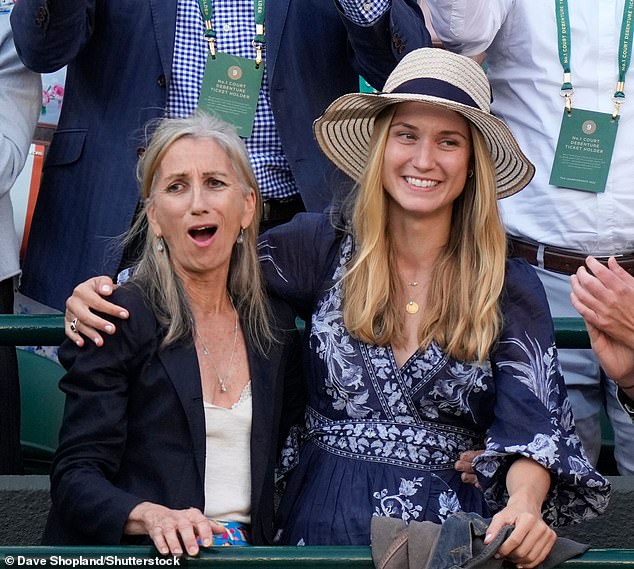 After his win, Norrie paid tribute to Cappel, recalling how he used to see her around a lot and how they got to talking.

He said: ‘When I turned pro and played a lot of Challengers in the States, I asked whether I could stay at her house when I was back in Texas. ‘No worries,’ she said.

‘She’s such a genuine person and it was great to experience this moment with her.’

Cappel has been present at many of Norrie’s big wins throughout his career – including his sensational quarter-final victory against Belgium’s David Goffin on Tuesday. 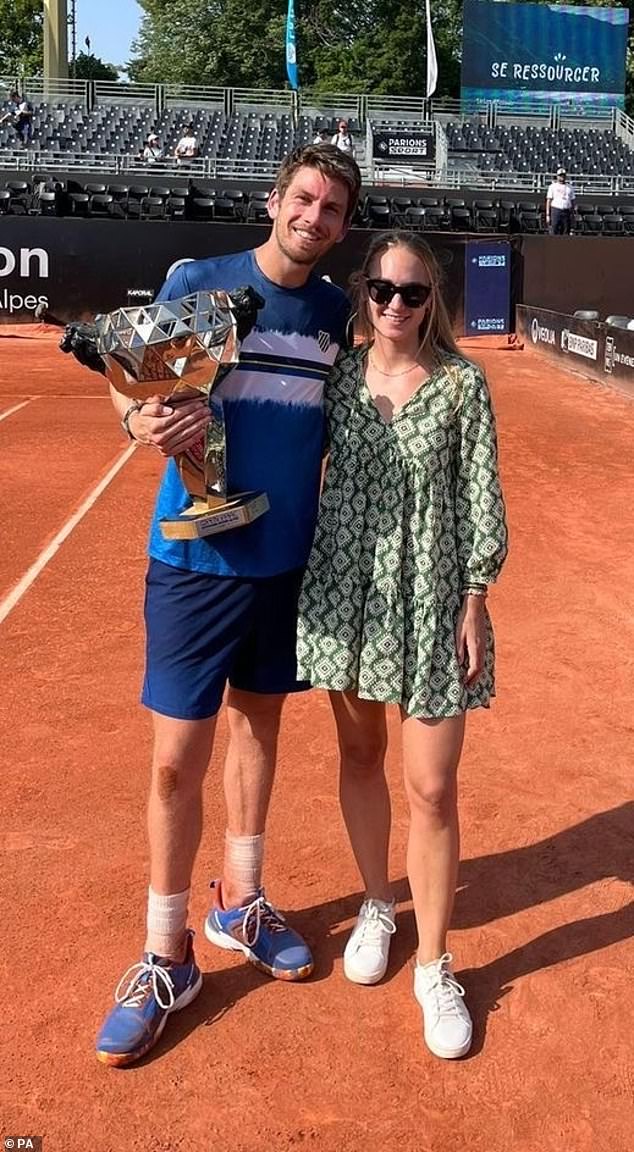 Louise Jacobi, 32, is another hugely influential woman in Norrie’s life and tours the world with him since the pair met three years ago. Pictured; The couple together after he own the Lyon Open 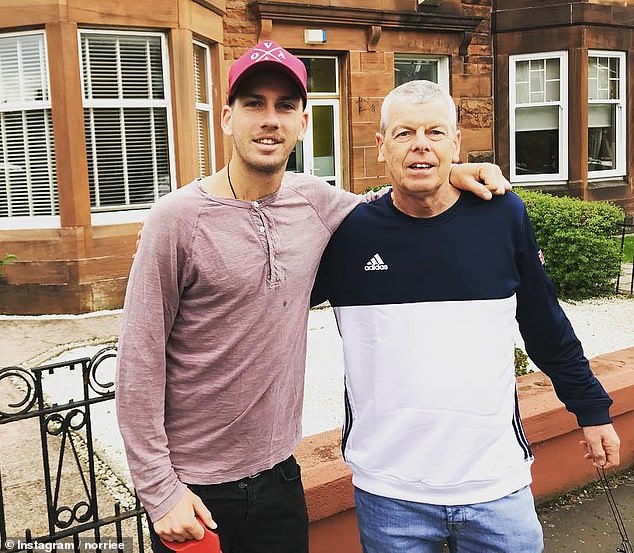 Cameron Norrie is also close to his father David, who helped put him through tennis lessons as a child alongside his mother Helen

As the camera zoned in on Cappel she was pictured in tears when Norrie made it through to his first ever Grand Slam semi-final.

With a crowd going wild around her, Cappel looked on like a proud mother – while Norrie’s actual mother Helen enjoyed the moment from a few seats away.

Norrie’s loyalty to Cappel reflects his closeness with the women in his life, including his mother Helen and girlfriend Louise, 32.

Cardiff-born Helen, a microbiologist, was the first person to introduce her son to tennis.

Fashioning a tenins racquet from an old squash racuet, she encouraged a young Nottie to hit a ball in the family driveway as a child.

She and her husband David also funded their son through his junior tennis career in New Zealand.

The mother once said: ‘Cameron got a bit of money, but not much.

‘And basically we’ve done this all ourselves with Auckland Tennis backing us.’

In hia adult career Norrie has been supported by his glamorous New-Yorker girlfriend Louise Jacobi.

The pair have been dating for at least three years, with David Norrie describing her as a ‘calming’ influence on his son.

Norrie’s coach Facundo Lugones said the strong, consistent relationships Norrie enjoys with the women in his life are no surprise – as his close team has hardly changed since he began playing on a professional level.

He said: ‘For him [it] is really important to have people around him he can trust with anything. We’re going to push him.

‘He believes in us. I think he is happy with that team. That gives him a lot of consistency. That’s what he wants.’

Jacobi, Helen Norrie and Linda Cappel were pictured together looking proud of their much-loved tennis star after his win against Goffin on Tuesday.