Follow
Home » Lifestyle » Talk to strangers? Everyone over 70 should! Says ELISABETH LUARD

Talk to strangers? Everyone over 70 should! Says ELISABETH LUARD

Talk to strangers? Everyone over 70 should! Says ELISABETH LUARD in this heart-warming testimony

The other day, I was walking from the bus stop towards my flat when an old gentleman, laden with shopping, crossed the road to join me.

He asked if I lived nearby, and I said yes, pointing to my building. ‘It’s new,’ he told me. ‘Used to be a factory. Made aircraft parts. Employed hundreds of men.’

And so began a conversation in which he told me he’d moved down from Scotland 45 years ago, a time when Acton in West London was awash with factories and the workers all lived on Valetta Road: ‘Used to be called Little Malta. Round here is full of history.’

‘Why don’t you write it down in case you forget,’ I said. ‘Good idea, I will,’ he replied. 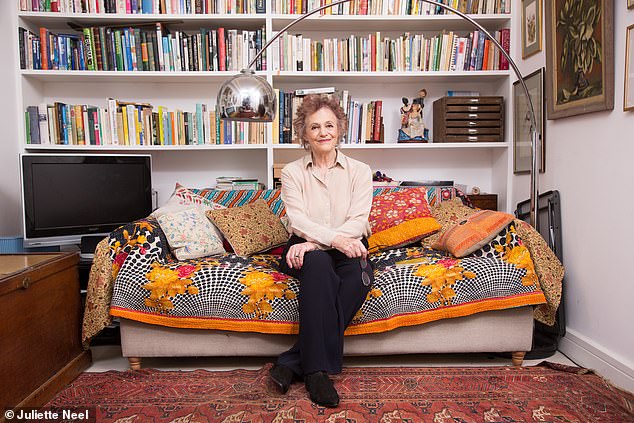 Elisabeth Lurad (pictured) who moved to London on her own four years ago, revealed the benefits of talking to strangers

I’d never seen him before — or since — but this tete-a-tete with a total stranger brightened my day. I enjoyed hearing of the urban area’s connection to Malta.

It made me wonder if it was a Maltese wine maker who planted the thick-stemmed vine that winds along the fenced-off wasteland opposite my building, producing copious bunches of tiny, sweet fruits.

But more than that, chance chats like this — at the bus stop, in the local shop or in the coffee queue — serve as reassurance that the world remains a friendly place.

We are warned in early childhood not to ‘talk to strangers’ and, past a certain age, it’s not thought terribly prudent to do so either. But since I moved to London on my own four years ago, I’ve had to revive the skills I first learnt as a child.

The city was bound to be different to the sprawling farmhouse in the wilds of Wales that I’d left, where everyone knew everyone and social life was often conducted from passing cars on the road or via a cup of tea when fetching milk and eggs.

MY career as a food writer and illustrator keeps me busy, but with my husband Nicholas off the planet since 2004 (he was a handful, but that’s another story), it’s the seemingly inconsequential exchanges out and about that fill in the gaps.

I moved to be closer to my daughters — Poppy, who lives a 15-minute walk away across the park, and Honey, who’s a half-hour Tube ride away.

The sisters have five children between them: Jessie, 23, Bonnie, 21, Harper, 19, Iona, 17, and Orin, 15. All are based in London apart from Harper, who has just gone off to university. 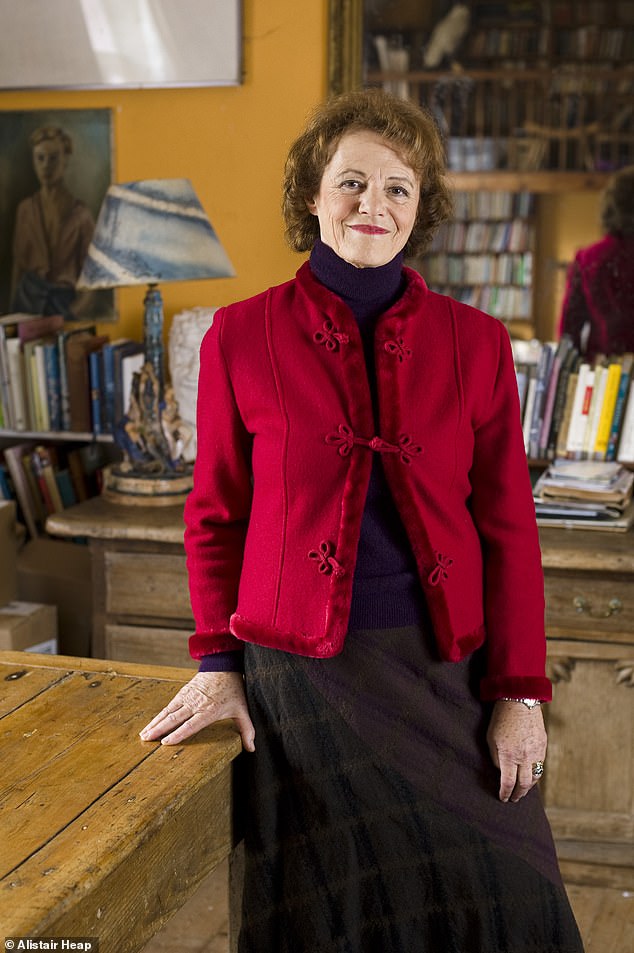 Mostly it’s the girls who get together with their gran regularly — maybe once a week — either in person (wonderful!) or via texting (preferred method of communication for anyone under 30).

We have a close bond, but I am of an age — coming up to my 80th just after Christmas — when my contribution to family life (three children, seven grandchildren) is no longer essential. Naturally there are times when I go days without seeing a loved one.

So there comes a point in a person’s life — mine, at least — when talking to strangers is a survival tool. But I’m not the only one challenging the status quo.

In a new book, The Power Of Strangers, author Joe Keohane makes the case for reaching out to unknown passers-by.

With the help of sociologists, psychologists, neuroscientists, philosophers and political scientists, Keohane digs into a growing body of cutting-edge research on the surprising social and psychological benefits that come from talking to strangers.

He finds that even passing interactions can enhance empathy, happiness and cognitive development, ease loneliness and isolation and deepen our sense of belonging.

Of course, this is no surprise to me. In fact, considering we have a very real loneliness epidemic on our hands, I think it should be prescribed nationwide. 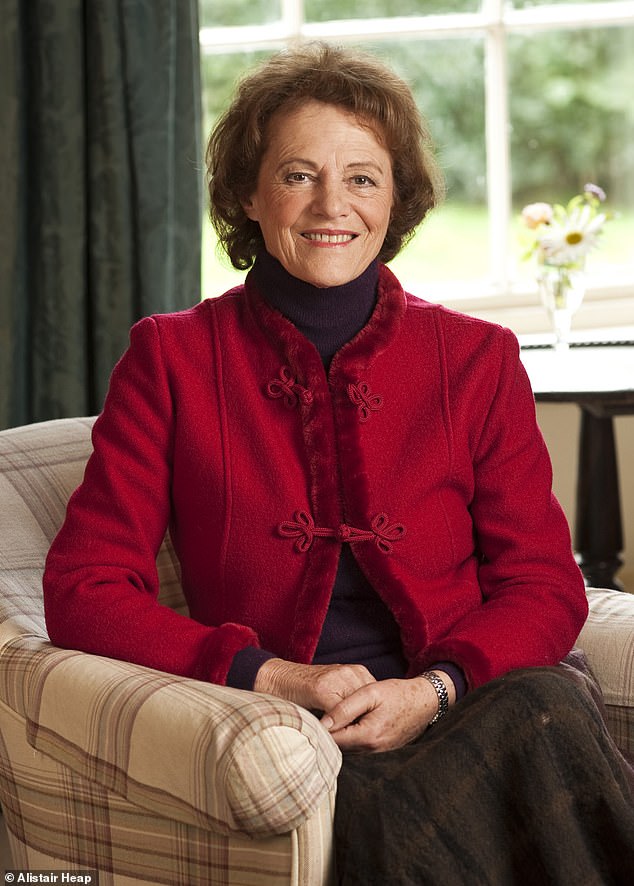 According to the latest statistics, levels of loneliness in Britain have risen from 5 per cent of people feeling lonely ‘often’ or ‘always’ at the start of the pandemic in spring 2020 to 7.2 per cent between October 2020 and February 2021.

It’s hardly surprising that loneliness increased during the lockdowns, but it has long been a problem. The fact that society has taught us to be fearful of strangers doesn’t help. Left to our own devices, we naturally reach out from babyhood and beyond. We need to reconnect with these instincts.

Don’t forget, we all depend on strangers at the important junctures in our lives — to look after us in nursery school, take care of us in hospital, see us safely across roads, drive buses, clear rubbish, sweep streets.

All these are no less acts of kindness because we pay for them, directly or indirectly.

My neighbourhood app is full of lost cats safely returned to their owners. Seats are offered to old folk on buses by those who haven’t sat down all day. Prams are hauled up staircases by strangers. The evidence is all around us.

Mostly, given half a chance, we care for each other. And nowhere is this more evident than when deep in conversation with a stranger. Perhaps I find it easy to talk to strangers because of a peripatetic childhood. As a diplomat’s stepdaughter, I spent years among unfamiliar people who spoke an unfamiliar language and ate unfamiliar food.

As the child of an absentee mother (an heiress, rich and spoilt) and an even more absent father (an airman dead in World War II not long after I was born), strangers were always the source of all the good things in my life.

Companionship, patience, how to make gingerbread men with scraps of leftover dough — indoor happiness was always at the kitchen table with the women looking after me.

While in the great outdoors, I never grew out of the habit of expecting the world to be a friendly place, willing to provide information and help. 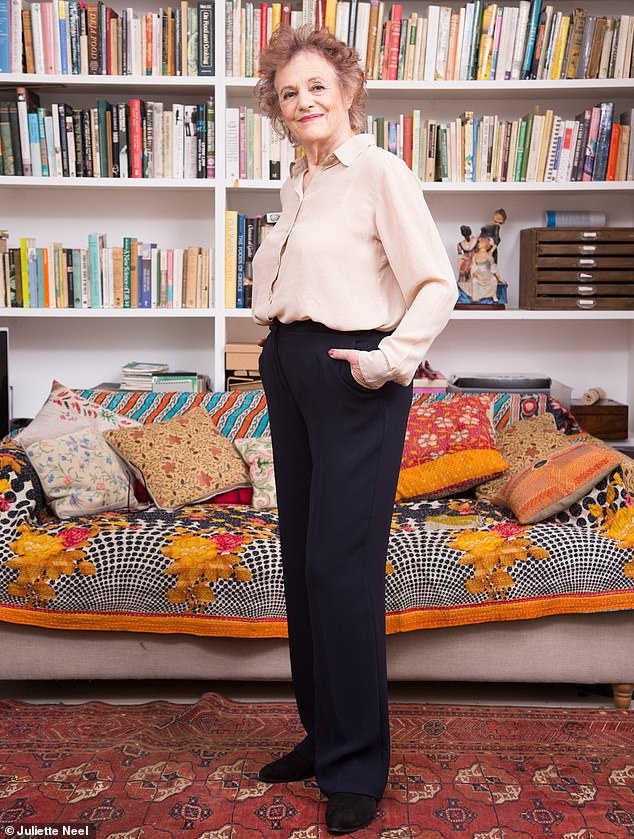 In the Welsh countryside, daily life was punctuated by small encounters with neighbouring farmers on the road; the postie; waiting in a queue in Aberystwyth. It wasn’t until I moved back to London, the city of my birth, that I started to miss these random social contacts.

At first I was as much a stranger to the ’burbs of West London as the teenager just arrived from a war zone who sells me olive oil in the corner shop at the top of my street.

But the two of us, strangers that we were, got chatting. He told me stories of his mother’s cooking, and I was the beneficiary of free honey cakes after sunset during Ramadan.

‘No charge,’ he said with a flash of new NHS braces as he wrapped up a sticky wedge of pistachio-stuffed baklava and added it to my basket. ‘Is custom.’

Generosity to others — the obligation to give alms once taken for granted in all societies — seems like a habit worth reviving. Post-lockdown, people seem more responsive to one another. Perhaps nods and smiles are exchanged with more freedom.

It’s not the deep relationships — friends, family — it’s the reassurance that comes from daily contact with others, casual and seemingly unimportant, but vital for that feeling of community that makes the world a safer place for us all.

We humans are natural collaborators. Like bees in a hive, we need to contribute to the general good (mostly). And if this is just a cheerful ‘Good morning’ exchanged with a stranger on a cold day in an empty street, when all anyone wants to do is to hurry past, it’s enough to make the world a happier place.

Everyone, ov, strangers, talk, to
You may also like: