This week our reviewers listen to Taylor Swift’s Red, Robert Plant and Alison Krauss’s Raise The Roof, and Elbow’s Flaying Dream 1, and give their considered opinions. 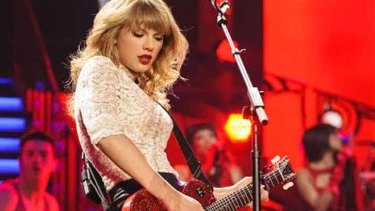 Taylor Swift’s fight to reclaim her intellectual property by re-recording her first six albums has made headlines all year. Red (2012) is the second to get the treatment, but the most interesting aspects of it aren’t the note-perfect recreations of the record’s main songs. As on Fearless (Taylor’s Version), unreleased tracks of the era are included, and here Swift takes the lead on two of her songs made famous by other artists: Babe (originally recorded by Sugarland, featuring Swift) and Better Man

(originally recorded by Little Big Town). Both outshine the originals. Featured artists include long-time friend and collaborator Ed Sheeran and indie favourite Phoebe Bridgers, the latter taking aim at the way in which the music industry treats women on the quietly furious Nothing New. The centrepiece, though, is the long-mythologised 10-minute version of the breakup ballad All Too Well. Beautifully produced by the prolific Jack Antonoff in a softer, more filmic musical style (fitting, as it’s accompanied by a 15-minute film), it contains some of Swift’s best, most biting lyrics. That song alone is worth the price of admission, but it’s a pleasure to revisit one of Swift’s finest albums afresh. GISELLE AU-NHIEN NGUYEN 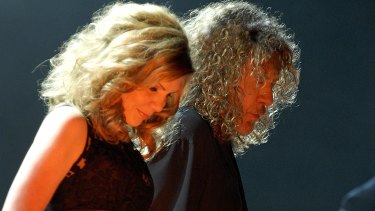 Fourteen years ago, Robert Plant and Alison Krauss enthralled us with the Raising Sand album. Once again they’ve engaged the seasoned blues-and-roots maestro T Bone Burnett to guide proceedings, being in his element melding bluegrass, Americana and rootsy rock. Krauss and Plant sound so assured that there isn’t a single misstep as they interpret material from across the American blues, rock and folk spectrum, including songs by Merle Haggard, Lucinda Williams and The Everly Brothers. Burnett has wisely brought their voices to the fore: Krauss’s sophisticated, melodic soprano grounded by Plant’s world-weary, warm, gravelly tones, and their harmonies, as layered and gorgeous as the steel pedal guitar, earthy bass and delicate strings are, are at the music’s heart.

Quattro (World Drifts In) sets the mood: Plant’s singing is gently insistent, while Krauss’ is romantic, classically beautiful and dynamic, as they sing an immigrant’s song of escaping the world, feeling alienated, “Where fields are burning/ From the day you’re born”. Seamlessly they change the atmosphere only subtly to milk the yearning, bittersweet emotion from The Price of Love. The languid heartbeat of a drum creates space for noodling, moody guitar that echoes into desert-haze. Krauss takes the lead, sounding both dreamy and harrowingly hurt as she laments “the debt you pay with tears and pain/The price of love”. It’s easy to imagine a lone saloon where Krauss and Plant go to mend their broken pieces over sweet wine and bitter gin. His utter resignation and heartbroken Southern soul on You Led Me To The Wrong is a tearjerker, and a rare track in which he doesn’t play second fiddle to Krauss.

Although the album’s stories are gothic, brooding or riddled with loneliness and alienation, it is to Krauss and Plant’s great credit that there is always a sense of celebration and redemption. On Trouble With My Lover the twangy, deep bass and restless guitar melody are joined by a surging string section, and although Krauss croons “What good is love if you can’t have it when you want it?“, there’s a playful lightness to her tone, even surrender, as she harmonises with the sultry, smooth Plant on the chorus.

Raising Sand won six Grammys, including album of the year. If there is justice in the world, Raise The Roof will earn the same appreciation. CAT WOODS

Ladies and gentlemen, your pandemic panacea has arrived. The ninth Elbow album started with the English quartet sending each other musical “love notes” during lockdown. They later reconvened at the grand Theatre Royal Brighton to create this ruminative, melancholy, and ultimately uplifting collection. Front-man Guy Garvey, who looks like a grizzly bear but sings like an angel, has mentioned Talk Talk and the Blue Nile as being inspirations, and the influence of those groups is evident in the use of space and atmosphere. Before the opening title track starts, you can hear Garvey’s intake of breath and soft count-in, and from that moment it is as if he is whispering in your ear, and soon enough your soul. “Only falling gives you wings like these,” he croons on Six Words, a delicate, hushed ode to devotion. And, indeed, there is a sense of weightlessness throughout, as the members of the band play more like jazz musicians than rock musicians. By the time they get to The Only Road, a gorgeous lament to finding the right one, with Garvey singing, “I’ve never been so sure that I was right where I should be in my whole life”, well, if you are still dry-eyed, you must be made of stone. BARRY DIVOLA