The director of an upcoming docuseries on Tekashi 6ix9ine says the rainbow-haired rapper is “truly a horrible human being” with no morals or talent — but a “social media mastermind” with an uncanny ability to “spark a reaction.”

“I think viewers will be shocked to realize how hyper calculated” the rapper is, “Supervillain” director Karam Gill told us. “Tekashi was someone who never did anything online on accident. Every click, word and action online was designed with care to spark a reaction.”

Gill told Page Six that he was at first reluctant to touch the project. “I never really wanted to explore Tekashi’s story specifically, and actually was hesitant about the project at first because of how he has been such a toxic individual in our culture,” the director said. But, “from a wider scope, I realized it’s an extremely important story that shines a light on where we are as a culture. We’re living in the era of manufactured celebrity, where people can create inauthentic online personas and rise to fame without any talent or morals. Tekashi’s story is exactly that — he’s someone who realized the power of having your own platform.”

Gill told us that while making the series, “I was surprised to find out how much of a social media mastermind [Tekashi] truly was. His understanding of how human beings operate on these platforms is incredible.”

Tekashi (a.k.a Daniel Hernandez) was sentenced in 2018 to two years behind bars for racketeering and other charges. When he was released last spring, he announced his return to music with a Times Square billboard promoting a new single recorded under home confinement. The tune, “GOOBA,” broke YouTube’s record for the most-watched hip-hop video in a 24-hour span.

On Sunday, a long-simmering beef between Tekashi and Philly rapper Meek Mill reportedly nearly came to blows in an Atlanta parking lot, and both parties posted video footage of the incident from their perspectives.

The director also told us, prior to the latest Meek Mill run-in, of public fascination with the outrageous rapper and online troll, “the public and media hates him because he is truly a horrible human being who has done terrible things. And from an overall perspective, he loves to instigate and aggravate which is something that naturally sparks a reaction.” 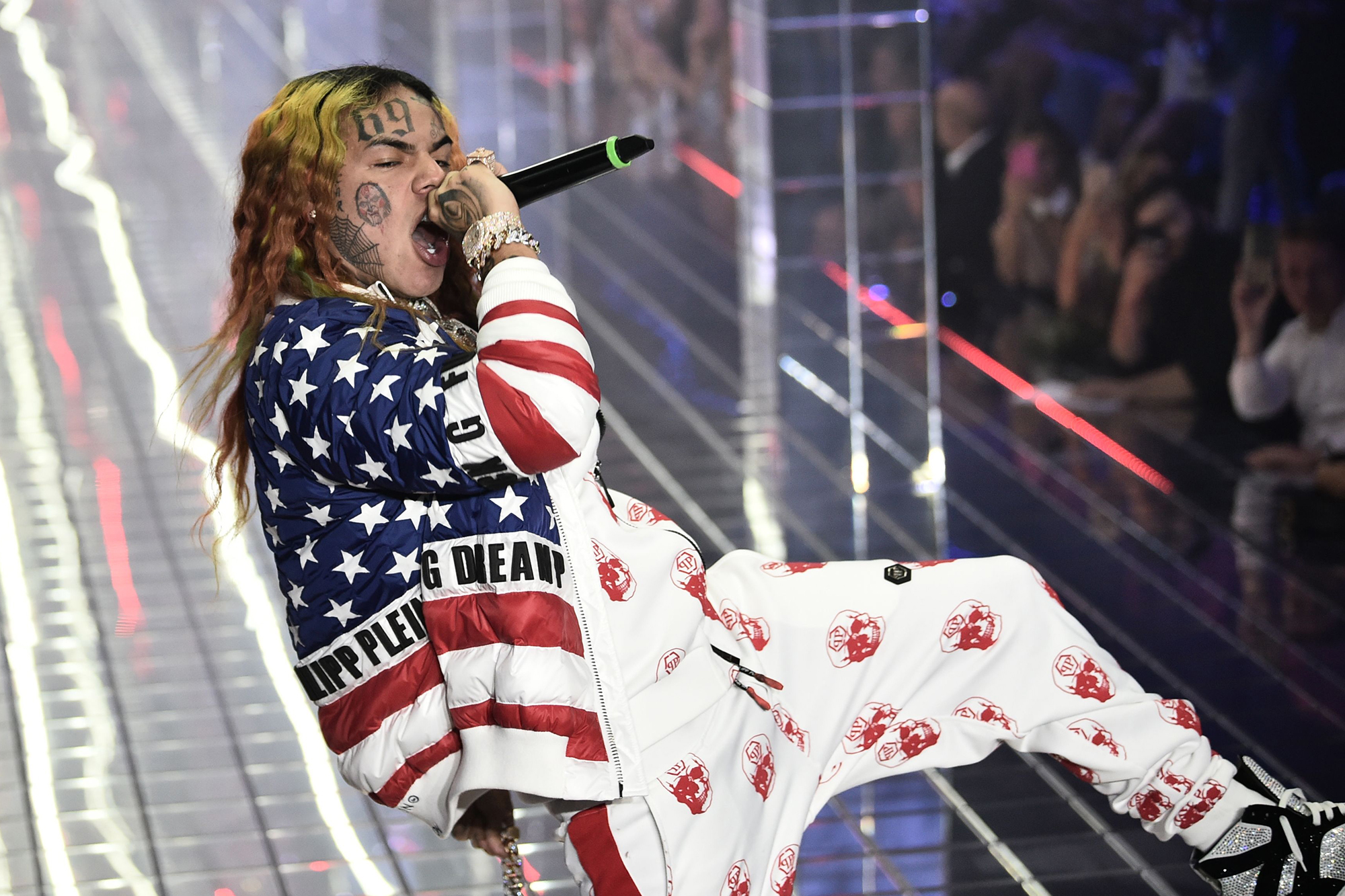 Gill did not meet Tekashi in person to make the docuseries, based on a Rolling Stone feature. “I have never met him nor spoken with him,” Gill, whose credits include the rap doc, “Ice Cold,” told us. “The interview we have in the film is from unreleased post-prison tapes that our larger production team acquired.”

Gill said that the themes in the docuseries reach beyond Tekashi.

“To me this project was an opportunity to capture this time in human history,” he said, “a time where we have seen pop culture figures, and even presidents, shape their own realities and manipulate us all through digital media.”

In the trailer for the project, Tekashi declares, “If I was to die today, I’d be a legend. I know that for a fact.”