The one lesson I’ve learned from life: Tessa Peake-Jones says my bipolar mum made me who I am

Tessa Peake-Jones, 63, is best known as Raquel from Only Fools And Horses and now stars as Mrs Chapman in ITV drama Grantchester. She has two children by former partner, actor Douglas Hodge, and lives in London.

My mantra is to try to live the best life you can that day. It’s all to do with appreciating what you’ve got and making the most of it. You’ll never get that day again and you don’t know what tomorrow holds.

I know where this comes from. I’m illegitimate. I was raised by two women: my mum, Mary, and my godmother, Auntie Renie. When Renie’s mother died, she was left a house in Middlesex and invited Mum and me to go and live with her. It was a most unusual upbringing. When I was six or seven, my mum developed manic depression — what we would now call bi-polar disorder. 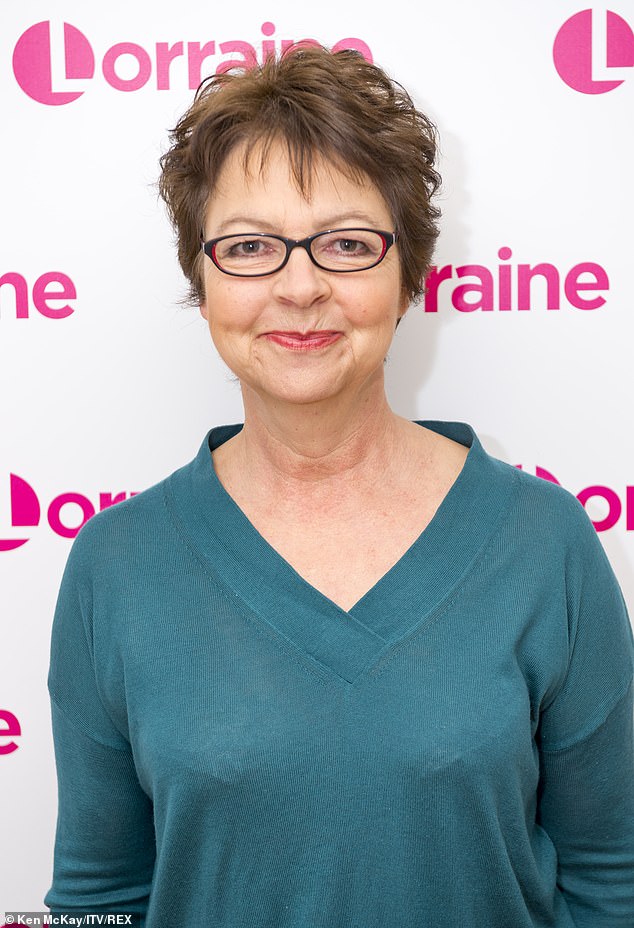 Tessa Peake-Jones, 63, (pictured) who lives in London, explained how her mother made her the optimist that she is

Life could be very unstable at times. When Mum was well she was the best mum in the world. I felt like I was the centre of her life. But then she’d go into one of her phases, as we called them, and she was so cast down it was impossible to reach her. She would spend long periods in psychiatric units.

The slight chaos, emotionally speaking, that must have caused me, and also seeing her fight this awful illness, taught me to make the most of every day because you never knew what was round the next corner.

Mum was flowery and demonstrative and hugged everybody. Auntie Renie was the opposite. She hadn’t been shown much affection in her childhood and found it almost impossible to hug or kiss you. But we had a good relationship, which was just as well; otherwise I might have been put into care.

Mum continued to battle her demons until her death in 2014, in her 90s (from dementia), so had been able to enjoy much of the success I’d had. I was told I’d got the part in Grantchester on the day I got a call from her care home saying she had only 24 hours to live.

We had an extraordinary relationship, balanced by Auntie Renie. They complemented one another, showing me two distinct sides of a human being. They made me the optimist I am.

Tessa Peake-Jones’S new film, I’m Not In Love, is available to rent or buy on Amazon Prime.

bipo, Peake-Jones, says my, Tessa
You may also like: