The 20 common symptoms of Covid you should NOT ignore

WE all know the three main Covid symptoms, but one expert has said there is an extensive list you shouldn't ignore.

The main symptoms listed by the NHS are a new persistent cough, a high temperature and a loss of taste and smell, but data shows a headache is now the most common sign.

Experts at the Zoe Symptom Tracker App revealed that 72 per cent of people with coronavirus experience headaches and a runny nose.

The top five symptoms could all be mistaken for the cold or flu and a loss of taste and smell and a fever – both key symptoms highlighted by the government – are not featured in the top five.

Data shows that around 60 per cent of people will suffer sneezing, 54 per cent a sore throat, 47 per cent a cough and 46 per cent a loss of smell.

These symptoms are followed by fever, chills, a horse voice, altered smell and feeling dizzy.

Around 34 per cent of people said they experienced 'other symptoms', with 29 per cent saying they had sore eyes and 27 per cent experiencing brain fog.

The 20 Covid symptoms you need to know

Professor Tim Spector of King's College London and head of the app said the government must update its advice on symptoms.

In a YouTube video, Prof Spector said it had been 534 days since the experts initially published their findings on the different symptoms associated with Covid.

Prof Spector said: "Nearly 50 per cent of people who test positive after a PCR test do not have the classical symptoms while infectious and I think this is really important."

"So every day they (the government) deliberate more people are getting infected and unknown.

"What we are seeing now is the same symptoms that we were seeing in children for the last year or so in fully vaccinated adults and that's probablybecause the immune reaction is better."

Prof Spector said the 20 symptoms listed by the experts would help people get a better understanding of 'what is going on'.

The experts compared this data to data collected in December and while many of the symptoms remain the same he said there are now more runny noses and sneezing than before.

He added that symptoms to vary by age and how much of a vaccine you have had.

"It's important to know the list is much broader than you think", he added.

Prof Spector also highlighted that anyone with cold or flu-like symptoms should also get tested. 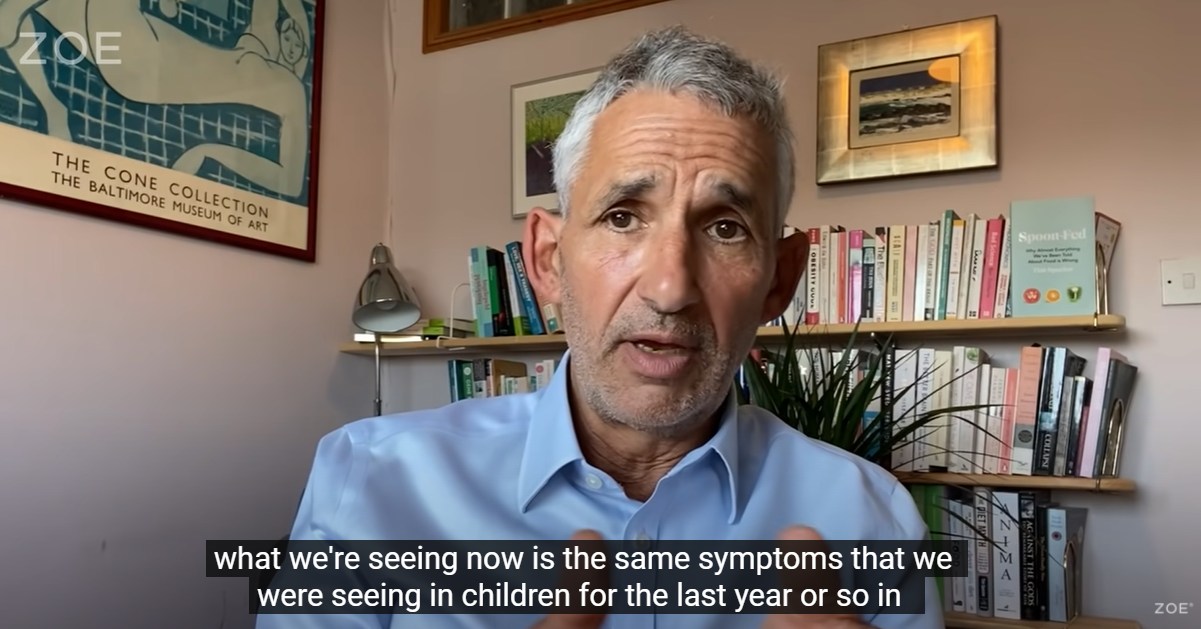 Wetherspoons to sell 99p pints from November – all hail to the Spoons!