Follow
Home » Lifestyle » ‘The Bachelor’: Sarah Causes Tension With The Other Woman As She Struggles With Jealousy

As Sarah realized how hard it was for her to see Matt date other women on ‘The Bachelor,’ she questioned whether she belonged on the show, and pissed off the other contestants.

Sarah Trott realized quite quickly that she wasn’t equipped to deal with feelings of jealousy on The Bachelor. After having a one-on-one date with Matt James during the show’s Jan. 11 episode, Sarah was rocked by being in a group date setting on Jan. 18. Even just seeing Matt with other women at the cocktail party overwhelmed Sarah to the point where she almost fainted, and after the group date, she knew that something felt off.

This week’s first group date had the women writing dirty stories about what they wanted to do with Matt in bed. Sarah wasn’t actually on the date, but she got to watch the live readings of the letters from the audience. It wasn’t easy for any of the women in the crowd, but Sarah took it especially hard. “I was on such a high after our one on one date, and it’s such a wake up call and reminder that he has these relationships with other women,” Sarah explained. “I knew he’d be dating other women and there was potential of seeing him being romantic and intimate with other women, but I just didn’t know it was going to be this hard.” 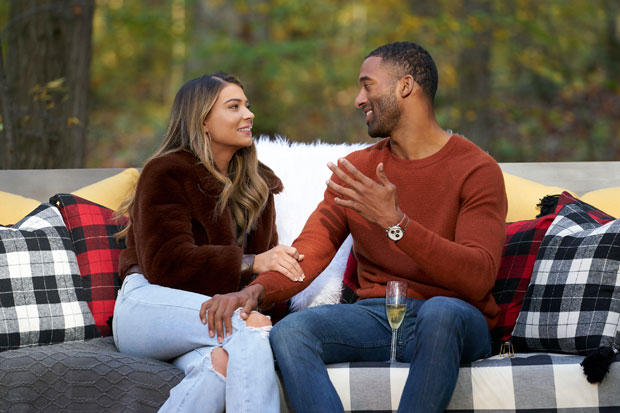 Despite not being part of the group date, Sarah took it upon herself to interrupt the evening so she could let Matt know how she was feeling. “I should’ve known this would trigger me just because, in my past, dealing with faithfulness and commitment issues and jealousy and all those feelings and emotions are coming back so quickly,” Sarah said in a confessional. “In my heart, I know all these special moments we had, and it kills me that he’s having these special moments with other women, too. I just worry if I can’t get past this it’s going to be a real road block in my relationship with Matt.”

Katie Thurston was talking to Matt when Sarah interrupted, and she was understandably frustrated. When she went back to tell the other women what was going on, they were all pretty visibly pissed off — especially Victoria Larson. Meanwhile, Sarah opened up to Matt about how being on the show was “harder” than she expected. He assured her that her feelings were normal and urged her not to worry about comparing their relationship to what he had going on with the other women.

Eventually, Katie grew so annoyed about losing her time, that she interrupted Matt and Sarah to get her time back. Afterward, Sarah tried to apologize to the group, but they weren’t hearing it. “Couldn’t you have said this at another time?” Kit Keenan demanded, while Victoria wondered, “What did you have to address? It had to be pretty serious if you would come here.” When Sarah left, Katie followed her outside and approached her to tell her off.

Sarah was visibly emotional and wiped back tears as she tried to explain where she was coming from. Katie listened, but also made sure to say her piece. “You had a whole one on one date. I have not had that,” she scolded. “I think you could’ve tried to find a different time to talk to him. If you want to go home, I’ll let you go home and talk to him, but the fact that you don’t know yet…you could’ve waited. I encourage you to really figure it out hard and quick. It’s going to really impact everyone around you and it’s not going to get easier.” 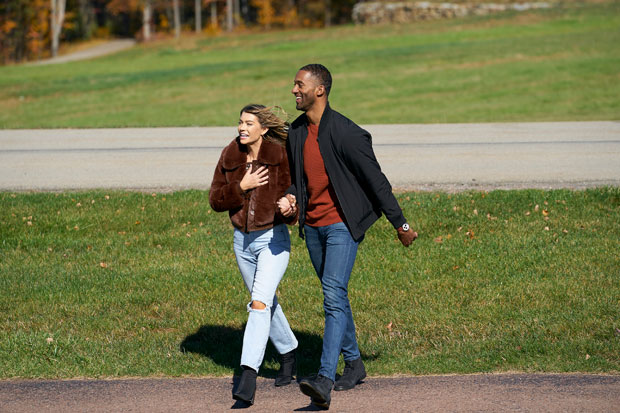 The next morning, before Matt’s one-on-one date with Serena Pitt, he once again sought out Sarah to assure her that his feelings for her were real. “I want you to be part of this,” he insisted. “What we shared on our one-on-one was real. I was so happy after that night. I was riding on cloud nine. I just want you to know that you’re on my mind. I haven’t forgotten about the time we spent together. When you came up last night, I was happy to see you. Everything you said validated our time together. If you didn’t care, you wouldn’t have felt compelled to find me, and if I didn’t care, I wouldn’t have come up here.”

Everything You Need to Know About 'Marry Me' Starring Jennifer Lopez