On the second level of the almost 100-year-old Nicholas Building, on the intersection of Swanston Street and Flinders Lane, there’s a ballroom that has sat unused for decades. This could finally be about to change, however, if a bold new plan for the beloved building goes ahead.

The new vision for the building also includes a new glass pavilion, a public green space on the rooftop and carving out room for events and performances. It’s all part of a bid by a group consisting of the Nicholas Building Arts Foundation, the City of Melbourne and investment group Forza Capital –and they’re calling on the state government to help make it happen. 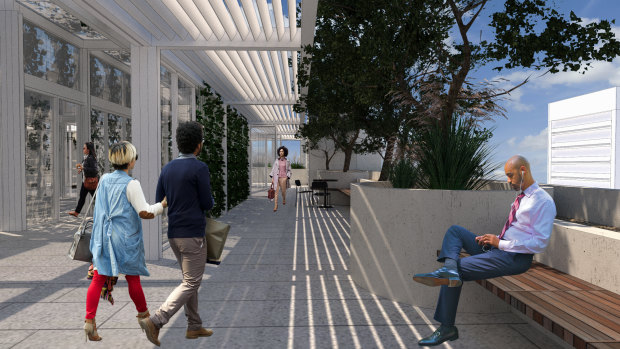 The Nicholas Building is a unique creative hub in Melbourne’s CBD. “It’s the last building like this left in Melbourne,” says Dario Vacirca, artist and president of the Nicholas Building Association. Across its levels there are artist studios and independent businesses, bookstores and galleries – it’s a melting pot where art is celebrated and cross pollination between artistic disciplines is the norm. Of the roughly 110 active tenants, they cover “basically every form of art and creativity you can identify from painting through VR through to jewellery, through to sculpture,” Vacirca reflects.

Last year, the building was put up for sale – with a valuation of $80 million – and a ripple of anxiety passed through the close-knit community. It meant the future was uncertain – would rents become unaffordable? Would it be developed into something entirely new? What would happen to the artists for whom it’s a creative base? The love for the Nicholas Building isn’t just about the structures and space – it’s about the arts community that has grown there.

Designer and artist Anna Varendorff has had a studio in the building for the past 13 years and has moved into larger or smaller studios depending on what her work requires.

“I’ve had several rooms in those times … occasionally, my practice gets big, and I need another room.” She explains how the community works together to facilitate each other’s shifting needs. “If you need more room because you’ve got a project going, often you can just ask people, and they’ll say, ‘Oh, you know, I don’t need all of my room at the moment, I can share with you’.” 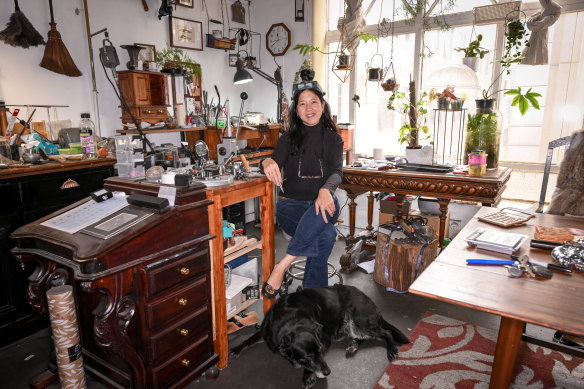 Artist Aimee Sutanto in her studio in the Nicholas Building.Credit:Eddie Jim

Looking forward, “I’d like it to stay as it is but I recognise that change has to happen,” says Varendorff. “But I would love to see the spaces remain as art spaces – I think they add to the culture of the city, quite literally.”

When the sale of the building was announced, a campaign to save it was kicked off, resulting in petitions, donations and the creation of a for-purpose foundation. Now, a year later there’s a plan in place. Through the three-way partnership, over 75 per cent of the funds needed to purchase the building have been amassed. On Thursday, the group announced their vision for what comes next.

The new plan involves preserving the artistic core of what makes the Nicholas Building what it is, while also revitalising parts of the building and opening it up to the public. This includes a new glass pavilion to be built on the rooftop, a green space open to the public – and bringing the old ballroom back to life.

Opening up these spaces means the building will be able to accommodate more events and performances and will be able to work with festivals, making it “a flexible multi-arts performance venue right in the centre of town” says Vacirca. “The whole building becomes not only a creative engine room for production, but also a metabolic platform.”

He emphasises that even as the building opens up it would be a priority to retain the character and the community of the Nicholas Building. “Part of that vision that we have is also about ensuring that individual tenants continue to retain their autonomy, and the fact that they can just close the door and create that amazing work.”

Further plans for the rooftop include a potential community garden and looking at how more natural light could be brought into the building. Vacirca also points to the organisations that will be displaced from their current locations due to the development of the NGV’s contemporary gallery as potential new tenants.

The three-way partnership is a blend of private, government, and philanthropic investment. Under this model, Forza Capital would purchase and own the building, and the foundation would hold the lease for levels two to nine, for 15 years to start with, as Vacirca explains. So what needs to be done to make the plan become a reality? 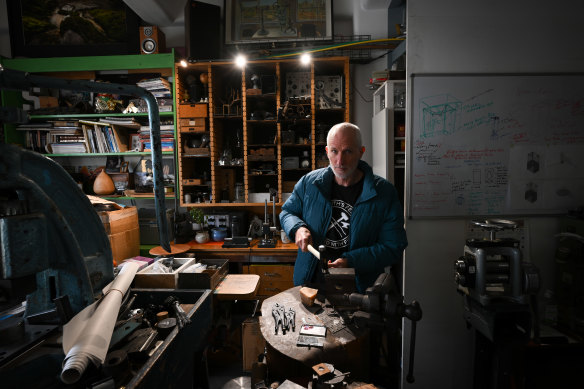 “We need the state [government] to step in and say, ‘Yes, we’re willing to get behind this, and we will back this deal’,” says Vacirca. “Which essentially means they need to come up with an amount of money which they’re willing to contribute.”

When contacted by The Age about the proposal to join the consortium, a government spokesperson said, “Only a Labor government will deliver for Victoria’s creative industries and we’ll continue looking at ways to best support tenants, like those in the Nicholas Building, while balancing the needs and priorities of creatives across the state.”

For Vacirca, this battle is personal. He’s been a tenant in the Nicholas Building since he was in his 20s and while his art has taken him around the world, “I’ve always come back to that room”, he says. Asked why it’s so important to keep up the fight, his answer is comes down to the community, and the sharing of ideas and creativity. “It’s just managed to continue to operate and function as a creative space and provide a vitality and a culture in the inner city, which otherwise, just frankly, doesn’t exist.”