The alleged murder-suicide pact between a European Prince and a lowly Baroness more than 133 years ago has inspired the Royal Ballet’s latest production, Mayerling.

Prince Rudolf of Austria died on 30 January 1889, aged 30, after shockingly committing suicide with one of his mistresses, 17-year-old Baroness Mary Vetsera, at his hunting lodge in the Viennese woods near the town of Mayerling.

But the mysterious circumstances of their deaths hit international headlines and sent ripples of curiosity across the world.

To mark 30 years since the British choreographer’s death, the theatre company are reviving the 1978 ballet from October 5 to November 30 at the Royal Opera House in Covent Garden, London. 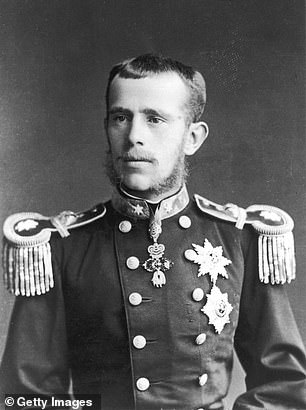 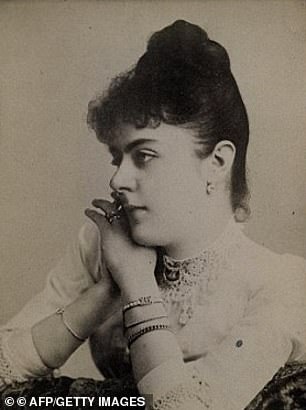 Prince Rudolf of Austria (pictured left) died on 30 January 1889, aged 30, after shockingly committing suicide with one of his mistresses, 17-year-old Baroness Mary Vetsera (pictured right), at his hunting lodge in the Viennese woods near the town of Mayerling 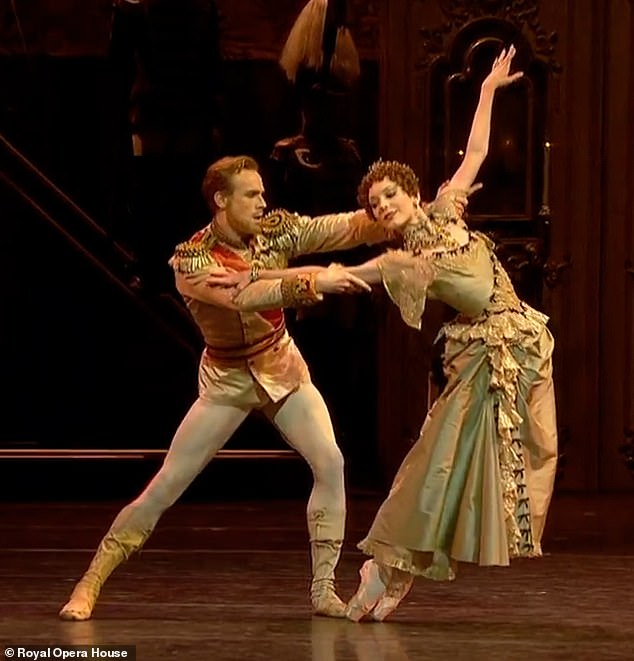 The bodies of the Baroness and the Crown Prince, who was the heir to the Austro-Hungarian throne, were found shot to death in January 1889 at his hunting lodge.

But the exact circumstances of their suicide pact, known generally as the ‘Mayerling incident’, still remain unclear.

Some theorists claim the prince – who was reported to have had a morbid fascination with death shortly before his own passing – shot his lover in the early hours of the morning before turning the gun on himself some hours later.

Others claim they killed each other, and yet more claim they were both murdered while they slept.

Some claim that the Baroness was pregnant when she died, just two months before her 18th birthday, while others refute this.

Rudolf’s reformist and liberal ideas meant he received very little affection from his conservative father, Emperor Franz Joseph (from the House of Habsburg). The prince’s viewers were closer to those of his mother, Empress Elizabeth (known as the loveliest woman in Europe).

His father excluded him from the business of government and arranged his marriage to Princess Stephanie, daughter of Leopold II of Belgium, in May, 1881. She was only 15 at the time.

However, while the marriage was thought to be a happy one at first, shortly after the birth of their only child, Elizabeth Marie, in 1883, the relationship began to sour. 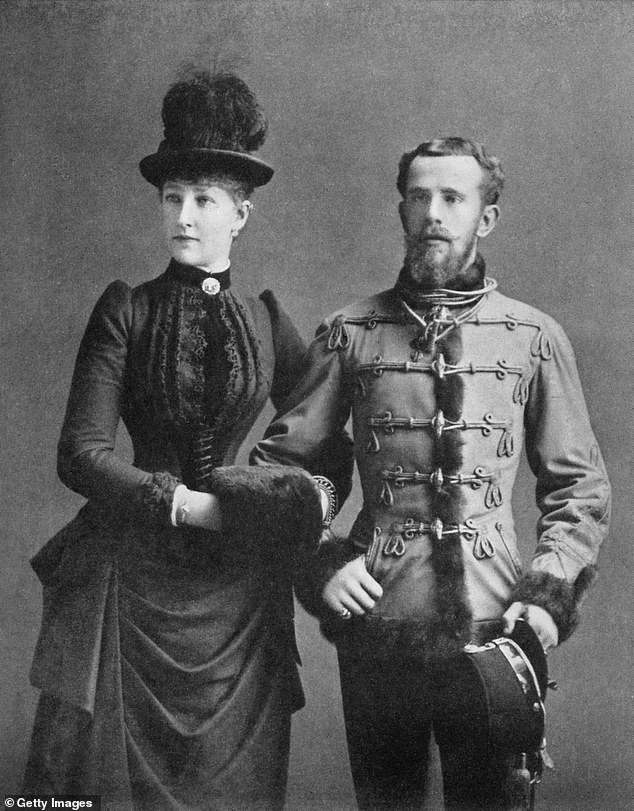 Rudolf’s father excluded him from the business of government and arranged his marriage to Princess Stephanie (pictured together), daughter of Leopold II of Belgium, in May, 1881. She was only 15 at the time 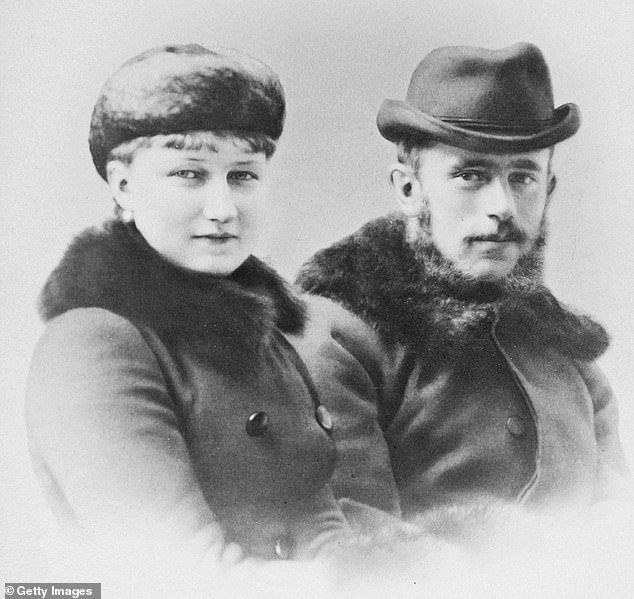 However, while the marriage was thought to be a happy one at first, shortly after the birth of their only child, Elizabeth Marie, in 1883, the relationship began to sour. Pictured, Rudolf and his wife Stephanie

It is said that Rudolf – who enjoyed several affairs – likely infected Stephanie with a sexually transmitted disease, resulting in her becoming infertile and unable to provide a male heir.

The prince was said to be a sensible, well-educated and serious man, who spoke several languages, had two books published and was ‘deeply aware of his responsibilities’, according to The New York Times.

Handsome, extremely popular with women, and well liked by the troops he commanded, the prince had continuous affairs – including most notably with dancer Mizzi Kaspar.

He had also travelled widely and visited England on a state visit in 1887, where he was said to have formed some of his political opinions.

The prince even charmed Queen Victoria, who invested him with the Order of the Garter, and he reportedly became friends with Edward, Prince of Wales.

Three months before his death, 30-year-old Rudolf met the young, 17-year-old Baroness Mary Vetsera for the first time – a meeting which was ‘carefully arranged by the Baroness’.

Mary – whose father belonged to the lesser Austrian nobility – had reportedly vowed to ‘conquer Rudolf’ and the pair continued to meet. The Baroness was said to be immediately – and extremely – taken with Rudolph. 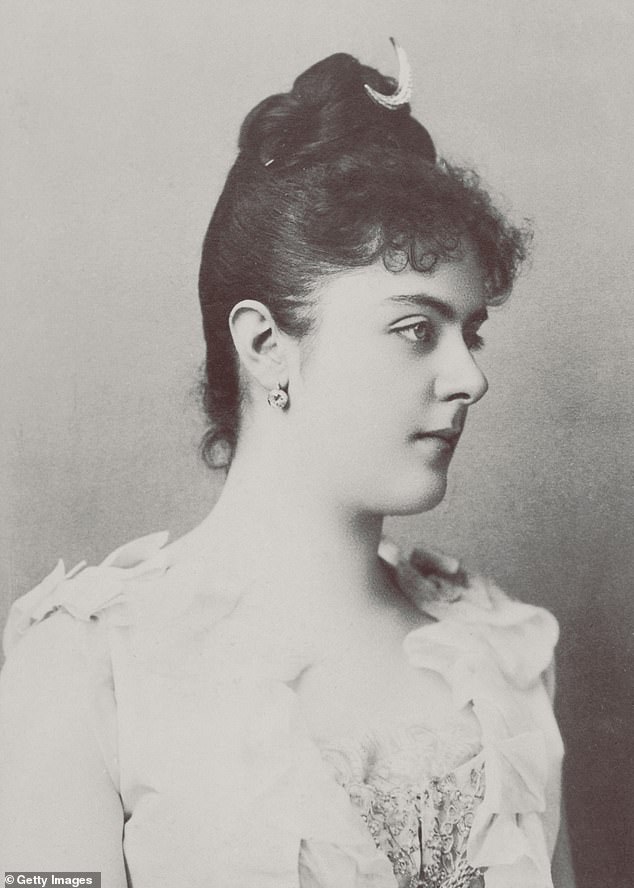 The mysterious circumstances of Rudolf and Mary’s deaths hit international headlines and sent ripples of curiosity across the world. Pictured, Mary

He eventually gave her an iron ring, to be worn on a chain around her neck, which had the initials for a phrase which when translated in English said ‘in love united until death’.

THE RISE AND FALL OF THE HOUSE OF HABSBURG

The House of Habsburg was once Europe’s most powerful royal family that supplied the continent with a nearly uninterrupted stream of rulers.

Also spelled Hapsburg, the name came from the castle of Habichtsburg, meaning Hawk’s Castle, built in the 11th century in Switzerland.

The family can be traced back to the 10th century and it established a hereditary monarchy in Austria in the 13th century.

From 1452 it held the title of Holy Roman Emperor almost continuously until the empire was dissolved by Napoleon in 1806.

It reached its greatest extent in the early 16th century under Charles V, who, through diplomacy, marriage, and conquest, ruled one of the largest empires ever created.

In addition to its heartland in central Europe, it included Spain, the kingdom of Naples and other parts of Italy, and most of the Netherlands, as well as vast colonial possessions in the Americas.

When Charles abdicated in 1556 the empire was divided between his son Philip, who inherited Spain, the New World colonies, the Italian possessions, and the Netherlands, and his brother Ferdinand, who inherited the rest (the ‘Austrian’ territories), as well as the title of emperor.

The Habsburgs ruled in Spain until 1700 and in Austria until 1918, when the upheavals of the First World War brought the dynasty to an end.

However, iron rings with similar inscriptions were common presents for young lovers in Vienna at the time.

But in January 30, 1889, they were found dead together. Reports suggest Rudolf – plagued by political loneliness and unhappy in the trajectory of his life – propositioned Mary with a suicide pact, according to Britannica.

The Baroness’s farewell letters, addressed to her mother, brother and sister, were discovered in a Vienna bank vault 126 years after her death, by bank employees having a vault clear out.

‘Please forgive me for what I’ve done, I could not resist love’, the Baroness wrote to her mother, Helen Vetsera, the member of a wealthy Ottoman Empire family.

‘In accordance with Him, I want to be buried next to Him in the Cemetery of Alland. I am happier in death than life.’

The Austrian National Library said in a statement after the letters were revealed: ‘An unknown person deposited a leather-bound folder containing numerous personal documents, letters and photographs of the Vetsera family, including the farewell letters of Mary Vetsera from 1889.’

Scientists hailed the discovery of the letters as ‘sensational’ since, with the exception of a farewell letter from Rudolf to his wife, Stephanie, no other documents from the incident were believed to have survived.

‘Until now, it had been assumed that the letters had been destroyed after the mother’s death,’ added the library.

However, despite her wishes, Mary and her lover wouldn’t be buried together.

Rudolf was buried in Vienna, in Capuchin Church’s Imperial Crypt.

The World of the Habsburgs website says claims of suicide meant he wouldn’t be allowed a church burial, so instead personal favours meant a medical certificate showed him as not being responsible for his actions at the time he killed himself.

A ‘sham’ post mortem then concluded that Mary died of suicide, and her body was removed from Mayerling for a secret burial.

To guarantee an unnoticed journey out, she was apparently dressed up to look alive, and placed with a stick up her dress in a carriage.

Rudolf’s mother spent the rest of her life broken by the incident, and only wore black or pearl grey, as well as opting to spend a period of time away from Vienna. 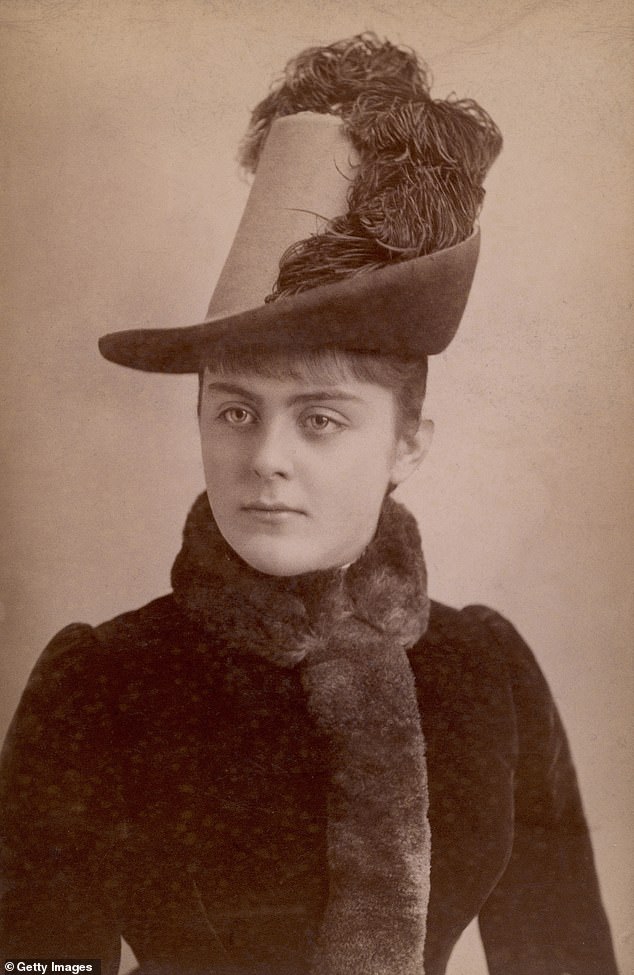 The bodies of the Baroness and the Crown Prince, who was the heir to the Austro-Hungarian throne, were found shot to death in January 1889 at his hunting lodge. Pictured, Mary

Rumours of Rudolf’s instability had raged for years before the incident, historian Mathew Lyons claimed in a blog post.

He said that some thought Rudolf had the ‘Bavarian kink’ – from his mother’s side, marked by heavy drinking and chronic fatigue.

Letters from Prince Philipp of Coborg to Queen Victoria even suggested Rudolph’s previous fall from his horse may have ‘brought his brains into disorder’.

According to Virtual Vienna, official reports showed that the deaths were ultimately due to Franz Josef’s demands that the pair break their affair off, thus resulting in a suicide pact.

But many question this theory, with some going as far as to suggest that Mary and Rudolf were killed as part of a plot to silence the Crown Prince following his alleged refusal to take part in a plot which would see his father killed. 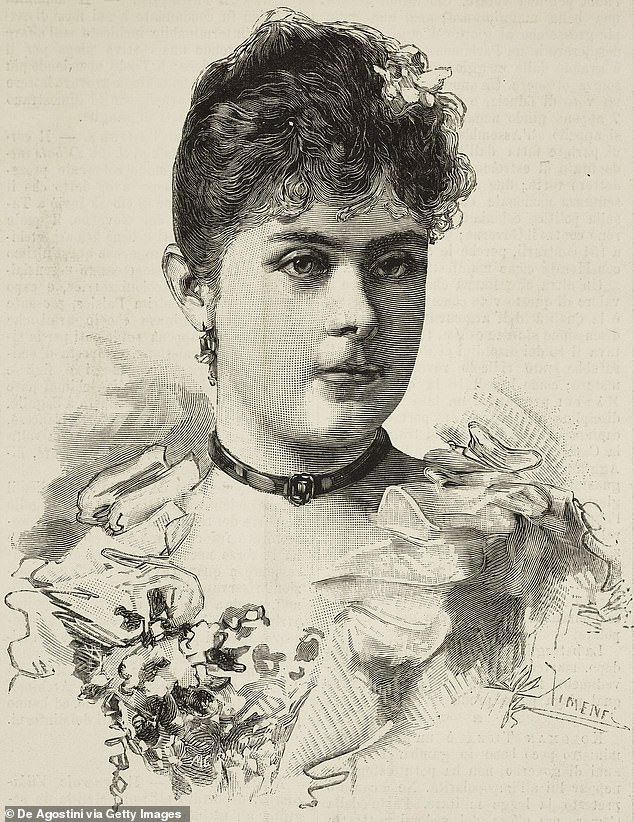 But the exact circumstances of their suicide pact, known generally as the ‘Mayerling incident’, still remain unclear. Pictured, Mary

This claim was staunchly held by Empress Zita, the last Austrian emperor’s widower.

Mary’s remains were stolen from the Heiligenkreuz cemetery where she was buried in 1992, and once tracked down were reportedly examined to show there was nothing on her skull to suggest she was shot in the head. It instead suggested her death was from violent blows to the head.

Further study of Rudolf’s remains also suggested evidence of a major struggle before he died, and showed all six bullets fired in the double death came from a gun which didn’t belong to him.

A description of the The Royal Ballet’s revival said: ‘Inspired by dark and gripping real life events, this Royal Ballet classic depicts the sexual and morbid obsessions of Crown Prince Rudolf leading to the murder-suicide scandal with his mistress Mary Vetsera.

‘The oppressive glamour of the Austro-Hungarian court in the 1880s sets the scene for a suspenseful drama of psychological and political intrigue as Rudolf fixates on his mortality.

‘Kenneth MacMillan’s 1978 ballet remains a masterpiece of storytelling and this revival marks 30 years since the choreographer’s death.

‘Expect to see the Company at its dramatic finest across potent ensemble scenes and some of the most daring and emotionally demanding pas de deux in the ballet repertory.’