AS Brits look forward to a bit of retail therapy from April 12 when non-essential shops reopen, some stores will be missing from the high street for good.

Household names such as Debenhams have had to shut their shops for good as Covid has ravaged the retail sector. 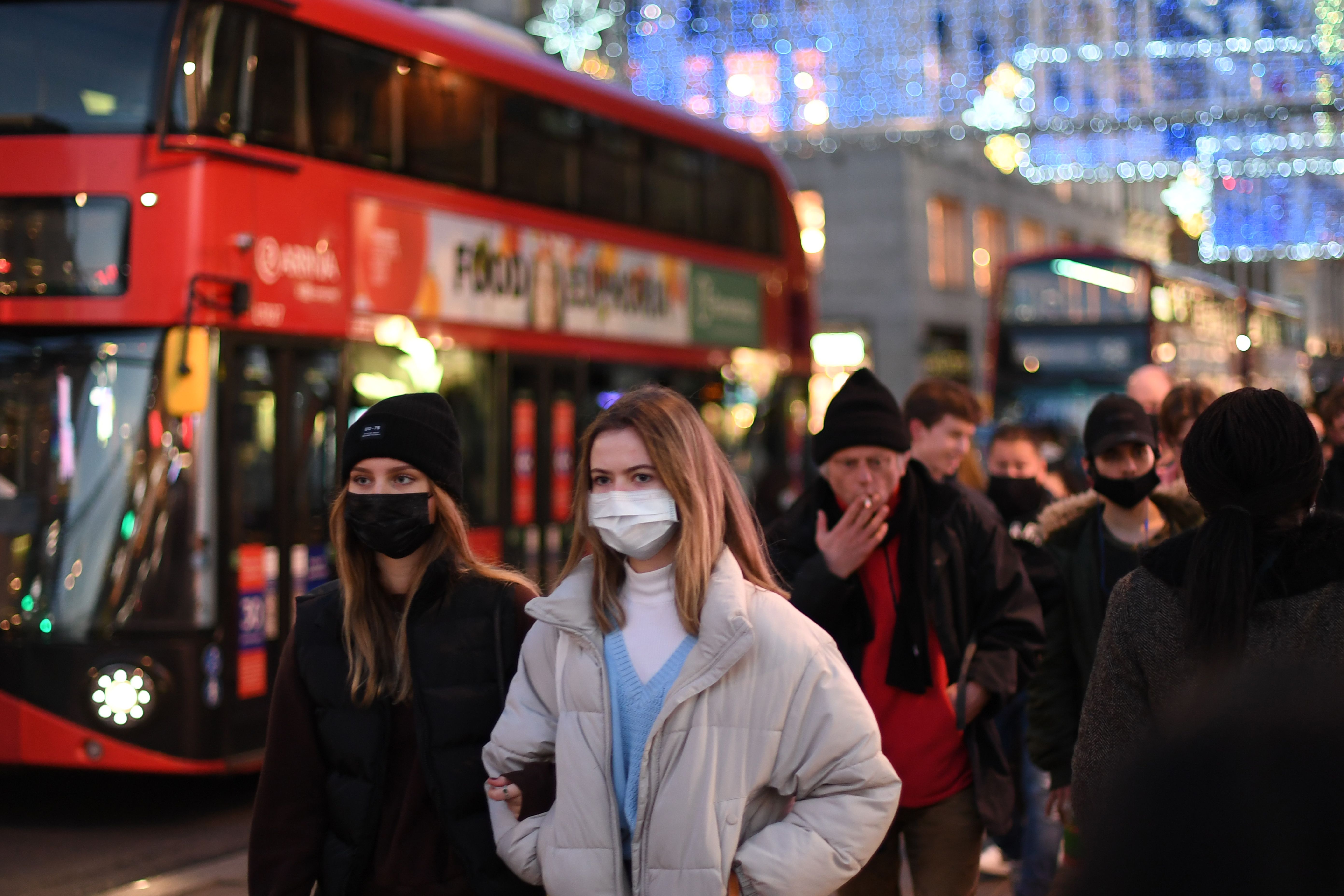 Stores classed as non-essential retail have had to close at various times throughout the Covid crisis – and are still closed under the third lockdown.

Industry leaders said the pandemic has been the “worst time ever for retail” last year, warning that one in five high street stores plan to close permanently.

And shops have axed tens of thousands of jobs during the pandemic in the struggle for survival.

Here’s a list of shops that have had to shrink their number of stores – or even close for forever:

Once the go-to store for fashionable teens, Topshop was often considered the jewel in the crown of Philip Green’s retail empire.

But it collapsed in November when parent company Arcadia fell into administration.

ASOS bought Topshop, alongside Topman and Miss Selfridge, earlier this month as part of a £330million deal to save the brands.

But ASOS didn’t buy the physical shops as part of the deal, and 2,450 shop workers face redundancy.

You can still shop at Topshop, Topman and Miss Selfridge online on ASOS’ website.

ASOS has spent millions of pounds on a social media campaign to tell customers it has taken over the brands.

It is also launching new Topshop and Topman products over the course of this month.

Hot on the heels of its Debenhams takeover, Boohoo swooped in on all three shops, buying their brands and websites as part of a £25.3million deal this month.

However, Boohoo didn’t buy the physical shops, which means a total of 214 stores will close forever, putting 2,450 jobs at risk.

Announcing the deal, Boohoo said it aims to integrate the three brands onto its own platform by early May.

You can still shop online now on each of the brands' own websites.

It then went into liquidation in December after JDSports pulled out of rescue talks to save the 241-year-old retailer.

Boohoo swooped in to buy the Debenhams name and website in a £55million deal last month – but not its 124 stores.

You will initially be able to shop in stores when lockdown lifts, as the retailer will continue to clear stock in its shops before shutting them forever.

You can still keep shopping online at Debenhams.

Boohoo said it will rebuild and relaunch the retailer's website and expand the range of products it sells.

John Lewis – some branches to close

Some of John Lewis’ stores will close forever as the department store giant looks to slim down its number of shops.

It confirmed in August last year that eight stores will never reopen – putting 1,300 jobs at risk.

Another eight stores could close permanently on top of the ones already announced, The Sunday Times reported last week.

Shoe retailer Aldo collapsed into administration at the beginning of June and announced that five stores will remain permanently closed.

Customers in the UK can continue to purchase Aldo footwear from its online platform, as they have done throughout the coronavirus crisis.

We've asked Aldo for an update on whether it will reopen more stores and we will update you as soon as we can.

Luxury luggage brand Antler went into administration in mid-May last year, with the loss of 164 jobs out of a 200-strong workforce.

What type of stores can reopen from June 15?

HERE’S a list of some the key retailers that will be allowed to reopen from next Monday:

The firm’s failure was triggered by the halt to global travel and shutdown of stores amid the pandemic, KPMG said.

An ATR group company bought the business' online business and assets – but not the company's stores.

You can still shop online at Antler.

We've asked Antler for an update on what will happen to the stores and we will update you as soon as we can.

Rent-to-own firm BrightHouse, which had 2,400 employees, went bust in March last year during the first week of lockdown and appointed Grant Thornton as administrator.

The high-cost credit firm had already been struggling to stay afloat due to a surge in compensation claims over irresponsible lending.

But after investors withdrew support for a proposed restructuring plan because of the coronavirus crisis, it shut up shop for good.

Laura Ashley went bust in March, just before the lockdown was brought in, putting 2,700 jobs at risk.

It had been doing well before the pandemic struck, during the seven weeks to March 13, with trading up 24 per cent on the same period a year earlier.

But it said the virus had an immediate and significant impact on trading and its main shareholder, MUI Asia Limited, was not able to step in with the money needed.

In October,a deal was announced that would see Next sell Laura Ashley home products online and across its 500 stores in the UK and Ireland.

We've asked for an update on what will happen to Laura Ashley stores.

The retailer entered administration in the first week of June last year after the coronavirus crisis shattered its turnaround plan. 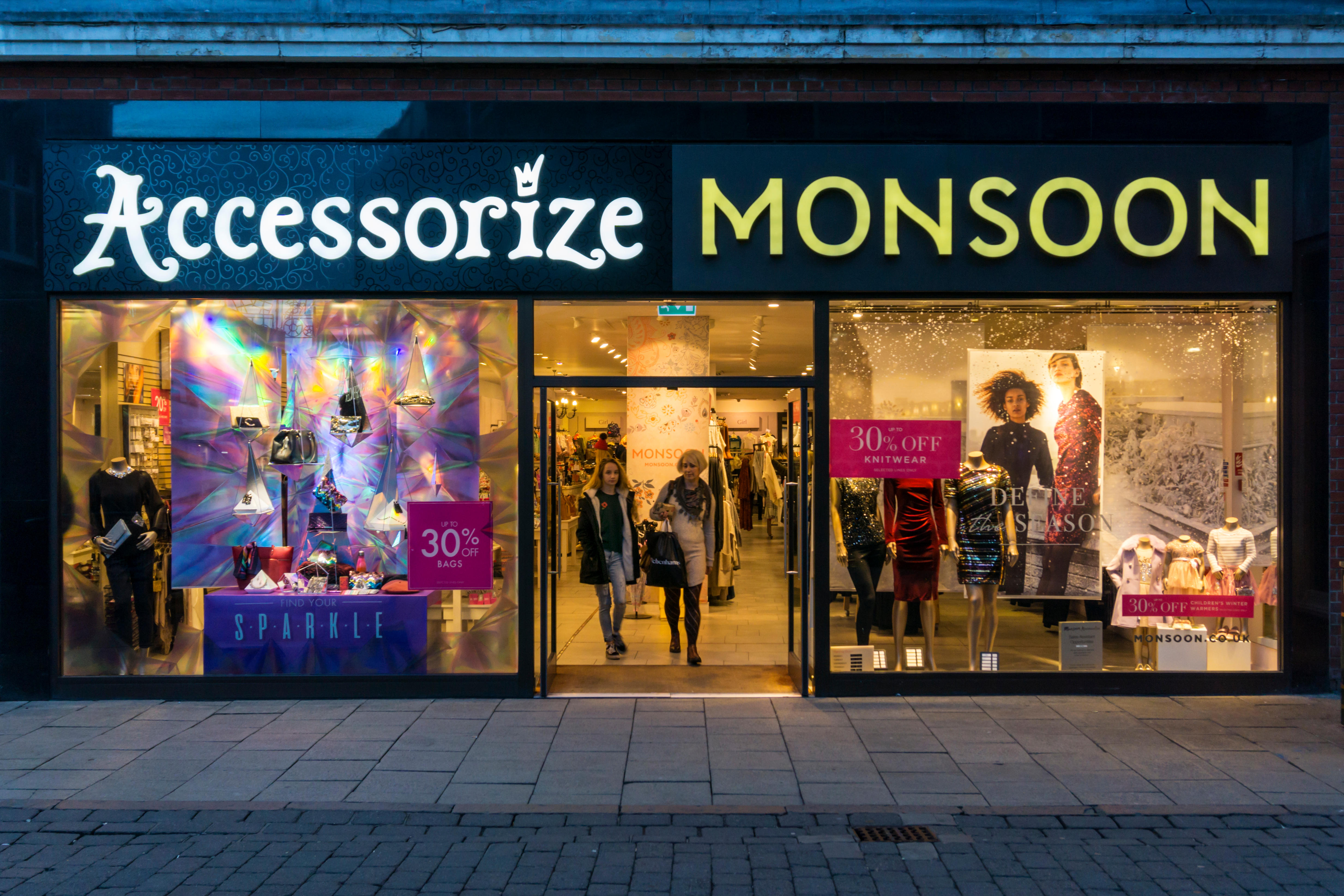 But its founder Peter Simon bought it out of the pre-pack administration almost immediately.

However, the deal meant 35 stores would shut permanently and 545 staff were made redundant.

But it also saved 155 stores and more than 2,500 jobs across the UK and Ireland.

You can still shop online at Accessorize and Monsoon, as shops are closed under the third lockdown.

Fashion giants Oasis and Warehouse went bust in April last year leading to 1,800 staff bring placed on furlough, and 202 being made redundant.

Boohoo then bought the two brands and online businesses for £5.25m in June – but not the stores.

Boohoo said it would integrate both businesses onto its own website platform.

But you can still continue to shop online on Warehouse's and Oasis' website now.

Fashion chain Quiz placed part of its business that runs its 82 standalone stores into administration in June last year.

The fashion retailer's subsidary, Zandra Retail, bought back majority of the business and assets later that month.

As part of the deal, 11 stores permanently closed and 93 employees were made redundant – but 822 jobs were saved in total.

When will Primark, Argos, H&M and Dunelm reopen after lockdown? We explain all you need to know.

Hairdressers will open from April 12 along with gyms and non-essential retail.

Meanwhile, pubs will reopen for indoor drinking in May after outdoor service returns in April.

high, not, reop, shops, street, the
You may also like: