Follow
Home » Lifestyle » The Miz Is ‘Sick Of Going Up Against Celebrities’ After Bad Bunny Loss: ‘I’m Done’

After WWE champion The Miz lost to Puerto Rican rapper Bad Bunny in an unlikely match at Wrestlemania, the pro wrestler spoke to HL about his next match.

Bad Bunny surprised everyone watching Wrestlemania when he beat WWE veteran Mike “The Miz” Mizanin. Now, a month after the big event, The Miz spoke to HollywoodLife.com in an EXCLUSIVE interview about the potential for a rematch and going up against other celebs. “Look, if Bad Bunny wants to take some time off of his sold out tour — which I take credit for because after rubbing elbows with The Miz, he now has a fully sold out tour — but if he wants one on one rematch, so be it, let’s go,” the WWE star told HL, in partnership with Lotrimin and their new #GoWithConfidence campaign.

Despite the loss, The Miz had nothing but praise for his former opponent. “Honestly, Bad Bunny is a huge megastar, one of the biggest recording artists out there today and if he puts forth the amount of effort in a tag match, I can only imagine the effort that he would put forth in a singles match,” he predicted. 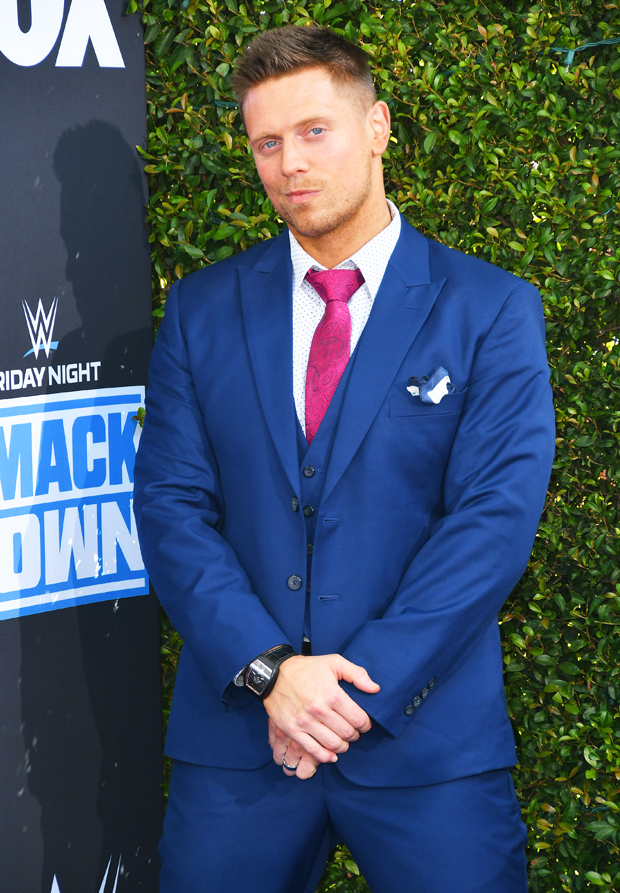 As for going up against other celebs in the ring? The Miz admitted he is “done losing to celebrities.” “If you bring in a celebrity, I’m just going to show them the right way to come into the WWE, and honestly, I don’t want to match them,” he said. “Maybe I’ll just manage them, maybe I’ll be partner with them, maybe I’ll tag with them, because I’m sick of going up against them.”

The Miz & Mrs. star also spoke about his partnership with antifungal cream Lotrimin’s new #GoWithConfidence campaign, as well as their Soles4Souls celebrity charity auction. “Soles4Souls is a charitable organization that helps people find sustainable jobs and provides to people in need shoes and clothes, so they partnered with Lotrimin and eBay to create #GoWithConfidence campaign,” The Miz explained. “Celebrities are donating their autographed shoes that you can bid on, and all proceeds go to Soles4Souls.”

A post shared by Mike "The Miz" Mizanin (@mikethemiz)

From May 18 – June 28, 2021, Bayer will donate $1 for every Lotrimin AF Daily Prevention product sold in the U.S. to Soles4Souls, up to a maximum of $50,000. Bayer is also making a one-time donation of 50,000 units of Lotrimin AF Daily Prevention Deodorant Powder Spray to Soles4Souls. ” I’m always telling people, ‘Take care of your feet, take care of your body, take care of everything,’ because your body is your instrument. It’s what you need to make you, you.”