The most attractive eye colours on dating apps revealed

Men find blue-eyed women most attractive while men with hazel eyes appeal most to the opposite sex, study of dating app users reveals

Blue-eyed women are the most attractive to men on dating apps, while men with hazel eyes receive the most matches from female singletons, a new study has revealed.

The research, conducted by UK contact lens supplier Lenstore, was carried out by creating profiles for a male and female model on Bumble, Tinder and Hinge.

The colour of their eyes was digitally modified, with researchers measuring the number of matches each one received. All other aspects of their profile remained the same.

Results showed men with darker coloured eyes were the most appealing to women. Meanwhile men were most attracted to women with blue eyes.

Speaking to FEMAIL, UK experts explained why these two colours might be the most appealing – and delved into the science behind why people might find themselves drawn to specific eye colours. 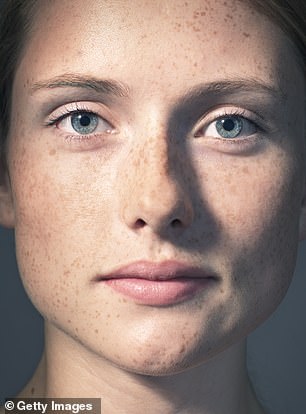 Blue-eyed women are the most attractive to men on dating apps, while men with hazel eyes receive the most matches from female singletons, a new study has revealed. Stock images

When looking at the evolution of our eye colours and the significance behind this, Dr Alexander Lapa, psychiatrist at Ocean Recovery Centre said that historically darker eyes have been more attractive.

‘Our earliest Homosapien ancestors are known to have originated close to the equator in today’s central Africa.’ said Dr Lapa.

‘Being so close to the equator meant exposure to high-intensity UV light. The constant harmful UV rays meant, as per natural selection, those with more melanin and, as a result, darker skin and eyes were more likely to live longer; increasing the chances of survival into adulthood and therefore the likelihood of procreation, passing on dark features to their children.

‘This reinforced darker skin, hair and eyes within the gene pool.’

Which eye colours got the most matches on dating apps?

Most attractive to women:

Most attractive to men:

He said of lighter eye colours: ‘Cultural factors often dictate the collective consciousness of what is deemed attractive. Typically, blonde hair and blue eyes were highly valued and often emphasised and portrayed in the media.

‘While we all have our specific preferences, we have often been subject to conditioning to what is deemed socially attractive. The recent rise in popularity of social media only perpetuated this.’

WE’RE ATTRACTED TO THE SAME COLOUR EYES AS OUR PARENTS

‘Some past studies have suggested that we are attracted to those with similar physical traits to our parents or even ourselves. This can include having a preference for eye colour that’s similar’, said sex and relationship expert Ness Cooper.

‘Although research on this is still limited, it may be that we like eye colours similar to the caregivers we had when younger due to the bonding that happens through hormonal releases when we’re small, rather than a direct link to genetic family and eye preference.’

Chris Pleines, a relationship expert at Datingscout.co.uk, agreed: ‘We all have a certain type we’re attracted to. We are usually drawn to people who are similar to us, or those who remind us of our loved ones.

‘The hormones that are responsible for attraction are activated when the other person has triggered some similarity or resemblance with people that we have love for in our lives.’

SEXUAL TENSION IS REVEALED THROUGH THE EYES

Chris also claimed that ‘the eyes are the most expressive feature of the face’ and are often deemed attractive as they’re a way of telling whether someone is sexually attracted to you.

‘You can tell whether a person is sad, happy, sincere, or lying through their eyes’, he said. ‘This is one of the reasons why it holds so much impact when it comes to attraction.

‘It also helps a lot in building sexual tension. Just by looking at a person’s eyes, you can find hints whether mutual attraction is possible as well as emotional compatibility.’