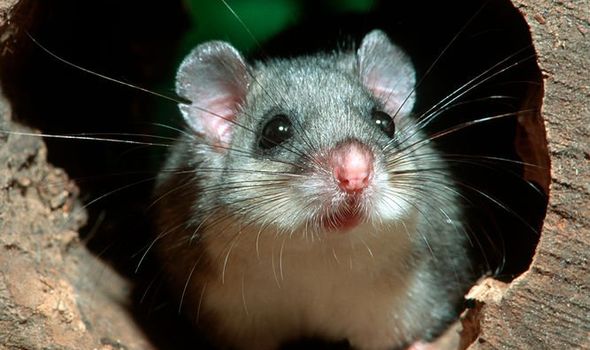 Crawley MP Henry Smith, a member of the Conservative Environment Network, said the Environment Bill going through Parliament does not set a legal deadline for halting wildlife declines. He also pointed out the natural environment supports nearly 750,000 jobs and more than £27billion of the country’s economic output.

Mr Smith said strong action is urgently needed to protect nature in the UK, with nearly half of our species, including hedgehogs and water voles, in decline as well as birds such as the turtle dove.

He said: “The shocking truth is that Britain’s wildlife has been in sharp decline for decades, and this lost heritage threatens our economic prosperity and security.

“Thankfully, the Government has committed to halt the decline of nature by the end of this decade.

“This has the potential to turn the ecological catastrophe around. But only if this target is written explicitly into law as the Environment Bill currently progresses through Parliament.

“A failure to act on these warnings will hit the Treasury’s coffers, and our pockets, hard.

“But putting nature into recovery can create jobs and save us money we would otherwise have to spend in the future, such as on flood defences.”

The Conservative Environment Network, which is backed by 104 Tory MPs, campaigns for greener policies.

Support for a legal commitment to halt nature’s decline in the UK is strong.

A central part of the Daily Express’s Green Britain Needs You crusade is a call to make more space for nature.

As part of this, the Express is fundraising to help the Royal Society for the Protection of Birds buy a nature reserve in the New Forest.

Kit Stoner, the chief executive of the Bat Conservation Trust, stressed how important protecting nature is in the UK.

She said: “In this country, 41 per ent of species are in decline and 15 percent are at risk of disappearing from our shores.

“Eleven of the 47 native mammals are classified as being at imminent risk of extinction, including species like the water vole, dormouse and grey long-eared bat.

“We need to get a legal handle on this right now, so surely it’s time for a State of Nature target?”

RSPB chief executive Beccy Speight said: “The Government has repeatedly promised to halt the decline of nature by 2030. So far, though, they have failed to put those promises into law.”

A Defra spokesman said the Environment Bill’s species abundance target for 2030 will be legally binding and will help halt the decline of nature.

A spokesman said: “Our Environment Bill will deliver the most ambitious environmental programme of any country on earth and drive forward action to protect nature and improve biodiversity.

“We are leading the way internationally with our 2030 species target, which will help to demonstrate our commitment to ambitious domestic action. This is alongside our £640million investment in the Nature For Climate Fund.”

How you can help secure this haven for nature

You can help secure a part of the historic New Forest for wildlife as part of the Daily Express Make More Space for Nature campaign.

The RSPB wants to restore this 91-acre plot dominated by commercial forestry plantations to its natural state of heathland, mixed woodland and marshes – much as it was when William the Conqueror hunted there nearly 1,000 years ago.

This will make it a haven for birds such as the endangered lesser spotted woodpecker and willow tit, as well as toads and newts, marsh orchids and butterflies such as the silver-studded blue.

It will also safeguard ancient oaks which support more life than any other native UK tree species, from badgers to jays, stag beetles to deer, bats to woodpeckers.

And it could help create a new home for Britain’s most spectacular songbird, the nightingale which is on the UK’s red list.

To help raise funds for the RSPB to buy and rewild this precious plot of land please send cheques made payable to “RSPB” to Daily Express Horse Common appeal, RSPB, The Lodge, Sandy, Bedfordshire, SG19 2DL or donate here.

You can also raise money just by using your mobile phone. If you switch your mobile sim card to an Ecotalk + RSPB sim, the RSPB will receive donations every month for as long as you remain a customer.

All the profits are invested in nature and have already helped the RSPB secure the Fairburn Tips in Yorkshire. You can keep your current number.

You can also raise money with the Ecotalk + RSPB sim.

There are many things to treasure about the British summer, not least the numerous wild creatures — like swifts, swallows and sand martins — that bring life and dynamism to our communities at this time of year.

But the shocking truth is that Britain’s wildlife has been in sharp decline for decades, and this lost heritage threatens our economic prosperity and security.

Thankfully, the government has committed to halt the decline of nature by the end of this decade. This has the potential to turn the ecological catastrophe around – but only if this target is written explicitly into law as the Environment Bill currently progresses through Parliament.

In the UK, our natural environment supports almost three quarters of a million jobs and over £27 billion of economic output. Indeed, more than half of the world’s GDP depends on nature.

So it is not surprising that a recent report into the economics of biodiversity, commissioned by Treasury ministers, warned that nature’s decline puts the future prosperity of families across Britain at risk.

Just one example is the risk to food supply caused by a lack of pollinators, fungi and earthworms which make our crops productive, and the resulting pressure this would put on prices in the supermarket.

A separate government review estimated that biodiversity loss across the globe could cost an eye-watering $10 trillion between 2011 and 2050.

So this is not just about protecting our iconic species — though that is important — but also hard-nosed pragmatism.

A failure to act on these warnings will hit the Treasury’s coffers, and our pockets, hard. But putting nature into recovery can create jobs and save us money we would otherwise have to spend in the future, such as on flood defences.

This is recognised by the public, with protecting the environment second only to health and social care as the most popular priority for investment post-Covid.

The government has made a good start with the £80 million Green Recovery Challenge Fund, which funds conservation charities to carry out improvements to habitats, supporting over 2,500 jobs in the process.

There is potential to go further: one recent report found that improving woods, peat bogs and city parks could create over 16,000 jobs across the areas experiencing the worst unemployment.

These projects could benefit us in many other ways, like protecting our homes from flooding. And levelling up access to nature could save us a whopping £2.1 billion in health costs each year because of the boost to our physical and mental wellbeing.

That is why I was delighted that the Government, to much fanfare, responded to the call from members of the public and parliament, including many of my colleagues in the Conservative Environment Network, to set a legally binding target in the Environment Bill to try to halt nature’s decline.

The Government wants this to be the nature-equivalent to our ‘net zero emissions’ target, only for the number of British species rather than polluting gases.

And we have seen with the net-zero target how writing an ambition into law can galvanise the public and private sector into action.

But to deliver this welcome ambition, and provide certainty to businesses across a whole range of sectors, we need a firm and unequivocal target that meets our objective to halt nature’s decline, in the same way that our net zero emissions target will deliver on our ambition to end the UK’s contribution to climate change.

The government’s current proposal is for a target which takes us part of the way there. A simple one-word change, so that the target must actually be to halt nature’s decline by 2030, would put this target on a par with our net-zero climate target.

And in the same way our emissions targets have spurred investment in clean technologies, it would unlock investment from business in our natural environment and accelerate crucial efforts to save threatened British wildlife like the hedgehog.

This awful pandemic has taught us that nothing stands in the way of our great British innovators when there is a job at hand.

Britain would lead the world too, becoming the first country to set an ambitious legally-binding target for nature’s recovery, and UK ministers would have the backing they need to secure a global deal to halt and reverse nature loss by 2030 at the UN biodiversity convention due to take place later this year.

Our economy relies on nature – whether it is our food, energy, medicine or leisure. To protect jobs and livelihoods, and restore our beautiful British countryside for generations to come, we must act now to put nature on the path to recovery.

Henry Smith is a Conservative PM for Crawley