The shocking childhood secret that changed this Hollywood actor’s life

When he was 10 years old, Richard E. Grant woke up in the family car to find his mother having sex with his father’s best friend. “Some secrets simply can’t be shared,” he says, and for the young boy growing up in Swaziland, what he’d witnessed was one of them. Instead, he started to keep a diary, confiding his innermost thoughts to the page.

It would become a lifelong habit for the 65-year-old actor, best known for the cult film Withnail and I and his Oscar-nominated role alongside Melissa McCarthy in Can You Ever Forgive Me? The diary format informs his fourth book, a just-released memoir called A Pocketful of Happiness. 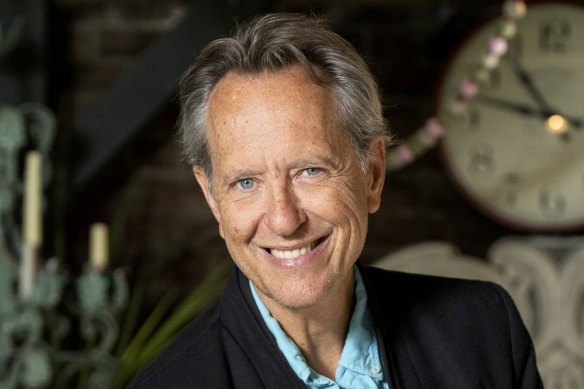 “When you are facing the most impossible end, you still find things to be joyful about,” says Richard E. Grant.Credit:Carsten Windhorst

Spanning 10 months, it is raw, intimate and powerful, starting with the day his beloved wife, Joan Washington, was diagnosed with stage 4 lung cancer and ending with her death in September last year. The structure allows him “to boomerang backwards and forwards in time” tracing the couple’s 38-year love story, his career, childhood in Africa and many erudite musings along the way.

“That’s the way my brain works, it’s not very logical and it does yo-yo about, so I thought if I could write in that way, you could have light and dark co-existing. That is how my experience of life is, it’s not all just one thing or all just another,” he says via Zoom from his cottage in the Cotswolds.

We’re chatting ahead of his one-man show in Australia next month, a prospect that conjures “a mixture of excitement and absolute terror, which is how I feel about every job”.

Despite its rather grim-sounding synopsis, the book is peppered with joy. The title comes from something Washington said to Grant and their daughter, Olivia, days before she died: try to find a pocketful of happiness each day. Parts read more like a diary than others; at times, it’s almost stream of consciousness. There are heart-wrenching scenes and hilarious anecdotes, insights into life and humanity. It’s a voyeur’s delight, courtesy of friends including Gabriel Byrne, Nigella Lawson and Emma Thompson – even then-Prince-now-King Charles.

Grant was determined the book would not be morbid or sad. “I didn’t want that because even when you are facing the most impossible end that you can’t alter, you still find things to be joyful about, or to be hopeful about, during that process. In writing the book, it felt like the most authentic resurrection of Joan that I could possibly create, and it would always be there for my daughter and, if I’m lucky enough to have [them], grandchildren … People could know her from my point of view and have a sense of our lives together.”

The Aberdeen-born Washington, known affectionately as the Colonel, and “Swaz” as she called him, met in 1983 at the Actors Centre in London when he was to learn an Irish accent; she was the voice coach. At the time she was married and had a young son but they would meet again when she was separated, and they married in 1986.

Grant describes himself as emotional, an over-sharer: his Swazi nickname refers to his height and nature as “a man with his head in the clouds”. He admits to being star-struck, mad for the fame and glitter of Hollywood, but says Washington was almost the opposite, grounded and down-to-earth. One of Britain’s best dialect coaches, she was revered for her pioneering work, according to the litany of actors and directors who pay tribute to her at the end of the book, including Ralph Fiennes, Cate Blanchett and Meryl Streep. 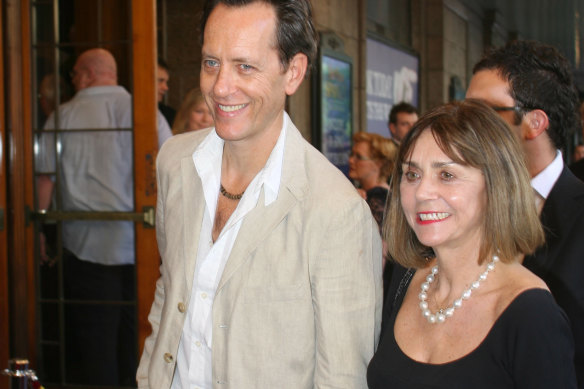 Grant and his wife Joan Washington at the Australian premiere of Spamalot in 2007.Credit:Michele Ferguson

At a particular point in life – and the book – Washington’s oncologist phones to say the trial drug that had slowed the cancer had stopped working. While shocking, the news provides a relief of sorts; Grant saw that her constantly wondering “how much longer have I got” was depleting – and exhausting. “You don’t need to go through this rigmarole of hope being dashed, you know this is it,” he says. “Yep, I think that that was, I’m so glad you pointed that out, it was the most surprising thing about the illness. The thing that you least expect.”

About a week before she died, Washington asked Grant and Olivia “to let her go”. Apparently this is common when people face death, he says; they want to be allowed to be released. “I felt really privileged to be asked and that we said yes. She said ‘I don’t want to die in a hospital or a hospice, I want to die at home with you’. Which she did. That’s as good as it gets.”

Take 7: The answers according to Richard E. Grant

Grant’s film breakthrough came in 1986, with the brilliant Withnail and I, in which he plays an almost permanently drunk unemployed actor, alongside Paul McGann. Did he realise how big it was going to be? Not for a second. He wasn’t even sure it would be released: it was his first movie, it had “no famous people” – Daniel Day-Lewis turned down the part – and minimal plot. Even so, there was no question he wanted to do it: “I thought the script was so great, and unlike any that I’ve seen before or since.”

“When it came out it got a very small cinema release in the UK, it got middling reviews. It was only because of video and subsequently DVD, that it became this cult. It was re-released 10 years after it came out – that was a sweet moment. It was a slow burn.”

The part came as something of a gift after a tricky 18 months during which the acclaimed actor was unemployed. Grant is still “completely flabbergasted” about the film’s success. All credit must go to its writer/director Bruce Robertson, he says. “It begins and ends with the word as far as I’m concerned. Every single thing was scripted, there was no ad-libbing.”

The role kickstarted his career, which he says – possibly truthfully but certainly self-deprecatingly – has often involved playing roles other people turned down. They included parts in Downton Abbey, Doctor Who and Frasier and movies such as Star Wars: The Rise of Skywalker, The Player, Gosford Park and Spice World, in which he played the massively successful girl band’s manager – and which led to a role in Lena Dunham’s Girls.

He also hosted the BBC’s Write Around the World, tracing the footsteps of famous writers and the landscapes that inspired them. In 2005, he directed Wah-Wah, a film loosely based on his childhood, and subsequently a book called The Wah-Wah Diaries.

That shocking childhood secret caught up with him when he had a breakdown of sorts at 42 – his daughter was 10, the same age he was when his mother left home, his analyst told him. “The toxicity of family secrets, suddenly liberated by exposing them,” he writes.

Grant has been to Australia several times in the past two decades, to film Hildegarde, about a kidnapped duck, to play Henry Higgins in My Fair Lady opposite the late Taryn Fiebig, and to make Palm Beach alongside Bryan Brown, directed by Rachel Ward. There was also Kath & Kimderella, a movie he loved making with Magda Szubanski, Jane Turner and Gina Riley, who he now counts as friends. Did the Aussie humour translate? “Look at moi, look at moi, look at moi,” he deadpans, adopting a foxy Fountain Lakes accent. “I just found it hilarious.” 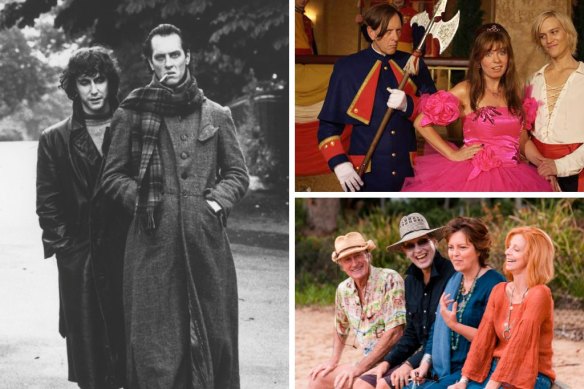 Richard E. Grant in (from left) Withnail and I, Kath and Kinderella and Palm Beach.

Up next is Saltburn, a film about a family of English aristocrats, written and directed by Emerald Fennell with Margot Robbie as an executive producer. It’s Fennell’s second offering, after the Oscar-winning Promising Young Woman; Grant describes her as “an absolutely amazing young talent”.

When nominated for the best supporting actor Oscar for Can You Ever Forgive Me? in 2019, he posted a typically exuberant, gleeful reaction on Twitter. Some parts of the media were sceptical about his response. “[They said] that I had somehow dreamt up this social media campaign to bamboozle people into thinking I was genuinely excited to be on this ride of a lifetime.”

The reason he is frank and uncensored, he says, is his Swaziland upbringing. “I think more than anything the unfiltered nature bit underlines the fact that I’m not English. The tall poppy syndrome, that idea ‘don’t get above yourself’, I’ve been getting those things all my life,” Grant says. “I just don’t have that filter, I think that Brits really do and they sometimes penalise you.

“If I could act that cleverly I would have five Oscars by now.”