While Selena: The Series focuses heavily on what happened in Selena Quintanilla’s life, it also dives into the lives of her family members, including her older sister, Suzette Quintanilla. Suzette’s wedding to Bill Arriaga is featured in part two of the series, sparking questions about the real-life nuptials.

Backing up a sec: Suzette was in the family band Selena Y Los Dinos with Selena (she played the drums), and she served as an executive producer on Selena: The Series. Basically, it’s fairly safe to assume that references to Suzette’s life are probably going to be pretty accurate.

In the series, viewers see Suzette fall head over heels almost immediately after meeting Bill. The two ended up getting married in the series and, it’s worth noting, Selena’s future murderer Yolanda Saldívar served as a bridesmaid.

But, of course, this is a TV series we’re talking about here. Did Saldívar actually serve as a bridesmaid in Suzette’s wedding? And is Suzette still married to Bill? Here’s what you need to know:

It’s eerie to think about it now, but back then, Saldívar was considered a family friend. And, according to IMDb, she was actually a bridesmaid in Suzette’s 1993 wedding to Bill.

Suzette and Saldívar actually knew each other for a few years before Suzette’s wedding— Yolanda started a fan club for Selena in 1991.

The couple has now been together for 28 years. Suzette has a public Instagram account, and she occasionally shares pics of herself with her husband.

Suzette and Bill have a son, Jovan.

While Suzette’s ‘grams are mostly about her sister and, lately, Selena: The Series, she shared in March that her son Jovan celebrated his 23rd birthday. “❤️ Momma loves you 😘❤️❤️❤️My 23!” she wrote in the caption of a sweet shot of the two of them.

Jovan is on Instagram, but he keeps a pretty low profile. 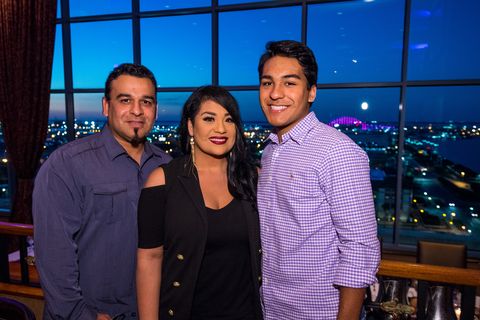 ‘Copyright is for losers’: how did Banksy’s brash claim backfire?

This KitchenAid Mixer Is $120 Off At Target, So It's Time To Make Your Baking Dreams Come True