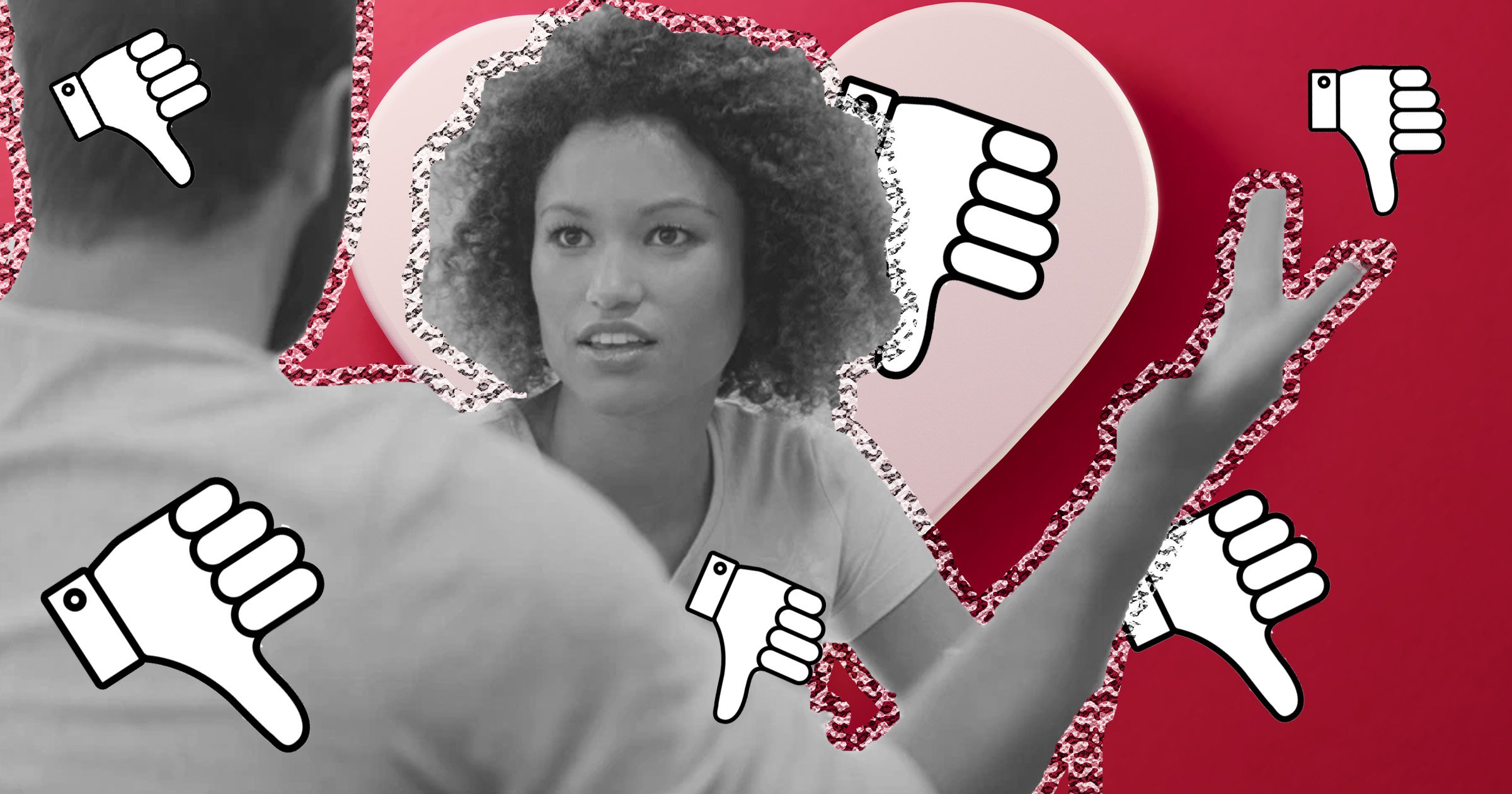 Sometimes a small annoying thing someone does can become a big, unbearable deal to you.

Everybody has their little quirks and idiosyncrasies – everyone – and sometimes they’re just too much for certain people to bear.

If you really, really love someone, however, you may well find yourself surprisingly unbothered by things that would have driven you up the wall if done by anyone else.

This is an article about the people who found themselves dating an ‘anyone else’.

From breaking up with someone for their over-use of ketchup to refusing a second date because they wouldn’t stop laughing at a Hotmail account, here are some of the weirdest and funniest reasons why people have broken up with someone.

After all, if you can’t see past the little things, surely there’s no point carrying on the relationship, right?

*Warning: Some of the following is NSFW*

‘I refused to go on a second date with a guy who kept talking about his job and then telling me it was far too secretive to tell me anything about it.

‘I once broke up with someone because they had an obsession with ketchup.

‘They would literally put it on any meal and if we were eating out and the restaurant didn’t have any, they would get really angry.

‘The final straw for me was when I invited them home to meet my parents. We had roast lamb and they asked for ketchup! Suffice to say, my parents were pretty shocked.

‘I broke up with them straight after that.’

‘I met a guy at a comedy show, we had a great laugh and ended up back at his. He was a proper crusty goth with long hair – right up my street – and the sex was admittedly amazing.

‘However, as soon as I saw his penis, I know it’d be a one-time thing. I tried to make it work, but genuinely it’s not normal to be unable to walk after a shag. Anyway, I told him why we had to break it off, and he was fine with it (I don’t think it was the first time).

‘He’s still known as “coke can” to my friends because of it.’

‘I once didn’t go on a second date because a girl found it way too funny that I still had a Hotmail account.

‘I went on holiday with my then-boyfriend and the day before we were due to fly home, he left his wet towel crumpled up in the hotel room corner.

‘Mine was hanging outside, so it could dry, ready to be packed the next day, so my suitcase wouldn’t be soaking. The following morning, I packed my towel into my suitcase – and he kicked off at me for not hanging his towel out to dry alongside his.

‘The flight home was awful; we didn’t speak, and I broke up with him as soon as we landed. I’m not a housewife or his mother!’

‘I broke up with a guy for breathing too loudly, being too into health and fitness, and for being vegetarian.

‘It didn’t last especially long (once you hear the loud breathing, you can’t un-hear it).’

‘I once got the ick from a guy who was wearing an under-shirt vest.

‘It reminded me of my cousins when they were kids back in the 90s.’

‘I broke up with a guy because he ate so loudly, even chewing gum, and it drove me mad.

‘He was really lovely, but it killed me every time we had to go for dinner. It’d never have worked.’

‘My friend decided to set me up on a date with a guy he briefly met at a party. He thought we would get on well as he was an extrovert like me.

‘As I arrived, the guy immediately welcomed me by saying: “The bar is full of c***s”.

‘Now I’m not a princess by any means, but it’s not the kind of language I wanted to be welcomed with.

‘His foul language continued for the rest of the date. The C-word was mentioned way over ten times. I did point out that he swore a lot, but his reaction was: “Who gives a flying f**k, everyone swears.”’

‘I met another guy at my gym and after a few dates it was time to get down and dirty. He’s a lovely, sweet boy, so I wasn’t expecting anything too wild but what I did experience was a complete turn off.

‘He smiled the whole time we were shagging. I would turn my face to avoid eye contact, but he would quietly say: “Look at me, you’re so beautiful”.

‘Every time I looked back I was greeted with this huge Cheshire Cat grin. I wanted to change position, so we could do doggy, but he wasn’t up for that, he said he wanted to look at me.

‘Well, I didn’t want to look at his grin for one more minute. The moment he climaxed, he giggled. That was the end of me and the smiler.’

‘He pulled up wearing a tie-dye vest, and instant ick overcame my body – a shiver went down my spine.

‘I swiftly started thinking about the “it’s not you, it’s me” excuses and ended it there and then.

‘He then super liked me on tinder a week later, so maybe romance isn’t dead.’

‘I didn’t go on a third date with someone because they told me they “didn’t like dogs” (what?) and I decided it was a red flag I could not overlook.’

‘I once stopped dating a guy who in his hinge profile said he liked gin and wine, but I later learned on the date that his favourites were Echo Falls and Bombay Sapphire.

‘I couldn’t be with someone who had no taste buds.’

‘He failed his driving theory test thirteen times. How I wish I was joking.

‘Apparently he passed the practical first time, but I was still scared to get in a car with him.’

‘I dated one guy that kept calling hummus “hummus dip” and it drove me absolutely insane. I had to stop seeing him.

And now, a glimpse at things from the flip side…

‘I got dumped after a year and a half because he didn’t like my pyjamas.

‘I can’t remember them, but I’m sure they were cute.’

*Names have been changed

Rush Hour Crush – love (well, lust) is all around us

Tell us about your Rush Hour Crush by submitting them here, and you could see your message published on the site.