Follow
Home » Lifestyle » ‘This is how a bully behaves’: Ukraine pleads for Australian help as Putin orders military call-up

‘This is how a bully behaves’: Ukraine pleads for Australian help as Putin orders military call-up

New York: Ukraine is ramping up calls for Australia to send more weapons and military equipment to fight back against the invading Russian forces, describing Vladimir Putin’s partial military mobilisation and threats of nuclear war as bullying and a sign of desperation. 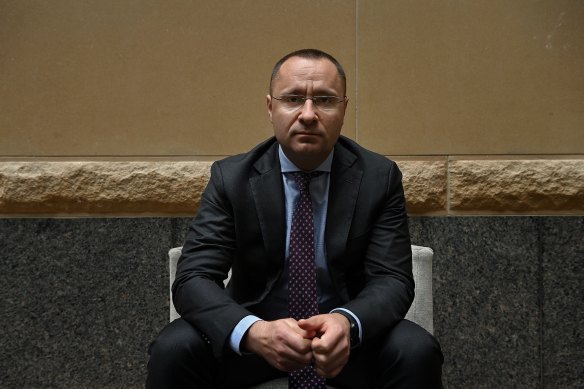 Ukrainian ambassador to Australia Vasyl Myroshnychenko is calling for more support from the Australian government in the fight against Russia.Credit:Kate Geraghty

“Putin is desperate,” Myroshnychenko told The Sydney Morning Herald and The Age.

“He wants people to panic, he wants to frighten the shit out of everyone. This is how a bully behaves.

“The democratic free world cannot afford to cave in to his threats. We need the right weapons now to finish them off.”

Myroshnychenko said he would like Australia to provide Ukraine with a supply of anti-ship missiles known as Harpoons, as well as the additional Bushmasters, 30 Hawkei four-wheel drives and howitzer long-range weapons he has already requested.

“The Black Sea Navy must be gone from Ukrainian ports, we need to get rid of it,” he said.

After meeting with her Ukrainian counterpart Dmytro Kuleba for the second time in two days, Wong described Putin’s latest threats as “unthinkable and irresponsible”.

“In relation to further assistance … we are in contact with our Ukrainian colleagues, we understand the extraordinarily difficult circumstances they face … and we will continue to consider the requests that have been made,” she said.

Australia will “continue to do what we can to support those brave men and women who are fighting for their freedom”, she said.

Federal cabinet will meet in Canberra next week and the issue of additional support for Ukraine is expected to be discussed.

“Australia ought to give what we can and we ought to offer what we can to provide that support for Ukraine,” he said. 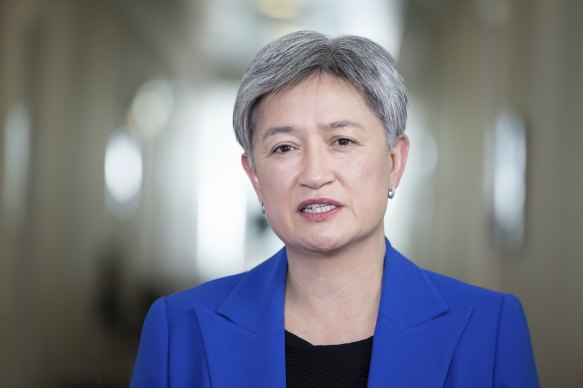 In a national television broadcast in Moscow on Wednesday, Putin announced he would draft up to 300,000 reservists to support its military campaign in Ukraine following recent major setbacks on the battlefield.

Hinting that he was ready to use nuclear weapons to defend what he views as Russian territory, Putin also voiced his support for staged referendums being planned as a precursor to the annexation of occupied areas of Ukraine.

“Russia alone is responsible for the illegal and immoral war, and peace must first lie with Russia withdrawing from Ukrainian territory.”

“We must finally recognise Russia as a state sponsor of terrorism,” he said.