A member of the This Morning team has revealed how she was unable to hug her father goodbye before he died from Covid-19 last year.

Father-of-three Peter Hart, an emergency care practitioner and paramedic in Surrey, was ‘happy and healthy’ before he passed away on his 52nd birthday in May last year.

His daughter Lauren, 23, who joined ITV in 2019 and currently works as a production secretary on This Morning, appeared on the show today to urge the public not become ‘detached’ from devastating reality of Covid. 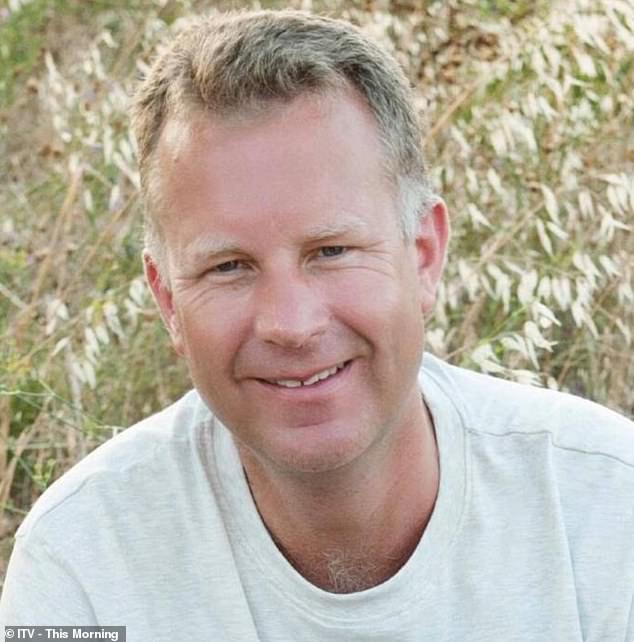 Father-of-three Peter Hart, an emergency care practitioner and paramedic in Surrey, was ‘happy and healthy’ before he passed away on his 52nd birthday in May last year 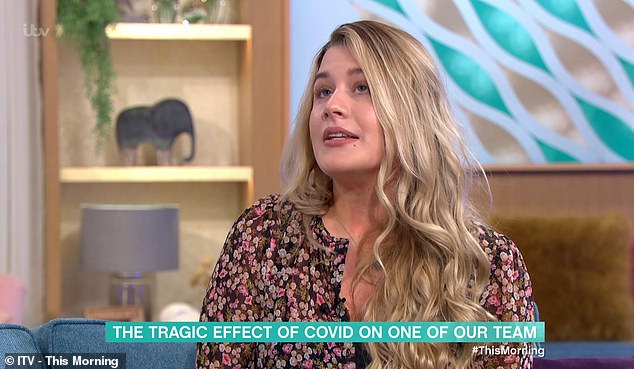 His daughter Lauren, 23, who joined ITV in 2019 and currently works as a production secretary on This Morning, appeared today to tell her father’s story

‘I think it’s been a really difficult year for everybody, especially over the last few months, for my family and for many other families,’ she said.

‘It’s really hit home a lot more due to the second wave of the virus and I felt I wanted to honour my dad by coming on and supporting his colleagues, and the families who are currently experiencing what we went through in May last year.’

Speaking of her father Lauren went on: ‘He was just the most incredible man, I feel so blessed to have had the time I did with him.

‘He absolutely loved his job and the staff at the hospital. He spent his even time off going to see patients and taking our therapy dog in just to bring more happiness to people, which I think really reflects the kind of man he was.’ 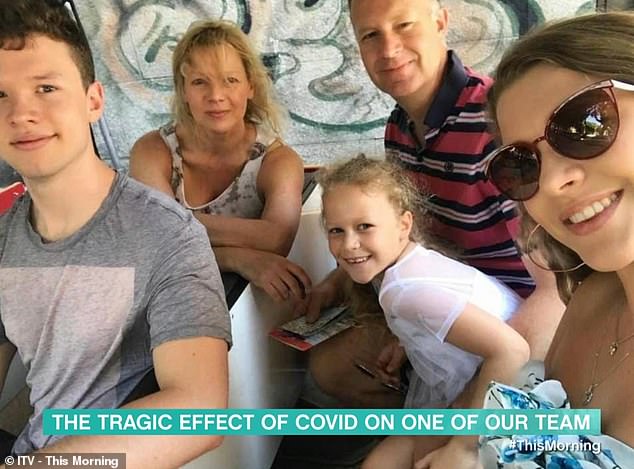 Peter, pictured with his wife and three children, first started battling Covid in March, when he woke up so ill he was unable to leave bed 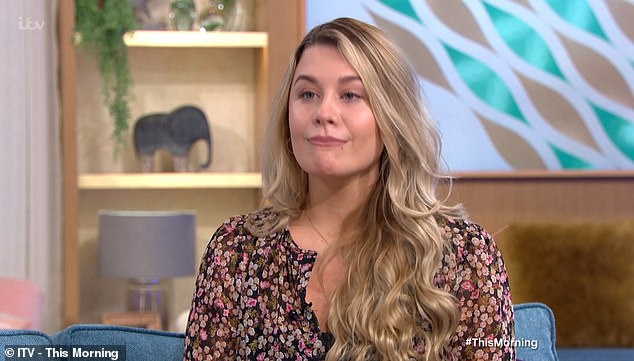 Lauren told how she drove her father into hospital, as he didn’t want to ’cause a fuss’ by calling an ambulance

Peter’s battle with Covid began in late March when he woke up so ill that he was unable to leave bed.

After a week of the illness, Peter was struggling to breathe and Lauren drove her father into hospital, because he didn’t want to ’cause a fuss’ by calling an ambulance.

‘I didn’t even think at the time to give him a hug,’ said Lauren. ‘Because he was so poorly and his temperature was so high and he said “Don’t worry Lauren. I’ll be okay, I’ll be home soon, I’ll be on the ward for a few days and I’ll be back”.’

Two days later, Lauren’s family received a phone call from an ICU consultant telling them Peter would need to be sedated and put on a ventilator.

As his health continued to decline, Lauren and her family were told that her father had gone into cardiac arrest and that several of his organs had been compromised. 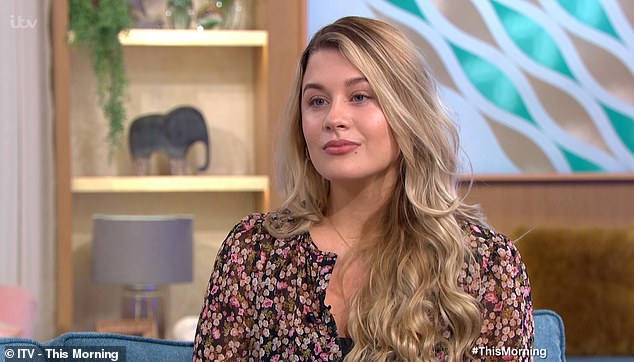 As his health continued to decline, Lauren and her family were told that her father had gone into cardiac arrest and that several of his organs had been compromised 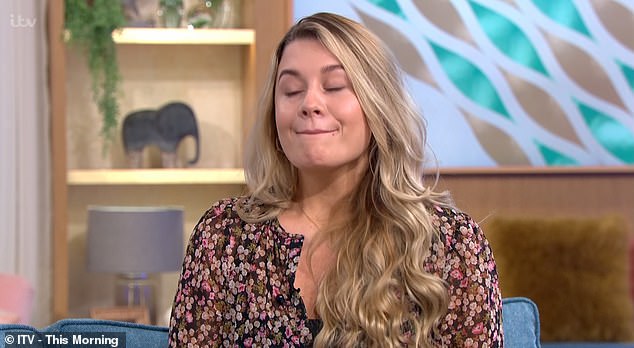 The day before Peter’s 52nd birthday the family received a call telling them there was nothing more doctors could do for Peter.

Lauren explained: ‘Then the morning about 7’clock we had a phone call from one of the nurses saying my dad wasn’t doing very well at all and there were really sorry but there was nothing more they would be able to do for him, which was really hard.

‘Your body goes into shock, so for my family – we had stayed so strong up until that point – it was really hard to know what was going to be the last time we saw my dad.

‘I think it’s so easy to be at home and watch the TV and look at statistics and feel so detached from what is actually going on for families like mine and staff working those hours.’

Lauren is urging the public to take Covid seriously, and to think of the staff working hard to protect people during the crisis and the families who have lost loved ones to the illness.

‘It can affect anybody of any age’, she said, ‘My dad was in full health, so positive such an incredible individual.

‘My way of honouring him is coming on today and saying think of the staff in ICU right now, doing their best to protect families.

‘If me talking about this just saves one person today, or someone at home needs that reminder of why they’re pushing on through this lockdown, I feel like I would do my dad proud’.

Viewers quickly took to Twitter to praise Lauren for sharing her family’s story on the show.

One wrote: ‘What a remarkable woman Lauren is! To be able to remember her Dad and tell her family’s story in such an eloquent way was a honour to watch. Her Dad (and her whole family) must be bursting with pride. Sending love to them all.’

Another said: ‘Wow feel quite emotional watching Lauren speaking about her Dad Peter Hart his battle with COVID-19 heartbreaking so very sorry for your loss.’

A third wrote: ‘Much love to Lauren and her family and to everyone at #thismorning.’