More than 4000 extra university places will be made available for aspiring teachers, with students from disadvantaged, rural and First Nations backgrounds prioritised as the federal government attempts to turn around a nationwide teacher shortage.

Overall, 20,000 Commonwealth-supported university spots for domestic students will be created in the next two years in areas experiencing skill shortages, including teaching, nursing, IT, health and engineering. 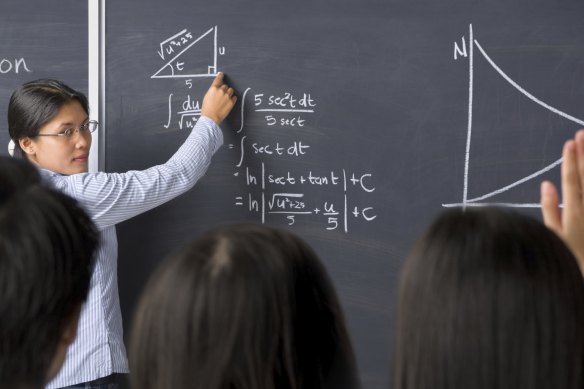 More than 4000 Commonwealth-supported teaching-degree places will be created in the next two years.Credit:iStock

The federal government said the extra places would be made available to students under-represented in universities, including those from poorer backgrounds, First Nations people, and those from rural and remote areas.

The commitment, to be confirmed in this week’s federal budget, honours a Labor promise made from opposition in December last year. It will cost up to $485.5 million over the next four years, with the extra spots made available next year and in 2024.

Education Minister Jason Clare said the additional students would boost the workforce in areas of need.

“This means more teachers, nurses and engineers, and it means more Australians from poor families and rural and remote Australia doing these jobs. That’s life-changing,” he said.

The budget commitment includes the allocation of 4036 extra education degrees, including 1469 for early education teachers.

Universities put in competitive bids for the Commonwealth-supported degrees, which are paid by the government upfront and paid back by students via HECS.

The extra places will not be fee-free, unlike the 10,000 nursing and midwifery degrees the Victorian government promised to pay for in August.

Enrolments in teaching courses at Australian universities have fallen by 16 per cent in the past 10 years.

But a new analysis of these reforms has found they had minimal impact encouraging students to enrol in priority fields of study.

Maxwell Yong, an honours student at the University of Melbourne Graduate School of Education, analysed NSW Universities Admission Centre data between 2014 and 2022 to examine the relationship between fees and study choices.

He found enrolments in nursing, teaching and agriculture – which had their fees cut by an average of 26 per cent under Job Ready Graduates – grew their enrolment share by just 0.88 per cent as a result of the policy.

The reforms delivered fee cuts of 17 per cent in IT and public health, 59 per cent in nursing and teaching, and 29 per cent in engineering. But university funding was also slashed under the changes, by 41 per cent for most of those fields.

Other areas including arts, communications, law and business, had fee increases of between 30 per cent and 117 per cent.