Five hundred homes worth of timber destined for Melbourne has been abandoned at a Shanghai dock because a shipping company accepted a lucrative offer to divert course to Los Angeles.

The Master Builders Association of Victoria (MBAV) said 50 containers carrying timber had been dumped in China and warned the incident could worsen Australia’s timber shortage and lead to unfinished homes. 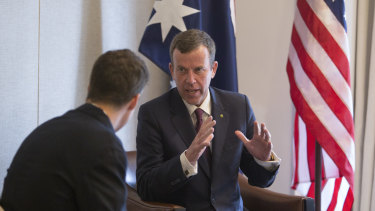 The shipment of European timber arrived in Shanghai in late July. The shipping company was then offered 60 per cent more to use its shipping containers, according to the MBAV, prompting the ship to dump the timber at the Chinese port and leave for the US with new goods on board. It is unclear how the company was able to take this action, given it had a contract to deliver the goods to Australia.

Global demand and prices for building products such as timber and steel have risen steeply this year. There is also a worldwide shortage of shipping containers, according to federal Trade Minister Dan Tehan who told The Age the government was investigating the economic impact of the shipping disruption. Industry leaders said a “perfect storm” of booming demand and tight supply had caused shipping costs to spike threefold.

Timber prices in Australia rose by 11.8 per cent in the past year and 6.5 per cent in the June quarter, ABS figures show. One-fifth of the timber used by Australia’s building industry is imported and some merchants are paying 60 per cent more for imported timber than local product.

MBAV chief executive Rebecca Casson said the dumped timber could inflame the domestic shortages and drive up costs for Victorian builders, who are going broke in record numbers. 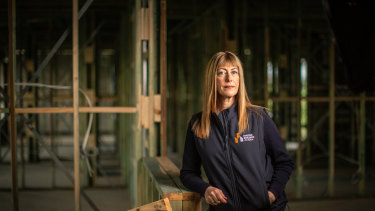 “This has the potential to push things over the edge … Basically we’ll have unfinished homes,” she said.

“We are aware of some Australian merchants that import from major European companies that have experienced difficulty getting product to Australia.

“There is currently a load of 50 containers, the equivalent of 500 homes, stranded overseas that were abandoned.”

Mr Tehan said the pandemic had disrupted the shipping sector and asked organisations that had experienced difficulty importing goods to contact the government.

He said shipping activity rebounded more quickly in countries such as China which got out of lockdowns earlier in 2020, causing a disproportionate number of containers to end up in those places.

The knock-on effect was an insufficient quantity of containers in Europe and North America, as nations on those continents emerged from lockdown and rebooted economic activity late last year and early this year.

“The current misallocation of containers is something the government has been strongly looking at. It’s not an easily resolvable issue,” Mr Tehan said.

“There are up to six-month delays getting into the largest ports like Los Angeles, plus we’re seeing increasing demand and cost of containers to deal with the misallocation.” 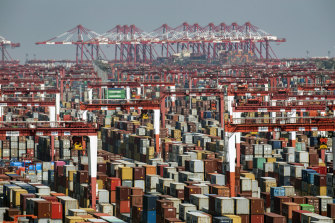 Lots of shipping containers have ended up in Shanghai.Credit:Bloomberg

John Halkett, general manager of the Australian Timber Importers Federation, said it was unsurprising an international shipping company would divert course from Australia to the US. He said shipping costs and port delays had risen dramatically, and it was more financially attractive for companies to deliver to the northern hemisphere.

“There is a perfect storm of demand for building products both in Australia and Europe and the US, and serious issues with supply caused by disruption to shipping and logistics,” he said.

Bushfires, a temporary pause for South Australian mills due to its recent lockdown, delays due to the Suez Canal blockage, and a worldwide vessel shortage are also contributing to the issue.

Ms Casson fears building and construction insolvencies will rise further if supply issues continue and said some businesses were being quoted 18 per cent timber price increases for September orders.

Housing Industry Australia chief economist Tim Reardon told The Age in June the housing boom was due to the government’s Home Builder Scheme – which provides $25,000 grants for new home builds or significant renovations – low interest rates and a population shift to regional areas. Australians who would typically have spent money on overseas travel have instead turned their attention to home renovating or purchasing new homes.

He said a record 146,000 new detached homes were set to be built this year, a 20 per cent increase on previous figures.