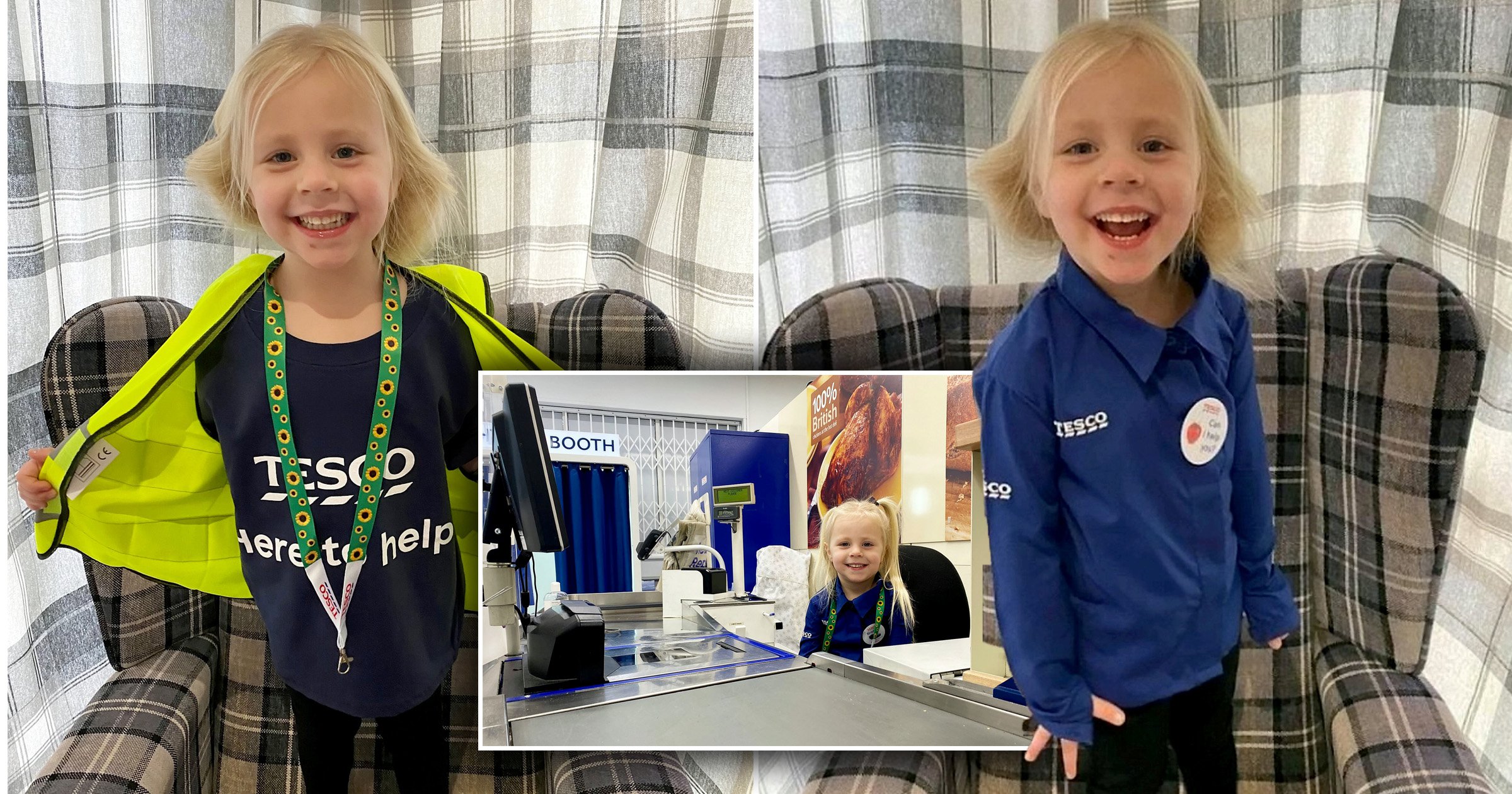 A tiny Tesco super-fan has been given a custom-made uniform by the supermarket and had a go on the tills.

Four-year-old Brooke Goacher is obsessed with the supermarket chain – and will insist her mum Jodie Buckley, 28, takes her in for a daily trip.

After getting in touch with a store worker, a tiny blue shirt and jumper arrived in time for Christmas – making the toddler’s day.

Jodie, from Hucknall, Nottingham, said: ‘We were sat there with her brother and sister, just saying “what would you like to be when you’re older?”

‘She just came out with “I want to work at Tesco!”

‘From there it’s become an obsession – we’ll say “would you like to go anywhere?” and she’ll say “can we just go to Tesco?”

‘We just end up driving round the different Tesco’s, I’ve taken her to about five.

‘I’ve taken her to M&S and Sainsbury’s too but they’re not the same.’

Every day after picking up Brooke and her two siblings, she will immediately ask if they can pop by the shop.

The stay-at-home mum said: ‘People keep saying it’s because you buy her things, but we’ll just go in and get bread and milk.

‘She just loves it, I do not know what the obsession is!’

Brooke was even bought a Tesco till for her fourth birthday to practice on.

To go a step further, in December, Jodie posted on Facebook asking if anyone knew of a way she could get hold of a child-sized Tesco uniform.

A worker from the Tesco in Carlton responded saying that she’d ask her manager, and a few days later a blue polo and jumper had been made specially.

‘We wrapped it up for her and she opened it on Christmas morning,’ said Jodie.

‘It made her Christmas!

‘It was like pure excitement, “do I get to work at Tesco?” she kept saying.

‘Times are hard and there’s a lot of doom and gloom but people still go out there and try and help you.’