Officially calling it quits. Tom Brady and Gisele Bündchen have split after more than a decade of marriage.

Brady, 45, and Bündchen, 42, confirmed the news via their respective Instagram Stories on Friday, October 28, following weeks of speculation about tension in their relationship. (Earlier this month, Us Weekly confirmed the duo hired divorce lawyers and were living separately.)

“In recent days, my wife and I finalized our divorce from one another after 13 years of marriage,” the quarterback wrote. “We arrived at this decision amicably and with gratitude for the time we spent together. We are blessed with beautiful and wonderful children who will continue to be the center of our world in every way. We will continue to work together as parents to always ensure they receive the love and attention they deserve.”

Brady noted that it was “painful and difficult” to close his chapter with his wife. “However, we wish only the best for each other as we pursue whatever new chapters in our lives that are yet to be written. And we kindly ask for privacy and respect as we navigate what is to come in the days and weeks ahead. Thank you.” 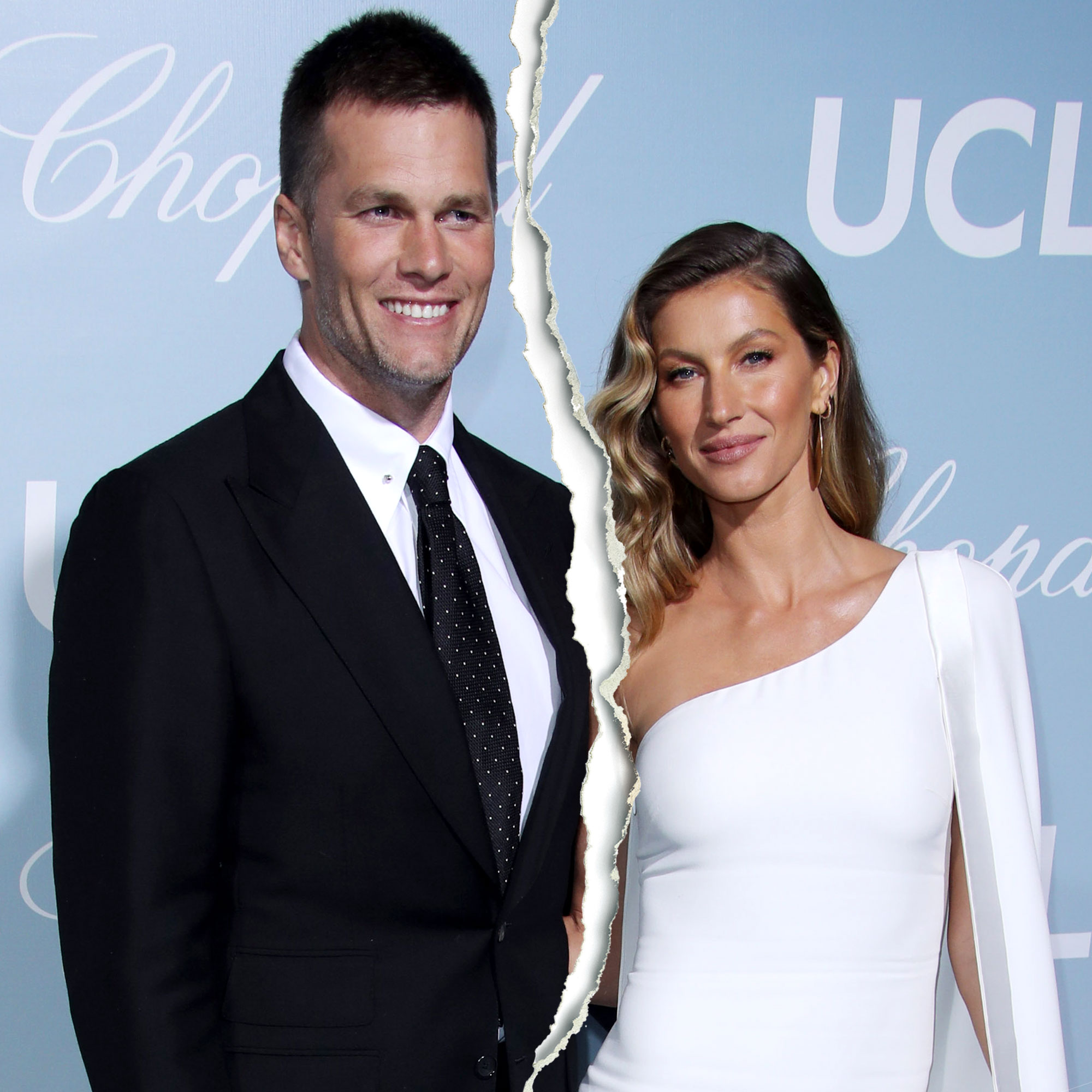 Bündchen added that she and Brady are committed to coparenting, writing in her statement: “I feel blessed for the time we had together and only wish the best for Tom always.”

The twosome began dating in December 2006, shortly after Brady’s split from ex Bridget Moynahan, with whom he shares 15-year-old son Jack. The quarterback and the Brazil native tied the knot in February 2009 in Santa Monica and welcomed their first child together, son Benjamin, that December. Three years later, daughter Vivian was born.

Before the duo’s breakup made headlines, Brady seemingly hinted at going through a rough patch with the supermodel while explaining his absence from training camp with the Tampa Bay Buccaneers. “It’s all personal, you know. Everyone’s got different situations that they’re dealing with,” the pro athlete told reporters on August 27. “We all have really unique challenges to our life. I’m 45 years old, man. There’s a lot of s–t going on, so just gotta figure out life the best you can. It’s a continuous process.”

The Super Bowl champ missed 11 days of preseason practice. “He’s going to deal with some personal things,” coach Todd Bowles said during an August 11 press conference, reassuring those present that Brady would “be back” soon enough. “We allotted this time because he wanted to get in and get chemistry with the guys and go through two weeks of training camp, knowing he wasn’t going to play the first two games.”

After playing 20 seasons with the New England Patriots, the California native signed on to join the Florida-based team in March 2020. He helped them defeat the Kansas City Chiefs in Super Bowl LV in February 2021, one year before announcing his retirement from the league.

“I have loved my NFL career, and now it is time to focus my time and energy on other things that require my attention,” he wrote in a lengthy social media statement at the time, thanking Bündchen and his children for their support. “Our family is my greatest achievement. I always came off the field and home to the most loving and supportive wife who has done EVERYTHING for our family to allow me to focus on my career. Her selflessness allowed me to reach new heights professionally, and I am beyond words what you mean to me and our family.”

Six weeks later, however, Brady walked back his decision to retire. He went on to describe how he balances football and family during an exclusive interview with Us Weekly in June. “[During] the off-season, my family’s got a lot of time [with me]. I’ve enjoyed that,” he told Us. “I can still do a better job of that. It’s just constantly trying to be a little bit better each day.”

Following Brady’s return to pro sports, Bündchen was noticeably absent from the season’s early games. A source exclusively told Us, “Gisele was not happy when Tom un-retired,” adding that the decision caused “tension.”

Earlier this month, a second insider exclusively revealed that the model gave her spouse an ultimatum about his career. “Gisele told Tom either he leaves football to spend time with the family or she is gone for good,” the source told Us. “She doesn’t want him to continue to get injured and not be able to enjoy life in the future. She is doing it for her family.”

The “Let’s Go” podcast host has been open in the past about how his busy schedule impacted his relationship with Bündchen — and the Devil Wears Prada actress was just as candid. While speaking to British Vogue earlier this year, she hinted that the duo didn’t always have the same priorities.

“His focus is on his career, mine is mostly on the kids,” she said in her June 2022 cover story. “It’s never the fairy tale people want to believe it is. It takes work to be really in sync with someone, especially after you have kids. … I’m very grateful that he lets me take the reins when it comes to our family. He trusts my decisions.”