Top signs of children being independent – like walking to school alone 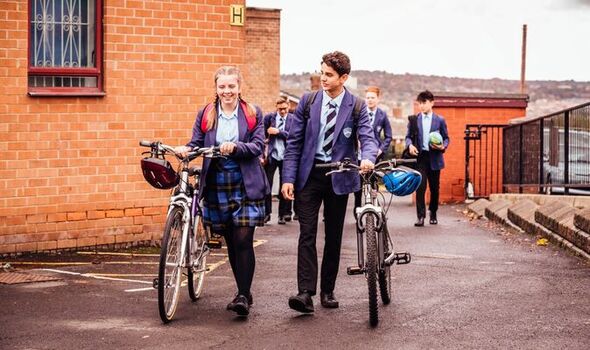 But the biggest signs, parents say, are their children walking to school without a parent or guardian (21 percent), and expressing their own opinions (21 percent).

When it comes to kids developing their own financial freedom, the top signs included their child choosing how they spend and save (29 percent), having a spending card instead of cash (25 percent), and getting a part-time job (25 percent).

But with a new school year approaching, and many youngsters set to start secondary school, one in six parents (16 percent) are worried about “letting go” and giving them more freedom.

Will Carmichael, CEO of NatWest Rooster Money, which commissioned the research, said: “Money is such an important part of our lives as adults, so it’s essential families are empowered to help kids get to grips with it early.

“And clearly parents are on board with that, with 37 percent wanting to play an active role in helping their children develop their sense of independence.

“Our survey has also shown that creating the right framework to empower kids to get the level of freedom they want, whilst giving parents the reassurance they need, is really important – especially when it comes to these inflection points in a child’s (and parent’s!) life.”

The study also found one in five parents, whose child is reaching their secondary school years, are anxious about them walking to school alone – even though almost the same number (21 percent) consider this to be an indicator of their freedom.

The other biggest anxieties were around relinquishing control, with 21 percent concerned about their child handling their own money at school. 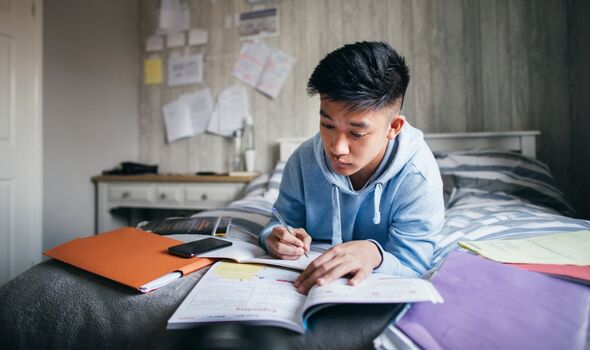 A further 20 percent are hung up on who their kids make friends with – with 19 percent worrying their child’s friends could influence them to buy things they aren’t comfortable with.

It also emerged 21 percent of children approaching their next stage of schooling are most looking forward to more freedom when they get to this point.

But a quarter of parents (24 percent) say they aren’t ready for their little one to be more independent, while 37 percent are still looking forward to helping their youngster grow up rather than letting go.

The research also found nearly half (46 percent) reckon today’s kids are becoming independent at a much younger age.

Of those, 38 percent think it’s because they have access to more knowledge through the internet and social media.

But 36 percent put it down to mums and dads having more open and honest conversations with their offspring.

Of the parents who have a 13-16 year old, 46 percent have given their youngster even more monetary independence by allowing them to have a part-time job. 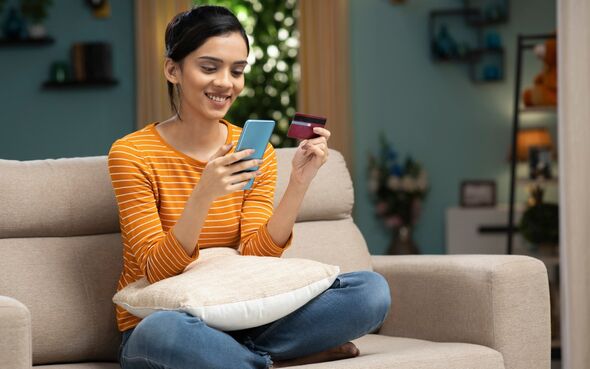 But well under half (39 percent) of those in this group think their kids understand the value of money.

And three-quarters of parents currently give their child some form of pocket money – whether “earned” or not – at an average of £17 a month.

The research, conducted via OnePoll, also revealed the things parents would be happy for their kids to spend their money on without asking – including books (31 percent), clothes (21 percent), and even sweet treats (22 percent).

And this is good news for youngsters, as nearly one in four (23 percent) would like to splash their cash on clothes without checking with mum or dad initially, while the same number would purchase sweets without asking first (23 percent).

It also emerged three in ten six- to 16-year-olds think they understand the value of money – compared to the 36 percent of parents that would say the same about their children.

Dr Linda Papadopoulos, a leading child behavioural psychologist, said: “Parenting can be one of the most rewarding and challenging life experiences, and one of the most fundamental aspects of parenting is to help kids become self-sufficient.

“That transition from depending on you completely, to being able to make choices and decisions that feed into their emotional, physical, and practical wellbeing, is fundamental for their confidence and healthy development.

“As such, learning to balance our need to keep our kids safe, with the equally important need of letting them challenge themselves, try new things, and slowly experience independence, is key.”

TOP 20 THINGS THAT WOULD MAKE PARENTS FEEL THEIR CHILD IS BEING MORE INDEPENDENT: