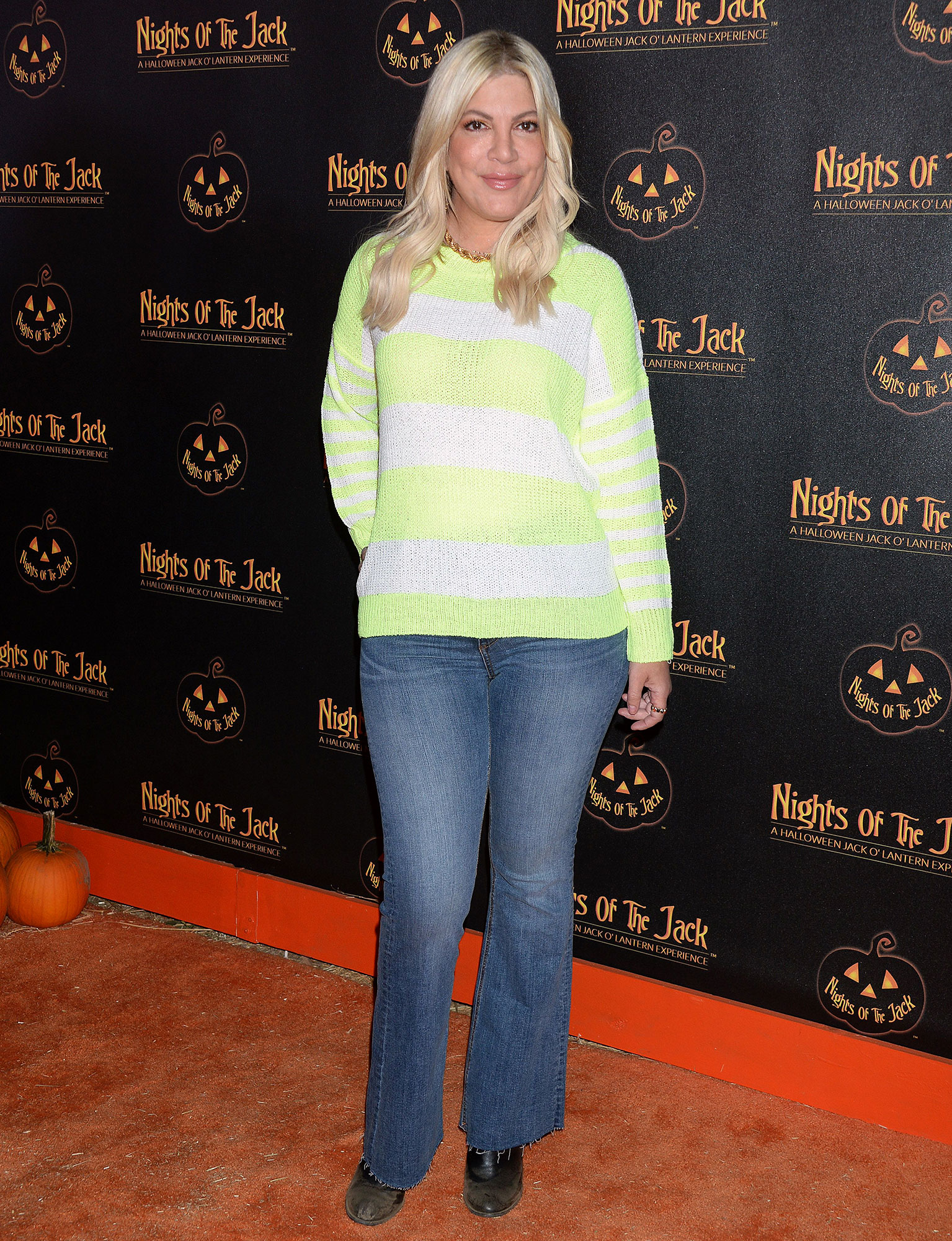 Kitchen fun! Ahead of Tori Spelling’s eventful Thanksgiving meal with her brood, she documented her kitchen prep alongside two of her daughters.

She continued in her post, “Grateful for my family… stay safe and love hard on the ones you love. xoxo,” while adding hashtags for “Thanksgiving,” “Thanksgiving Prep,” “DIY Family,” “My Girls” and “Stella and Hattie.” 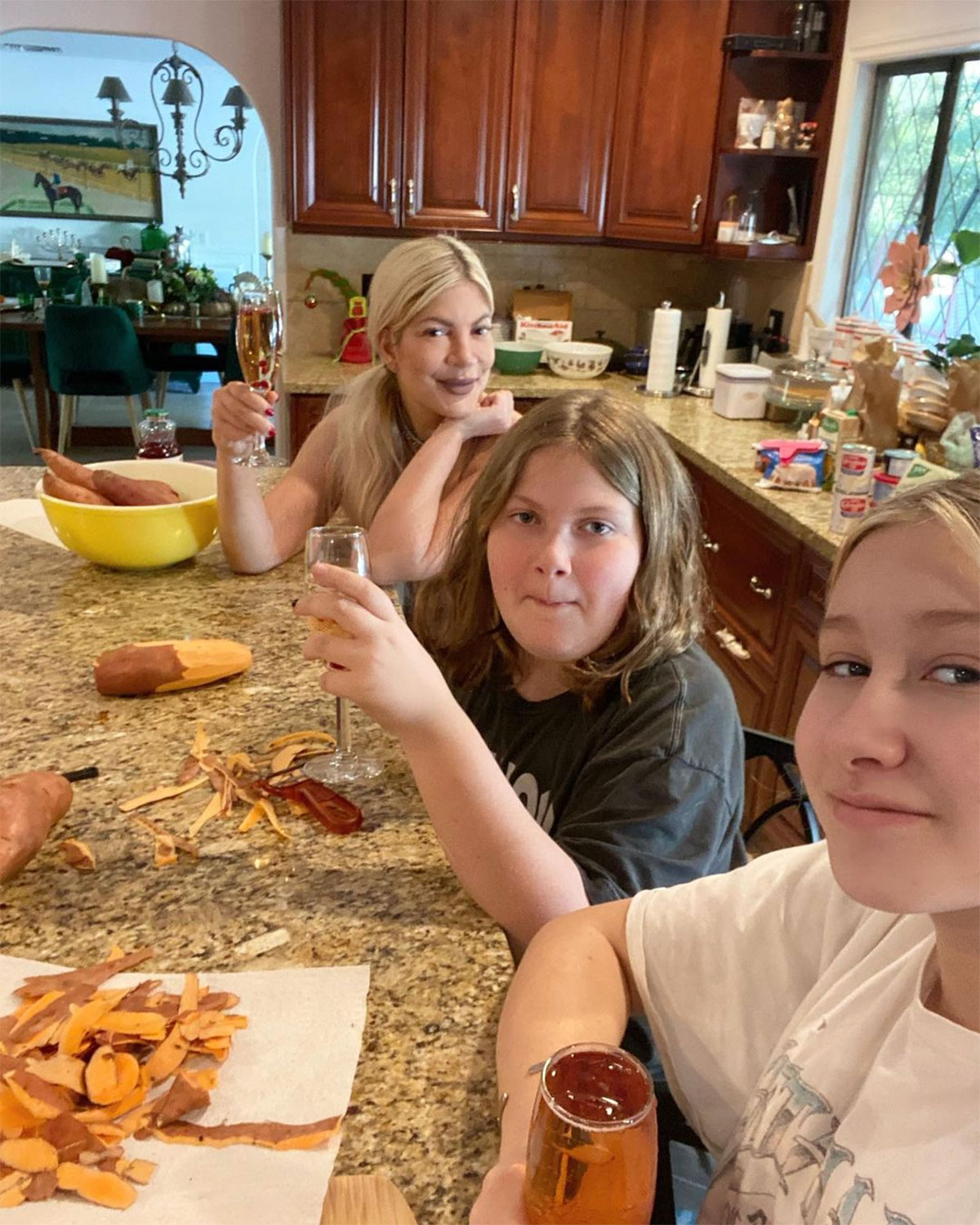 The Masked Singer alum also shared moments from their festivities via Instagram Story at the time.

“With a big family, the kitchen sparkling clean is half the battle! Thanks @stella_mcdermott08,” Spelling captioned her post. “Let the #thanksgiving cooking begin. (Yes, we brined and prepped last nite!)”

Throughout the California native’s social media footage, she showed Stella tying together the turkey and making pumpkins out of frosting. Spelling also made a fish dish for son Liam, 14, who’s a pescatarian. She crafted DIY napkins for the evening, complete with feathers, leaves, sticks and golden bells for decoration.

The Thanksgiving meal with her children came days after she made headlines for sharing the family’s holiday cards and stockings without a mention of husband Dean McDermott. 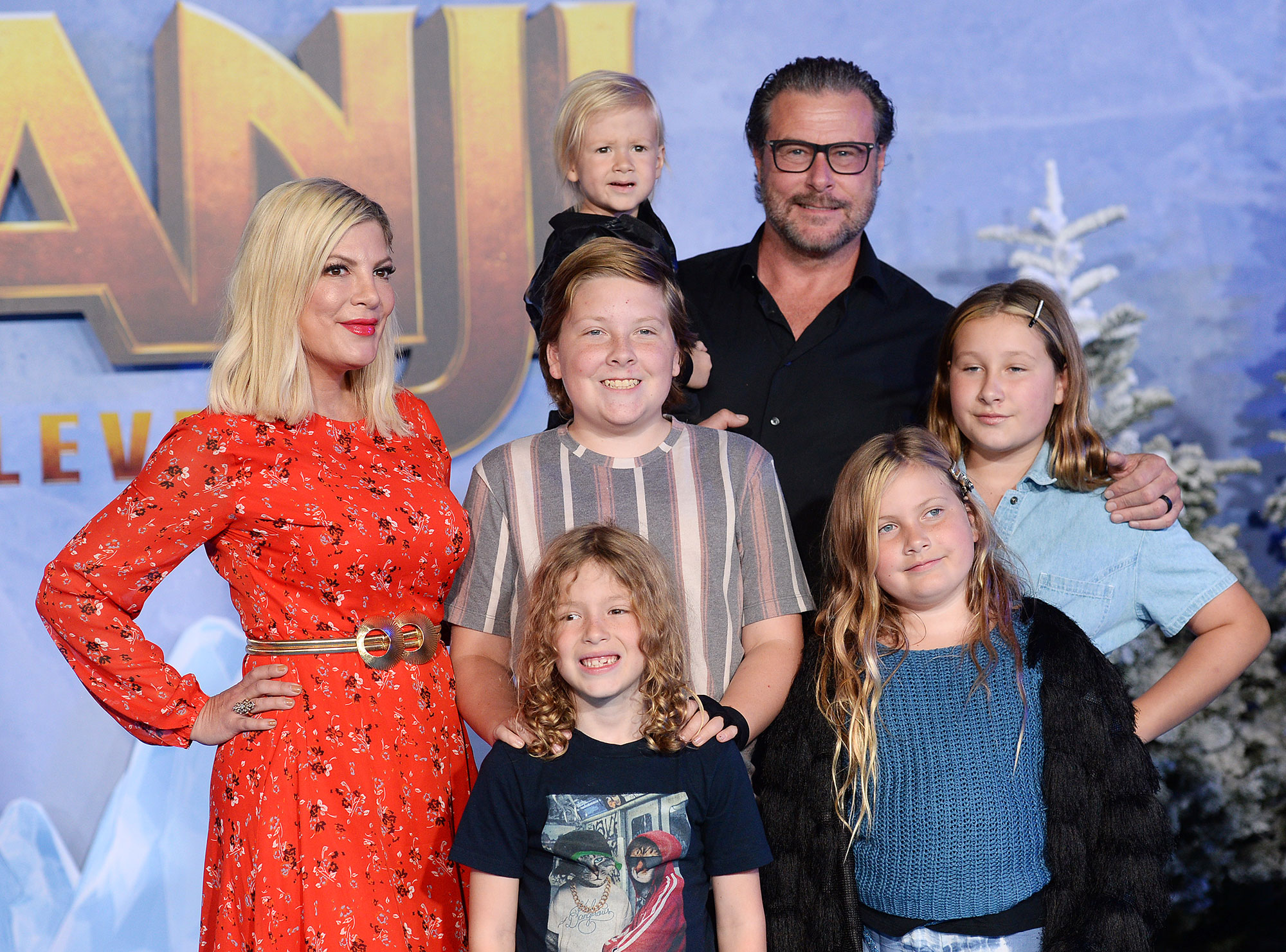 “It’s that time again. And it’s a winter wonderland at my house,” Spelling captioned an Instagram snap of her family’s holiday card on Monday, November 22.

In the photo, the Mother, May I Sleep With Danger? actress posed with the couple’s five children — Liam, Stella, Hattie, Finn, 8, and Beau, 4 — and their family pets, which include two goats, one pig and one chicken. However, the Canada native, 55, was noticeably absent.

The card’s inscription also left out the former Chopped Canada host’s name, which instead read: “With Love, from our farm to your home! Xoxo, Tori & Family.”

Hours later, the True Tori alum opened up about her partner’s absence after a fan commented on her sponsored post: “Dean must be ‘working’ out of town and couldn’t get home in time for the annual Christmas picture.”

One day later, the “90210MG” podcast host sparked further marriage speculation with McDermott — whom she wed in 2006 — when she seemingly excluded the actor from her Christmas decorating plans.

“Let’s talk holiday decorating! The kids and I are in ❤️ with these personalized stockings,” Spelling captioned a sponsored Instagram post on Tuesday, November 23, alongside two photos of her family’s custom stockings. As the Help alum held a stocking with her name on it, she stood beside five for her children, while eagle-eyed fans noticed there was not a “Dean” version in any of her gallery snaps.

The BH90210 alum and McDermott have been the subject of divorce rumors since earlier this year. The pair were each spotted without their wedding rings in June and Spelling noted during a June appearance on SiriusXM’s Jeff Lewis Live that they were not sleeping in the same room.

A source told Us Weekly last month that Spelling “wants a divorce but feels trapped right now” after getting into an argument with McDermott.

While the insider noted that the couple “constantly fight and break up,” the latest disagreement was “really serious.” The source added that Spelling is “miserable” within her marriage yet has stayed “for the kids,” who have “no idea” about their parents’ marital drama.

“Money is an issue and it’s always been an issue,” the insider explained at the time that it is among the reasons that Spelling “feels trapped.” Earlier this month, a second source told Us that “there’s no trust there” between the duo and “it’s been building up over time.”