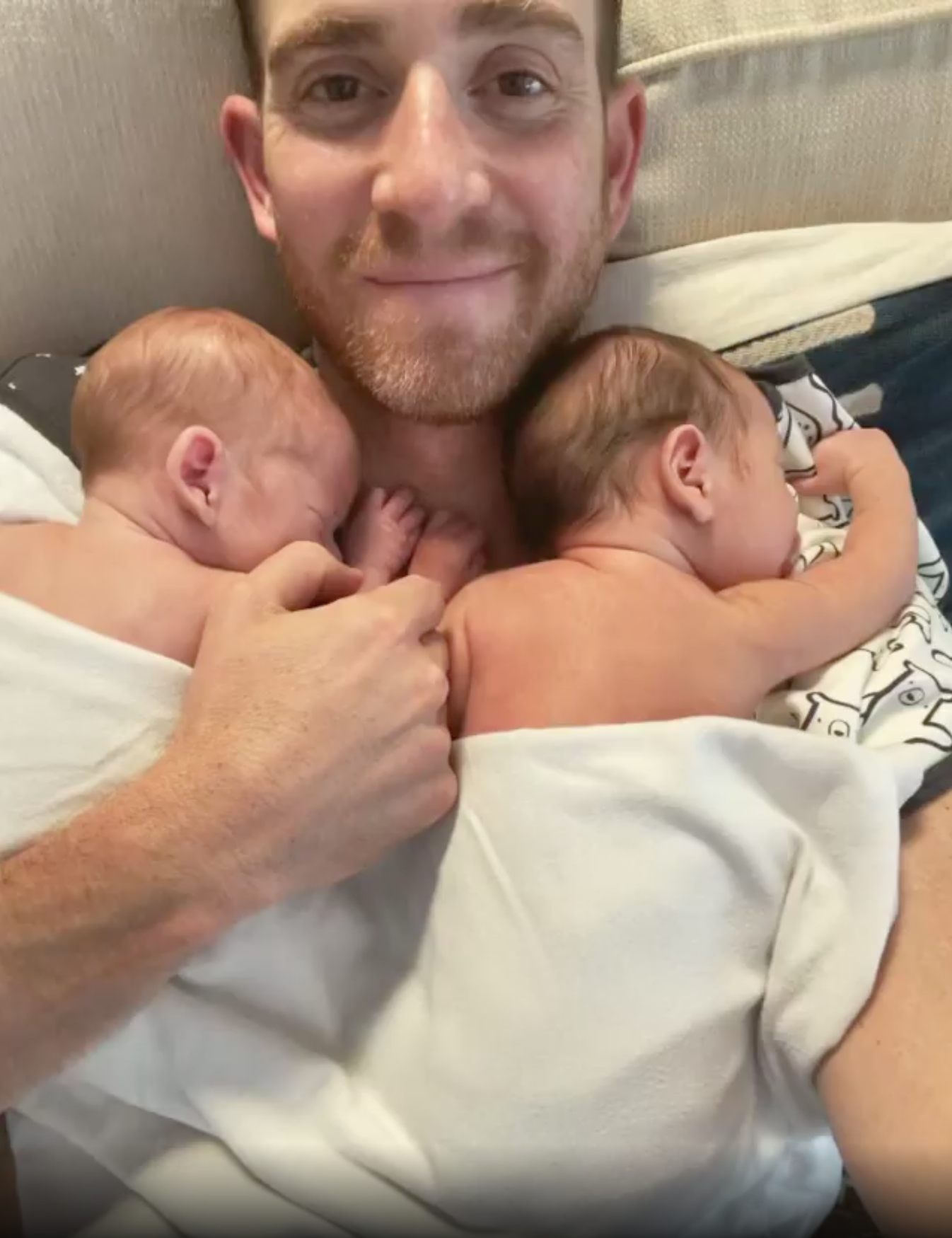 Double the fun. Jamie Chung and Bryan Greenberg both shared updates about their twins on Saturday, November 6.

The couple, who married in October 2015, took to Instagram to reveal some news. “It’s been really sweet to have both sets of grandparents meet the babies this week,” Chung, 38, captioned an Instagram photo of her family gazing lovingly at the newborns, who were laying on a pillow. 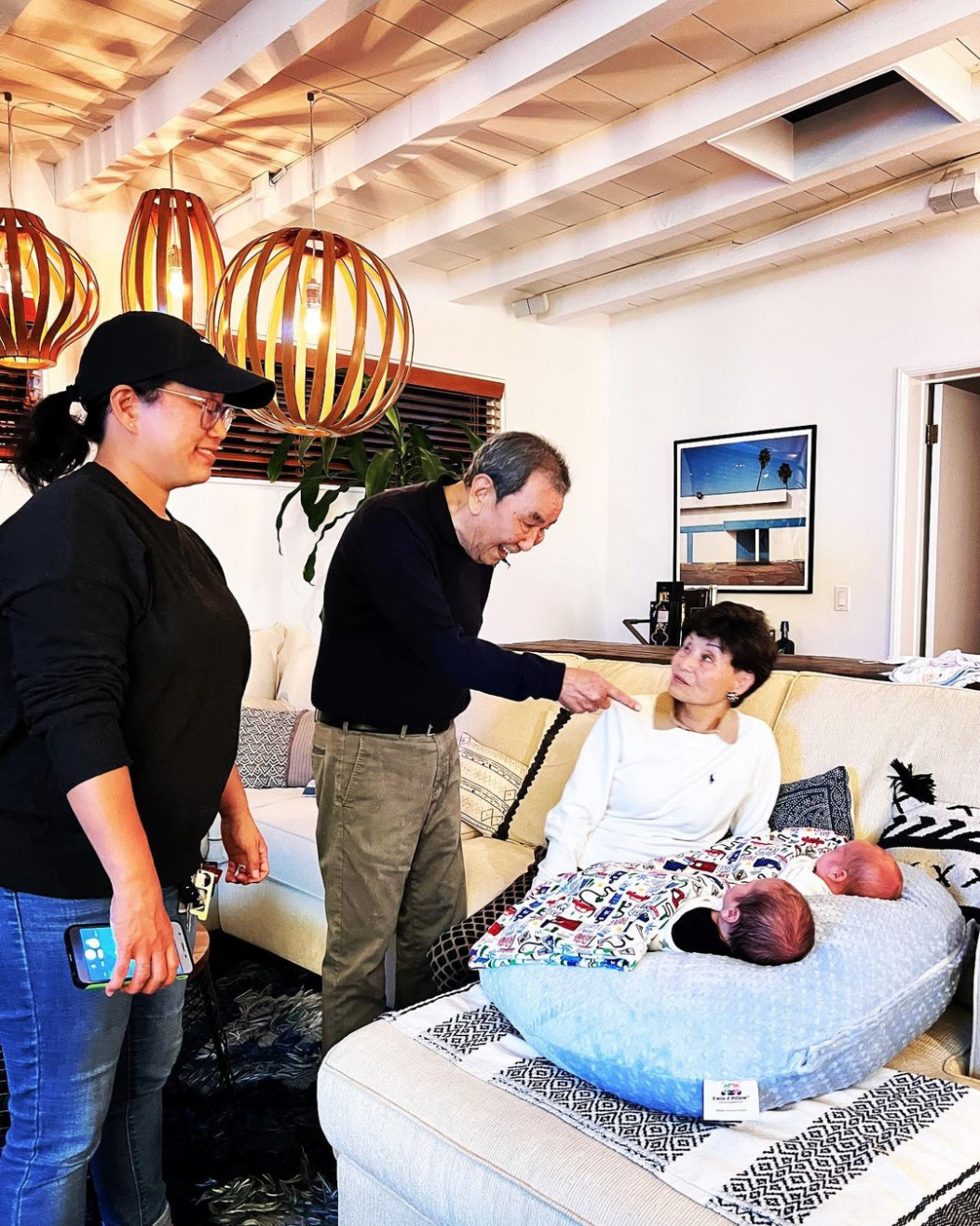 The Dexter actress, who was candid about the egg freezing and family planning process, also noted that she’d received some baby presents recently, including books from Scribd and shoes from DSW. Greenberg, 42, shared a snap of the two pairs of tiny Timberland boots.

“My boys will be ready for NYC,” he captioned the photo via his Instagram story. That’s the first time either Chung or Greenberg has noted the babies’ sex. 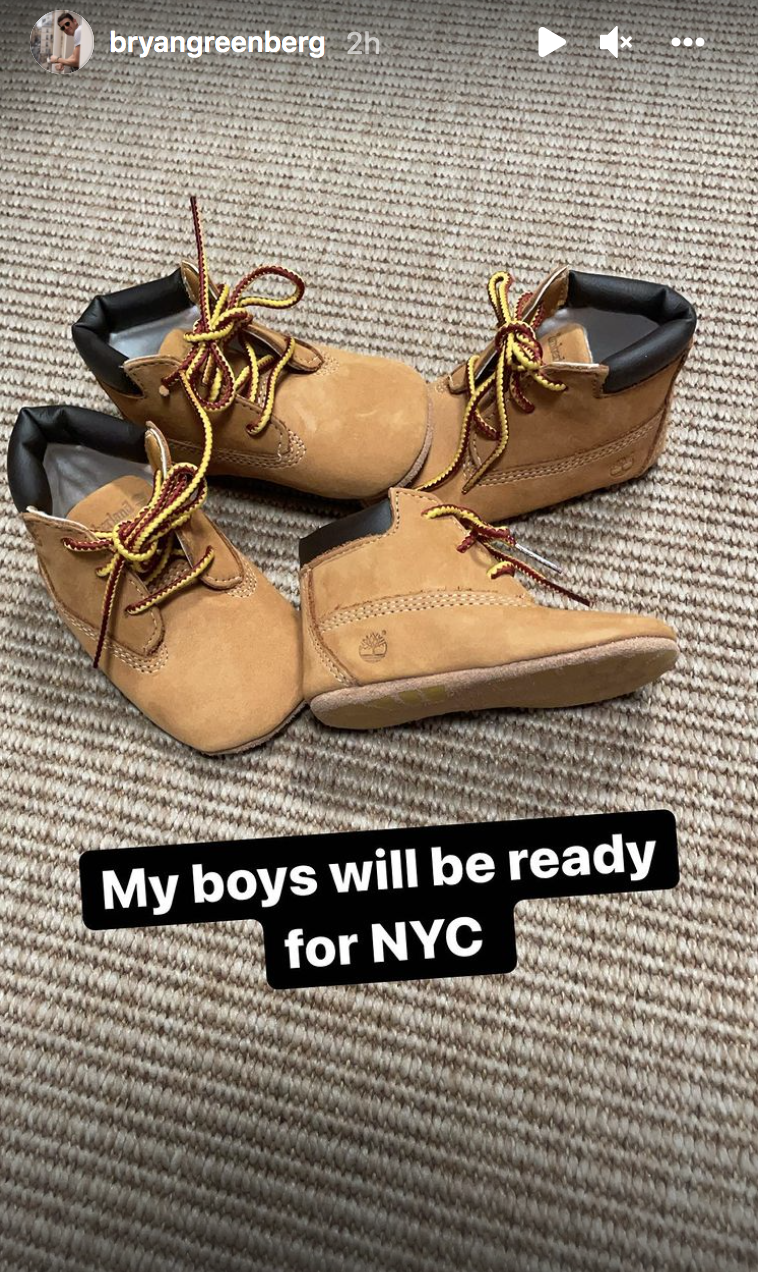 Based on his caption, it seems Greenberg is ready to take his twin boys to New York City. The Nebraska native moved to Manhattan in 1996 when he started college at New York University. He and Chung split their time between Los Angeles and New York, so the babies will be bicoastal.

The It’s Already Tomorrow in Hong Kong stars, who started dating in early 2012, never revealed they were expecting new additions. Instead, the One Tree Hill alum announced the arrival of their twins on October 24 with a simple video showing the babies on his chest.

“We got double the trouble now @jamiejchung 👶🏻👶🏻,” he captioned the video via Instagram. Chung commented with two heart emojis and also shared the video to her Instagram story.

On October 27, the Once Upon a Time alum shared a snap of one of her sons rising on her chest, simply captioning it, “x 2.”

An insider told Us Weekly earlier this month that the new parents are thrilled with their growing family.

“Both Bryan and Jamie have their hands full and are busy with their new little ones but are loving it and are very excited for this adventure,” a source exclusively told Us at the time.

The insider also noted that the Real World alum “will still be taking on acting roles,” adding, “She flew to New York for a day to go to the Dexter premiere [on Monday, November 1], and flew back home. She wants to be part of the twins’ life as much as possible in their early stages!”