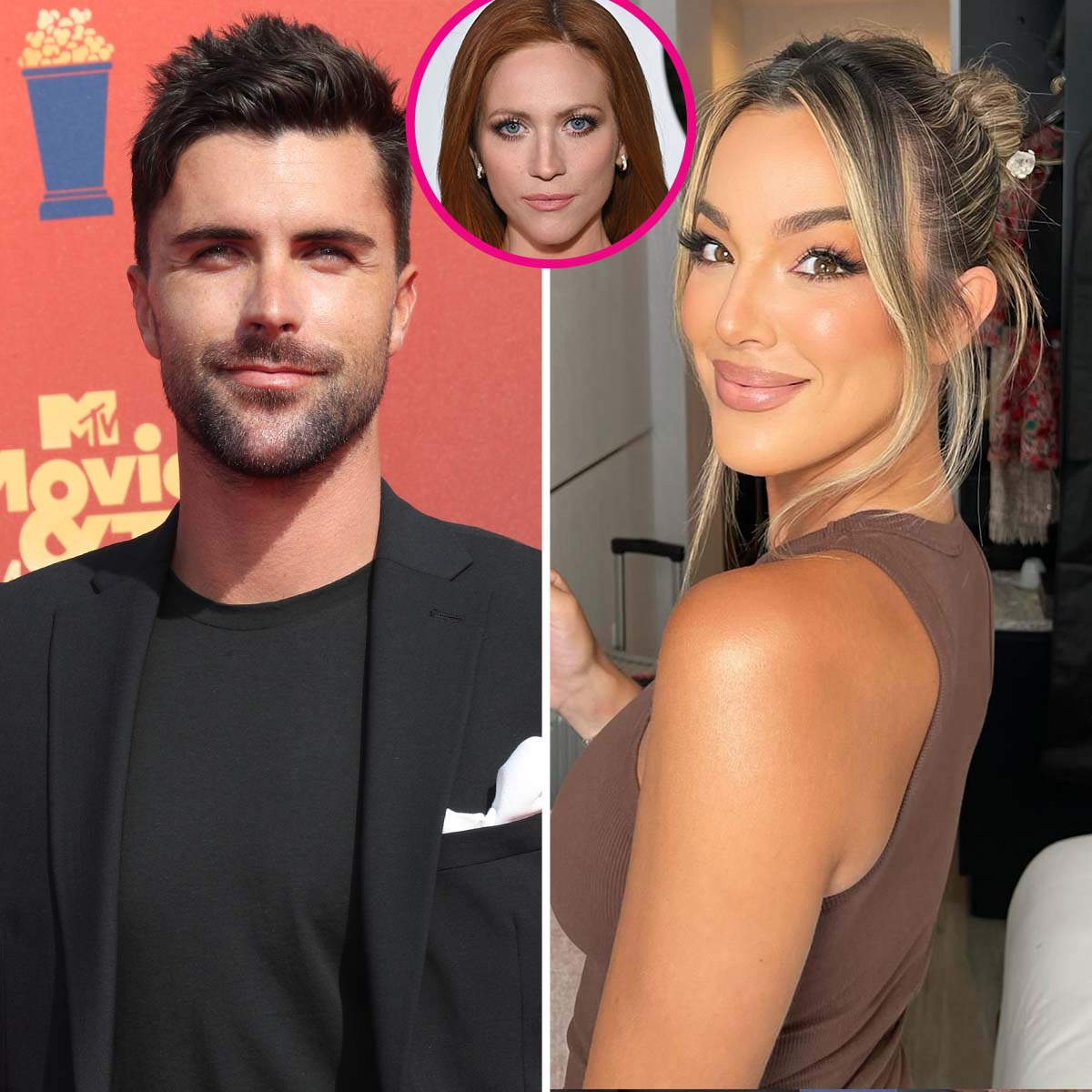 Running away from his problems? Tyler Stanaland spent time overseas with his Selling the OC costar Alex Hall amid his divorce from estranged wife Brittany Snow.

The twosome jetted off to Dubai for a getaway at the Atlantic Royal Hotel on Friday, January 20, according to photos obtained by Page Six. The pair, both 33, enjoyed drinks by the bar while engaging in conversation. Hall sported a neon pink bathing suit for the outing, while Stanaland rocked a white tee around his neck and a flower behind his ear.

Earlier on Friday, Hall posted a video via her Instagram Stories of the pair clinking glasses as they relaxed by the pool.

While it’s unclear if the twosome are traveling for the Netflix series — Us Weekly confirmed Selling the OC was renewed for seasons 2 and 3 earlier this week — the real estate moguls are among several celebrities who are in Dubai for the Atlantic Royal’s opening weekend, per Page Six.

The Pitch Perfect actress filed her paperwork at the Superior Court of California in Los Angeles on Thursday, January 20, citing “irreconcilable differences” as the reason for the pair’s split, multiple outlets reported at the time Snow noted in her docs that she and the reality star have a prenuptial agreement and ask that attorney’s fees be divvied up between the estranged couple.

The exes shared the news of their initial separation last fall in a joint statement via Instagram. 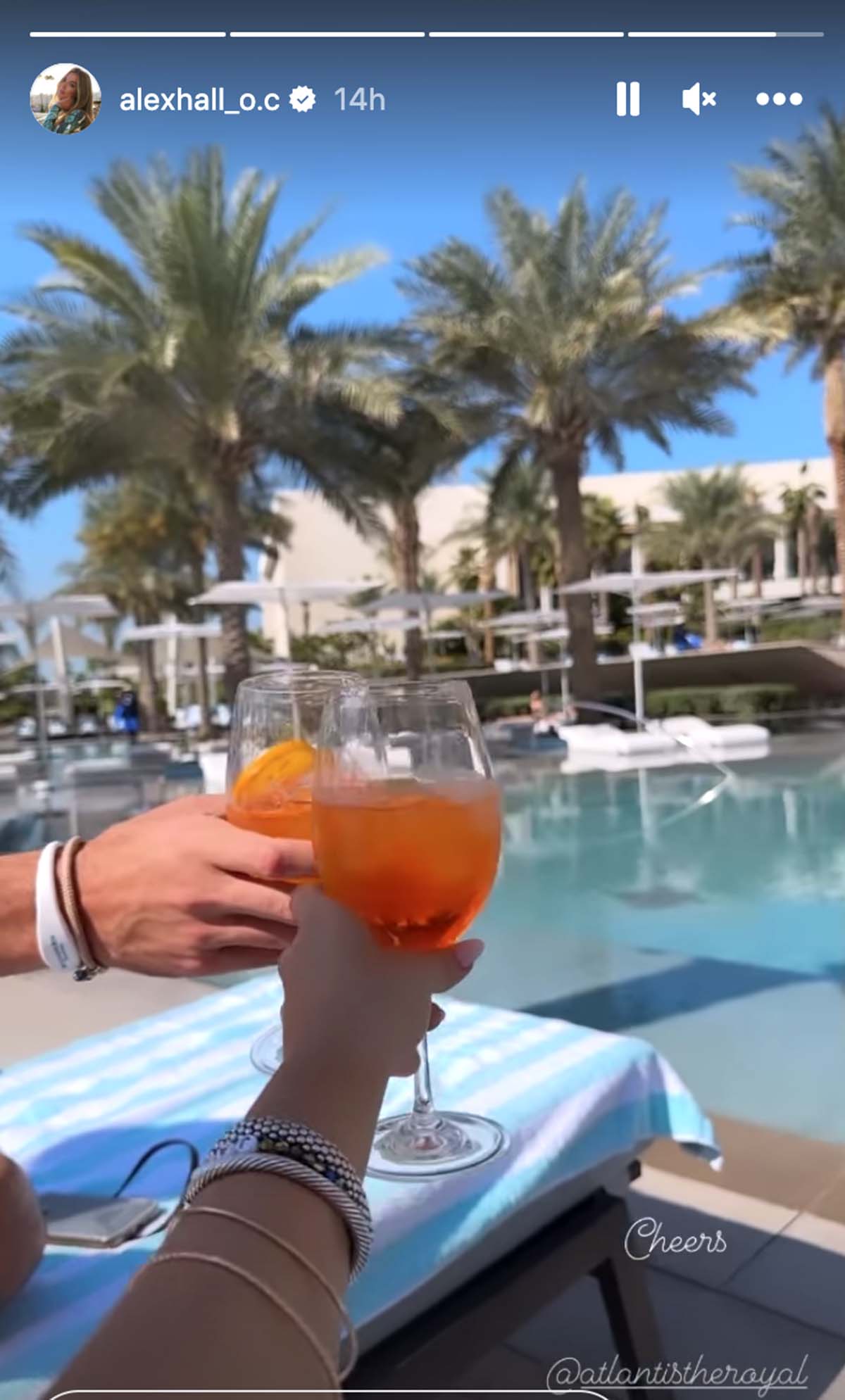 “After time and consideration, Britt and I have made the difficult decision to separate. This decision was made with love and mutual respect for one another,” Stanaland’s statement read in September 2022. “We have realized we need to take some time and make sure we are each living our most fulfilling and authentic lives. We started this journey as best friends and our relationship will continue to be a priority not only for us but for our dog Charlie. We sincerely appreciate your support and ask for privacy as we navigate this new chapter.”

The pair, who began dating in 2018 and tied the knot in March 2020, sparked breakup speculation amid the broker’s flirtatious first season of Selling the OC, which premiered in August 2022.

The California native revealed that costar Kayla Cardona tried to kiss him during an episode of the “Reality Life With Kate Casey” podcast one day after the show’s premiere. However, Cardona, 33, exclusively told Us in September that Hall was the Oppenheim Group coworker Snow should have been “worried about” while she was still with her husband.

Couples Who Survived the Reality TV Curse (So Far)

“[Alex and Tyler’s friendship is] very inappropriate. I mean, very hypocritical …. [because] I think it’s pretty obvious I never even touched the guy,” Cardona claimed. “You know what I mean? Let alone sit on his lap, suck on his nose or get naked [like Polly Brindle‘s skinny-dipping dare]. No one has ever seen me naked. Like, I better see a direct deposit before you get all this. … They’re giving that out like free candy. Like no, thank you. Sorry.”

That same month, Stanaland and Hall were spotted having dinner in Corona Del Mar, California, just days after the former pro surfer announced his separation from the American Dreams alum In photos obtained by TMZ at the time, Stanaland could be seen bending down to listen closely as Hall spoke to him.

Hall, meanwhile, exclusively told Us in December 2022 that speculation there might be a romantic connection between her and her costar “literally never crossed my mind” until their dynamic made headlines after the show aired.

Brittany Snow and Selling the OC’s Tyler Stanaland: The Way They Were

“Tyler’s going through so much right now, I can’t speak for him, but I know when I went through my divorce, dating was even on my radar whatsoever,” she explained to Us. “Like, dating for me is just another chore. At this point, Tyler and lean on each other in our friendship.”

I named my daughter after my favourite Disney characters