A U.S. Capitol Police officer testified Friday in a jury trial for a New York man accused of threatening to murder U.S. lawmakers. The officer, Special Agent Christopher Desrosiers, is believed to be the first Capitol police officer to testify in a criminal trial connected to the U.S. Capitol riot on January 6.

The defendant, Brendan Hunt, did not participate in the siege in D.C. but was charged for statements he made online before and after the attacks. A video that prosecutors said he posted on the video-sharing site Bitchute two days after the Capitol riot was titled “KILL YOUR SENATORS” and urged viewers to return to the Capitol with guns to “slaughter” members of Congress.

Hunt’s trial will center around issues of freedom of speech, as a jury hears arguments to decide whether his alleged online posts amounted to illegal threats against members of Congress.

Desrosiers works in the Threat Assessment Section of the Capitol police and testified that on the day of the attack, he was tasked with preparing in the event that Congress needed to be moved off of Capitol Hill. 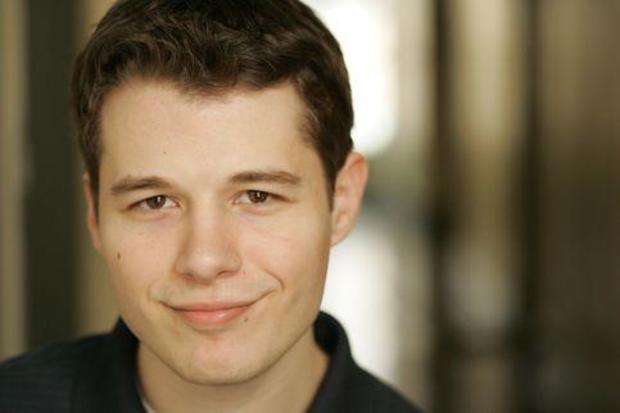 In a sweeping investigation since the attack January 6, the Department of Justice has charged more than 400 people, and said in court filings Thursday it expected to charge at least 100 more.

Hunt’s case is separate from that group, but prosecutors cited the Capitol attack in their case against him, arguing that Hunt, a Trump supporter, called for the overthrow of the elected government, including calls for firing squad executions and an armed attack at the inauguration of President Joe Biden.

“Post January 6th, our resources were completely maxed out, both on the Hill preparing for any future incidents that may be coming up and trying to prepare for the inauguration,” Desrosiers said. “We had an influx of cases coming in and we were leaning heavily, especially on the FBI, to assist us with processing through those cases to include threats towards members of Congress.”

The Department of Justice charged Hunt with making threats against United States officials, a felony that could yield him up to 10 years in prison if he is convicted. He was arrested by the FBI’s New York Joint Terrorism Task Force on January 19, one day before Mr. Biden’s presidential inauguration.

In a hearing that day to determine whether Hunt would be detained before trial, federal prosecutor David Kessler said, “These threats would be grave under any circumstances, but they’re even more so in the volatile environment we find ourselves in today leading up to the inauguration.”

In documents outlining charges against Hunt, prosecutors referenced the events at the Capitol as they described a series of posts on social media websites between December 6, 2020 and January 21, 2021 where Hunt advocated for violence, including calls to murder Speaker Nancy Pelosi, Senator Chuck Schumer and Representative Alexandria Ocasio-Cortez.

Hunt, a 37-year-old who prosecutors said uses the online alias “X-Ray Ultra,” is a resident of Ridgewood, Queens, and at the time of his arrest worked full-time at the New York State Office of Court Administration and part time as an actor and filmmaker.

In the 88-second video posted January 8, prosecutors said Hunt spoke directly into the camera, telling viewers, “We need to go back to the U.S. Capitol when all of the Senators and a lot of the Representatives are back there, and this time we have to show up with our guns. And we need to slaughter these motherf******.”

Prosecutors said he added that “probably the best time to do this” would be during the inauguration of Mr. Biden, and said, “If anybody has a gun, give me it, I’ll go there myself and shoot them and kill them.”

Hunt’s online posts echoed ideologies shared by many charged in the Capitol attack who reject COVID-19 health guidelines and believe conspiracy theories that the presidential election was stolen.

In Facebook posts December 6, he said he would not vote in “another rigged election,” said that police, and anyone enforcing “lockdown mask vaccine bulls***” deserved to be shot and called for the murders of Pelosi, Schumer and Ocasio-Cortez.

Hunt’s attorneys have argued that he had no membership in a militia or paramilitary group and had no plans to travel to Washington, D.C., to purchase weapons or to come into contact with federal officials.

“The allegations in the complaint do not suggest anything other than a plan to make outlandish posts online from inside his home,” his attorney said during a January hearing. “There is no indication that Mr. Hunt has participated in any of the recent events designed to threaten members of Congress or other federal officials or overthrow the government. We unfortunately know what that looks like and it’s not this.”

On Tuesday, the judge allowed Hunt’s attorneys to submit screenshots from his website and social media channels in an effort to contextualize his intent in making the alleged threats.

In his online profiles, he is described as an actor and artist with a bachelor’s degree in Theater Arts from Fordham University. His attorneys note that his YouTube channel says he is known for documenting topics that “explore the sometimes uncomfortable truths of our society through art and activism.”

2021 storming of the united st
You may also like: