Dozens of female staff at one of Melbourne’s most prestigious Catholic boys’ schools have made allegations of sexual harassment at work by male colleagues and students.

A dossier of 60 complaints by female staff, mostly about harassment and gendered maltreatment at work, was shown briefly to St Kevin’s principal Deborah Barker and the Independent Education Union by teachers who say they want to improve safety for female staff at the Toorak school. 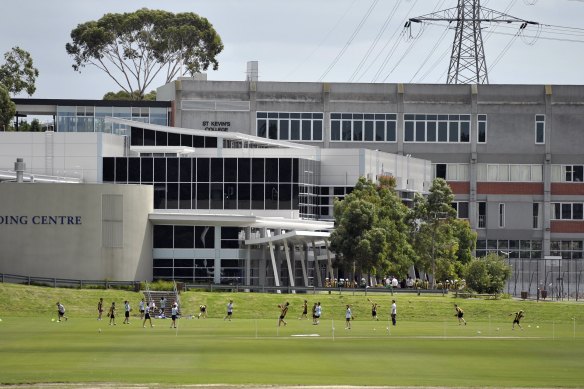 One teacher, who asked to remain anonymous in order to protect their job, told The Age the complaints ranged from gender-based aggression to more serious, threatening behaviour.

The complaints included several references “to one former [staff member] who was incredibly ‘handsy’ to the point of sexual assault at times,” the teacher said.

“The refrain from most is that when matters were raised, nothing was done, there is almost this resignation that there’s no point raising matters because nothing would happen.”

Barker confirmed to The Age that the Dropbox file exists, and she was given access to it briefly by a “respected teacher delegate”, who is a union representative and also on the school’s recently-established gender working party.

Barker said the testimonies “mirrored and reflected” comments by staff in the independent consultants’ review of the school’s culture, released in July 2021, which found “sexism and misogyny” at the school are “still clearly an issue”.

St Kevin’s, where a place from years 5-12 costs $21,000 a year, has been plagued by misogyny, homophobia and transphobia in recent years. In 2019, footage emerged of students in uniform singing a sexist chant on a tram.

The school is run by Edmund Rice Education Australia (EREA), which also runs the St Bernard’s College and Xavier College boys’ schools in Melbourne. Those schools have also been the subject of reports about safety issues and sexism and misogyny from students this year.

EREA, which runs dozens of schools around the country, plans to hand over control of St Kevin’s to an independent board next year. 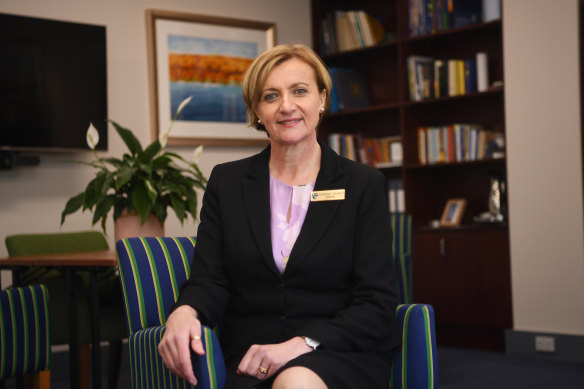 Organisers of the dossier told The Age that women contributed to the Dropbox file because they felt promises about reforming the school’s culture had not improved their safety adequately.

While the women have “worked out ways to reduce the threat as much as they could”, a source said they wanted the school to be aware of the size of the harassment problem.

Barker, who declared her intention to stamp out misogyny at the school when she was appointed in 2020, said initiatives to improve culture at the school included four meetings of the gender working group this year, an increase in curriculum time for respectful relationships material for 2023, professional development for teachers and the creation of a new staff wellbeing role.

In May, a St Kevin’s staff safety survey, seen by The Age, found more than one in five of 263 staff respondents (about 60 per cent of total staff) did not agree that they “feel safe working at St Kevin’s”.

Thirteen per cent said they did not feel safe at work, and 11 per cent neither agreed nor disagreed that they felt safe.

Barker said the school instigated the safety check as part of its response to a review by the Nous Group that found many female staff did not believe the school’s culture supported respect for women and other genders, and that there was “still a lot of hurt” in the school community after students were filmed singing the sexist chant on public transport.

The survey also followed Four Corners revelations that former St Kevin’s principal Stephen Russell and a former dean of sport gave post-conviction character references for a child sex offender who coached sport at the school and was sentenced for grooming a year 9 boy. The boy’s family said they were not supported by the school.

In November last year, another former St Kevin’s student, photographer James Robinson, burned his blazer on the school grounds to show solidarity with “current students and victims of St Kevin’s, and schools like it, who feel their identity is slowly being chipped away by a hyper-masculine culture”.

In May, the Herald Sun reported year 7 and 8 boys were caught rating the genitals of female staff, and ranking the sisters of other students according to sexual attractiveness.

Barker said “the headlines earlier this year” were “misleading, lacked context and did not accurately or fairly portray Middle School students at St Kevin’s College”.

“We have taken measures to ensure ongoing curriculum development for education and shaping of young people. We acknowledge that significant work has been done and needs to continue. The pace of cultural change is a challenge we face, but actions will continue to be a priority,” she said.

A spokesman for the Independent Education Union said the information obtained by The Age about the complaints of teachers was accurate, and said the school was acting too slowly to address them.

“It’s moving slower than we would like, we think the school needs to show it is taking this seriously by getting onto it more quickly,” he said.

He said a request by teachers for bystander training for sexual harassment had not yet been put into action by the school.

Barker said whistleblower training had been done, and the school was “always planning” other responses.

Another teacher said the Dropbox complaints were not isolated incidents and showed “we still have a cultural problem nobody wants to address”.

Barker said she “emphatically rejects” the claim teachers were too afraid to speak up, and said staff were speaking of their experiences at her weekly open office session. She said some teachers who left complaints in the Dropbox had highlighted more than one incident.