A touching video of the moment an amputee veteran adopted a three-legged German Shepherd has left the internet overcome with emotion, while racking up more than 12 million views.

Dane Orozco, 42, from Los Angeles, California, lost his leg to an infection in 2016, revealing that the amputation left him battling severe anxiety and depression.

However, he sought comfort in his love of dogs – and began paying regular visits to his local animal shelter to spend time with the orphaned pups.

It was there that he met Kane, a sweet German Shepherd who had to undergo his own amputation after being hit by a car. Dane ‘instantly fell in love’ with the pup – explaining that he knew then and there that he was destined to take the dog home with him. 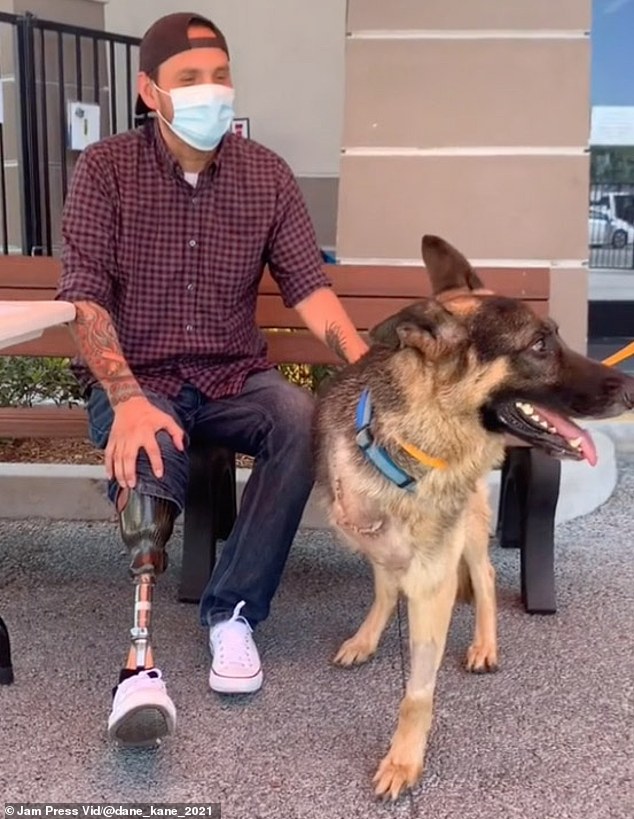 Meant to be! Touching video of the moment an amputee veteran adopted a three-legged German Shepherd has gone viral on TikTok, leaving dozens of viewers in tears 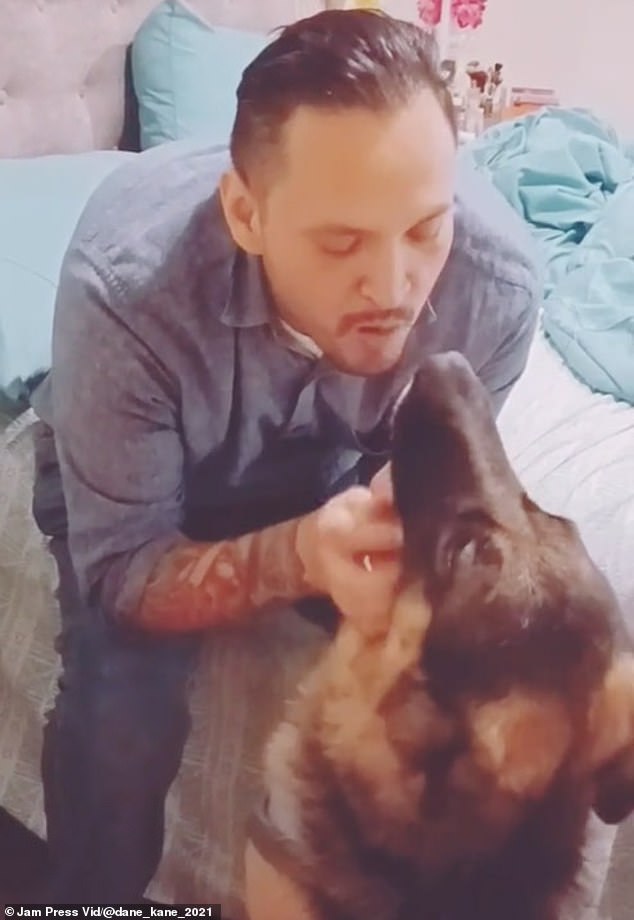 Bond: Dane Orozco, 42, from Los Angeles, lost his leg to an infection in 2016 – while his beloved new dog Kane had to have his right front leg amputated after being hit by a car

Now, video of the moment that Dane and Kane went home to start their lives together has gone viral on TikTok, with thousands of people calling for their story to be turned into a movie – while others admit to being left in tears by their sweet bond.

But behind the heartwarming video, Dane says that welcoming Kane into his life has helped him to completely transform his life and enabled him to move past the depression and anxiety that he faced in the wake of his leg amputation.

‘I lost my leg in 2016 to an infection,’ Dane explained. ‘It has affected me in so many ways, good and bad.

‘Mostly bad because I can no longer be the man I used to be.

‘I can still do things but it takes more time and extra effort to do the things I want and it causes depression and anxiety every single day.

‘I went to the shelter just to look because I was depressed and the only thing that made me feel happy in the past was having my dogs.

‘When I saw Kane I immediately said to myself that I was going to take him home. I instantly fell in love with him. We both have our right legs amputated.’

In the video of their meeting, captions reveal how Kane lost his leg after it was severely fractured when he was hit by a car. The pup is seen lying on the floor, being gently stroked by a member of staff.

It then fast forwards to the following month – and an excited Kane is seen eagerly awaiting the arrival of his new dad Dane, before the two are brought together, happily flashing their matching injuries to the camera.

They then walk out of the rescue center together, ready to begin their new life.

Dane’s beloved pet has adjusted perfectly to his new life and every day he gets stronger and more confident.

‘He runs like he has all four legs sometimes,’ Dane said. ‘He goes with me everywhere I go no matter where I am he’s never a few inches from me. 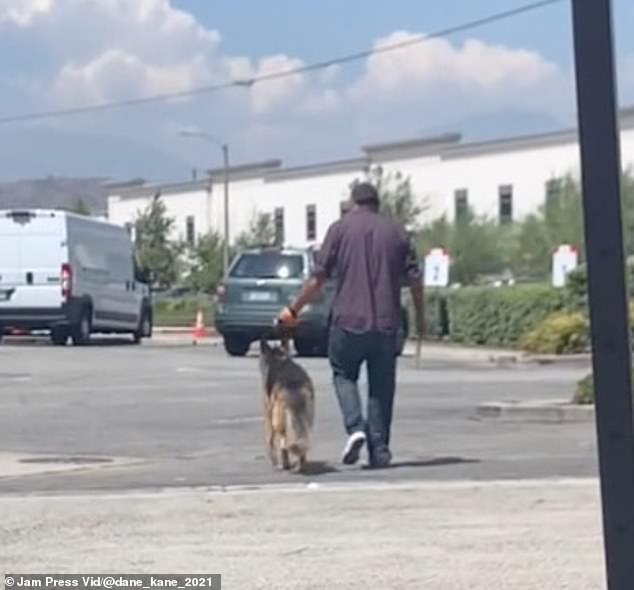 New beginnings: The viral video ends with Dane and Kane walking off into the distance to start their new lives together 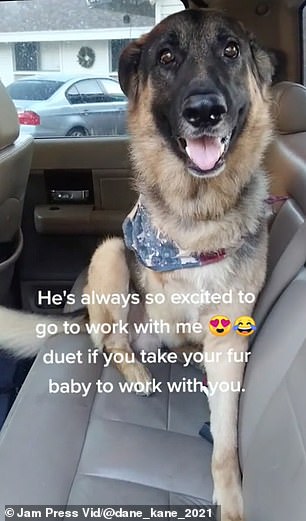 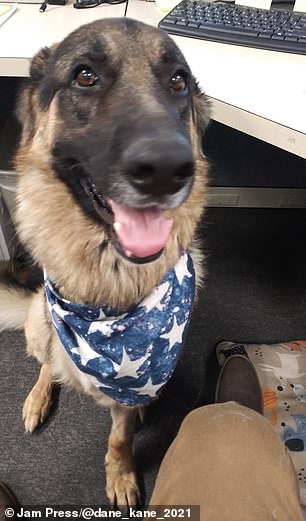 Companion: Dane says that he and Kane are now attached at the hip – with the sweet pup even accompanying his owner to work

Viral: Dozens of TikTok users left sweet comments on the post, praising the heartwarming ‘bond’ between Dane and Kane

‘He has changed my life in that I now feel better and he has been the therapy I’ve needed.

‘I can turn to him when I am feeling down and instantly I feel better.’

The video of the moment they met has had over four million likes and viewers were unable to hold it together:

One person said: ‘Why this instantly made me cry. I can just tell they’re going to have an amazing bond.’

Another added: ‘Wasn’t planning on crying tonight but here we are.’

Someone else wrote: ‘Make this a movie, please… Their lives leading up to this beautiful moment. Please.’

Dane has been blown away by the response to the touching video.

He said: ‘I am extremely surprised at how viral this has become and I never thought it would bring so much happiness to so many people.

‘I am happy we found each other and that we can be each other’s crutch.’

adopt, Amputee, of, veteran, video
You may also like: