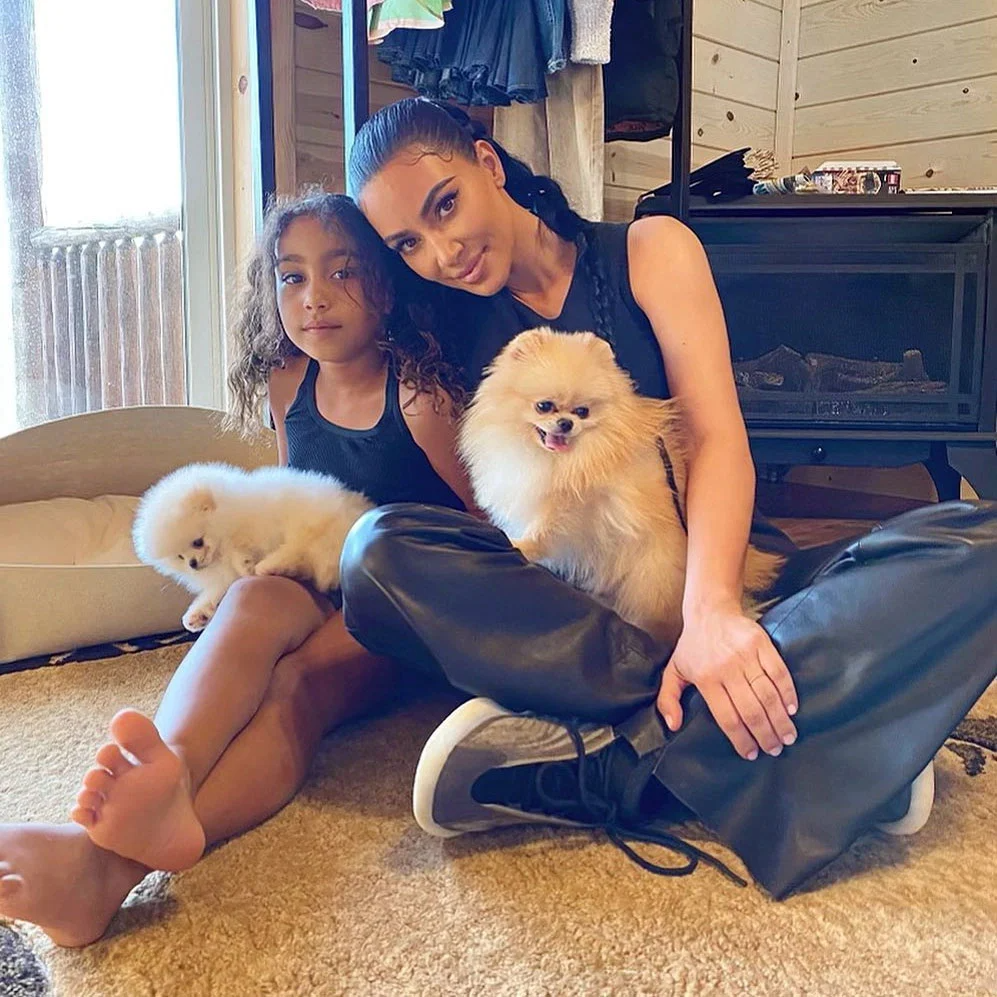 So cringe? While Kim Kardashian drove daughter North and niece Penelope around, the 9-year-old was less than impressed by her mom’s impromptu carpool karaoke session.

Kim Kardashian and Kanye West’s Sweetest Moments With Their Kids

The Skims mogul, 41, shared a Thursday, August 18, Instagram video while in the car with her eldest daughter and sister Kourtney Kardashian’s 10-year-old daughter. Kim and North both sang along to Bruno Mars’ “Versace on the Floor” track. However, North — whom the reality TV star shares with ex-husband Kanye West — wasn’t too happy that her mom had been filming their musical duet.

“Mom! Mom! Mom, please delete that,” North complained in the Thursday video before the clip cut off.

The Selfish author — who also shares sons Saint, 6, and Psalm, 3, as well as daughter Chicago, 4, with West, 45 — has frequently dubbed herself the “carpool mom” for her little ones and their pals.

“There’ll be times where [North] is like, ‘I’m not riding in a car with my brother,’ so morning drop-off has to be a fun thing, and luckily so many of our friends and cousins, they all live in the same neighborhood,” Kim recalled during a September 2021 appearance on the Ellen DeGeneres Show. “I’m like the carpool mom. I go to like three houses every morning to pick up kids, and I have to make it a thing.”

She added at the time: “Sometimes we do have to take two cars because we’ve agreed to pick up so many, and I have to separate the kids because [North] wants her own music, she wants her own vibe, she wants to sing with her friends, so I have to trade off. It’s always a thing.”

The Yeezy designer — whom Kim split from in February 2021 — has taken turns with his ex-wife to manage carpool duties.

“Kanye walked out on SNL [when I hosted], but I’m always going to take the high road,” the Kardashians star said during a May episode of her family’s Hulu docuseries. “We have kids involved. Kanye is here to pick up the kids. I just woke up and the mornings that he takes them to school [are] kind of relieving for me because I get to do a little bit of work. We now trade off on who takes the kids to school in the morning.”

In the episode, viewers saw West surprise his four kids with the rental of a fire truck to drive them to school. “No matter what we’re going through, I always want my kids to be around their dad as much as possible and just to have their mornings with dad and get dropped off at school,” Kim gushed via a confessional at the time.