Follow
Home » Lifestyle » What Is Reese Witherspoons Net Worth? How The Morning Show Actress Makes Money

What Is Reese Witherspoons Net Worth? How The Morning Show Actress Makes Money

Elle Woods, move over. Reese Witherspoon has played powerful female characters on the big (and small) screen for years, so it’s no surprise that she’s also had a pretty impressive career so far. From her recent role on The Morning Show to her upcoming project, Legally Blonde 3, she’s at the top of her acting game.

But Reese, 45, also has plenty of other projects to keep her busy. She just sold her company, Hello Sunshine, for a massive chunk of change—oh, and she owns a clothing line, too.

All of those side hustles have definitely added to Reese’s bank account. So, how much is she worth today? Here’s how the numbers break down:

Reese’s breakout role was in the 1999 movie Cruel Intentions.

The drama had a stacked cast, including Sarah Michelle Gellar, Ryan Philippe (a.k.a. Reese’s first husband), Selma Blair, and Reese. She played Annette, the wealthy daughter of the headmaster at a prep school. Reese’s performance got rave reviews, and she was well on her way to making it big (although she only earned $250,000 for the role, per Parade).

Next, she starred in Legally Blonde.

Reese went on to play one of her most iconic roles, Elle Woods, in 2001. Everyone’s favorite sorority-girl-turned-lawyer took the big screen by storm and helped Reese make a name for herself. Apparently, it was Reese’s first multi-million dollar paycheck, per Showbiz CheatSheet. 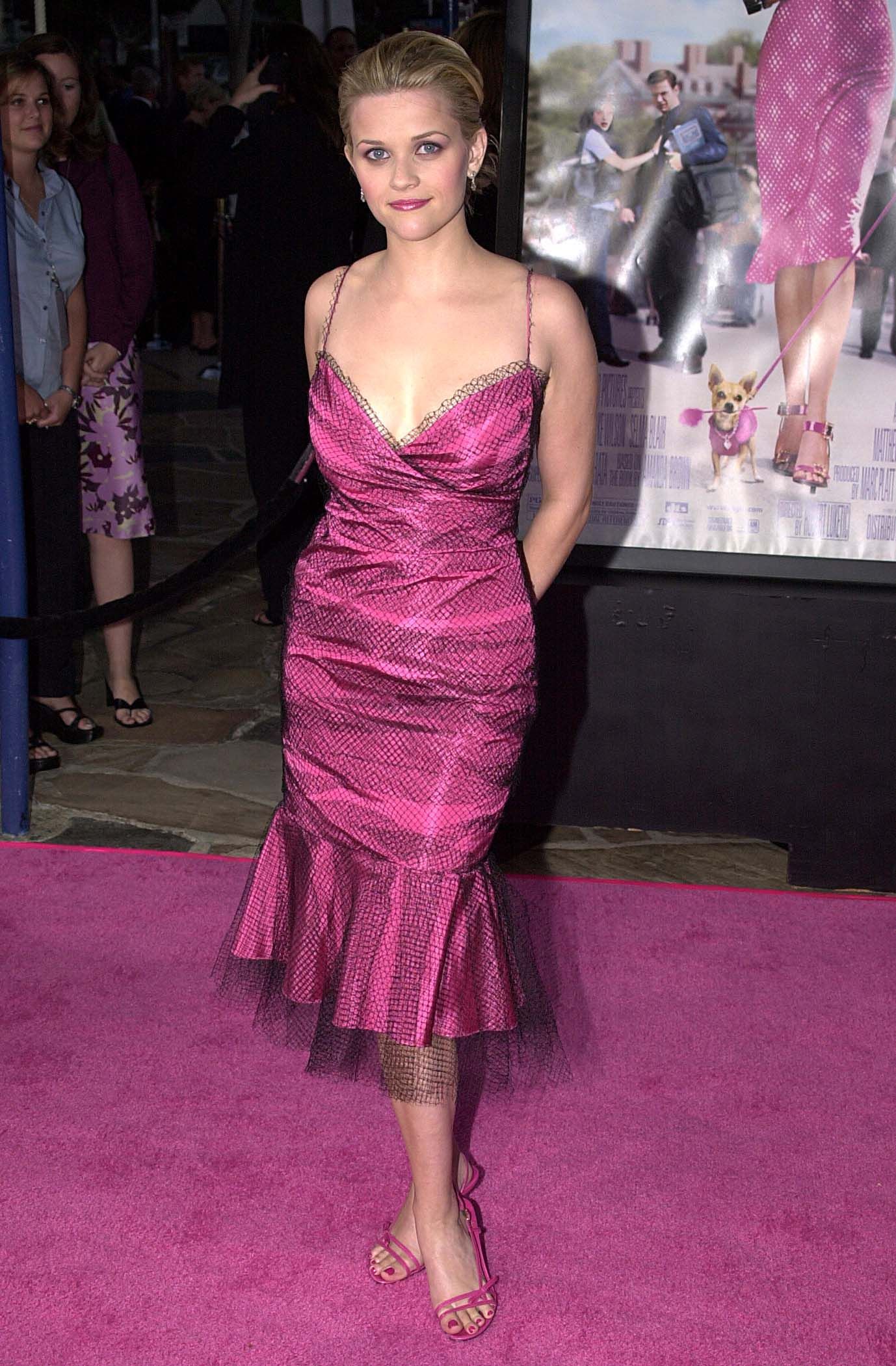 After that, there were plenty more starring roles for Reese.

Once Legally Blonde became a hit, there was no stopping Reese—or her paychecks. She played Melanie in Sweet Home Alabama for $12.5 million before reprising her role as Elle Woods in Legally Blonde 2 for a hefty $15 million check, according to Parade.

She continued to star in film after film, from Four Christmases to Vanity Fair, and as her resume grew, so did her salary. After winning an Oscar for her performance in the Johnny Cash biopic, Walk the Line, Reese proved she was a force to be reckoned with in the acting world.

In the past few years, Reese has switched to the small screen and gone back to her roots in drama. Her first big TV project, Big Little Lies, netted her “less than $5 million,” per Forbes. But for the show’s second season, Reese reportedly raked in $1 million per episode.

Then came The Morning Show, in which Reese plays a morning news anchor alongside Jennifer Aniston. Both actresses made $20 million each for the show’s first season—which some people were less than pleased about. But Reese wasn’t fazed, she told The Hollywood Reporter.

“There seemed to be a resentment as if we weren’t worth it or it was bothersome, and I thought, ‘Why is that bothersome?’ I guarantee these companies are real smart, and if they agree to pay us, they’re doing it for a reason. They probably had a lot of lawyers and a lot of business people decide on that number because they knew that they were going to make more than that back,” Reese said. “Does it bother people when Kobe Bryant or LeBron James make their contract?” she added.

Reese also made $1.1 million per episode for her role as Elena Richardson in Hulu’s Little Fires Everywhere, according to Business Insider.

After successfully launching the first Draper James collection, Reese opened a few brick and mortar stores in Tennessee, Texas, Georgia, and Kentucky. The line has garnered tons of buzz and Reese has remained the proud face of the company ever since (even through a slight scandal or two, per The New York Times).

Draper James has also partnered with other brands, like Lands End, as it continues to grow—no doubt making Reese plenty of cash in the process.

Reese has started a few different production companies over the years, the most successful being Hello Sunshine. Hello Sunshine was born in 2016 because Reese wanted an outlet to tell stories centered around women. “My lifelong passion has been to tell women’s stories with authenticity and humor,” she said in a statement.

“Hello Sunshine is deeply committed to creating content that will reach women where they spend time, whether it is at a movie theater, at home or on their mobile device. Women are looking for entertainment that speaks to them about what they value. Hello Sunshine will make content that entertains, educates and brings women together.”

On August 2, it was announced that Reese was selling Hello Sunshine to a media company headed by former Disney executives Kevin Mayer and Tom Staggs for around $900 million, per CNBC.

“Today, we’re taking a huge step forward by partnering with Blackstone, which will enable us to tell even more entertaining, impactful and illuminating stories about women’s lives globally. I couldn’t be more excited about what this means for our future,” Reese said.

She’ll still have an 18% ownership stake in the company and should collect around $120 million from the sale, per Forbes.

And she still has plenty of other side projects.

As if all of that wasn’t enough to keep Reese busy, she’s also written a New York Times bestselling book, Whiskey In A Teacup. She has her own book club and an app to go along with it.

Plus, Reese has had plenty of endorsements with brands like Biossance, Crate & Barrel, Elizabeth Arden, and Avon, per Parade. She also owns a few different properties, from her current multi-million dollar home in California to other properties in Tennessee and the Bahamas. 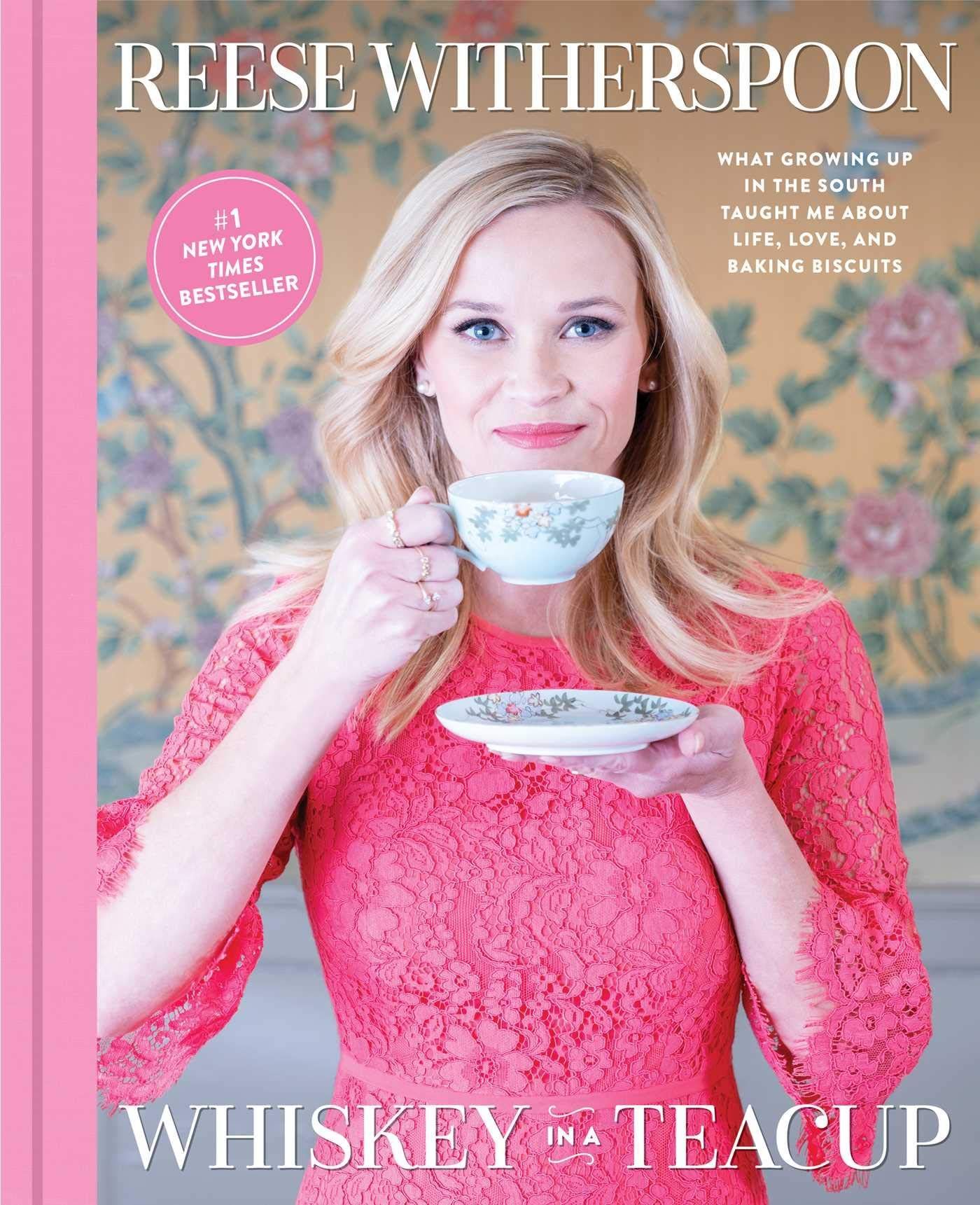 So, what is Reese’s total net worth?

Turns out, around $400 million, per Forbes. Based on her business savvy, it’s safe to say that number should only continue to grow. What, like it’s hard?