What the ‘wood-wide-web’ can teach us about nature

By Fiona Capp and Cameron Woodhead 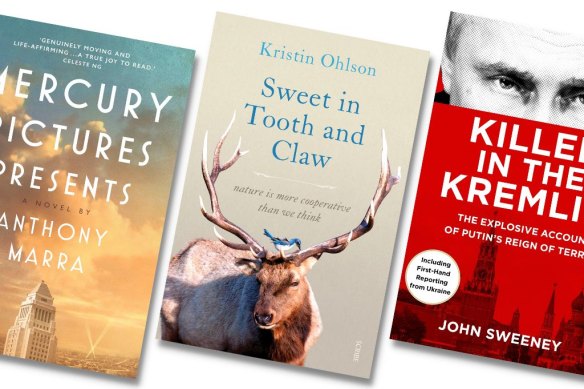 Books to read this week include new titles from Anthony Marra, Kristin Ohlson and John Sweeney.

Book critics Fiona Capp and Cameron Woodhead cast their eyes over recent fiction and non-fiction titles. Here are their reviews.

Non-fiction pick of the week 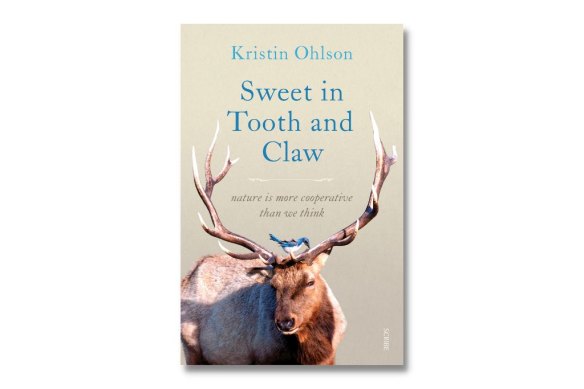 The idea that evolution is driven by the survival of the fittest is so entrenched in the study of biology that research has largely focused on competition between species rather than co-operation. But, as Kristin Ohlson shows in this inspiring field-trip of a book, nature is full of ecosystems that thrive on harmony and balance rather than division and conflict.

From the dependence of all life on microorganisms to the recent discovery of the “wood-wide-web” through which trees and fungi communicate and support each other, Ohlson explores the many forms of collaboration or “mutualism” in nature and how they offer a constructive template for our own interactions with the world.

This paradigm shift, she says, can be seen at work in the greening of our cities and in new forms of agriculture that eschew monocultures and harness natural diversity to promote abundance. 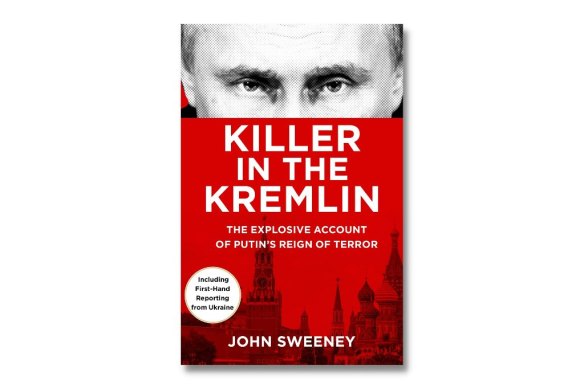 In the early days of Russia’s war on Ukraine, British journalist John Sweeney is walking the streets of Kyiv when “a great curl of sound walls up in front of me like a monster wave at sea”. It is a siren warning of incoming fire, known as Putin’s lullaby. As the war grinds on, Sweeney grapples with the man behind it to try to fathom what is driving him.

When Boris Yeltsin appointed the former secret policeman, a political nonentity, as his successor, no one expected Putin to win the next election. Then the Moscow apartment bombings shook the country and Putin’s poll ratings soared. The Chechens were blamed but the evidence points to the secret police.

In gonzo journalist mode, Sweeney draws on his many years as a reporter and his own “shirt-fronting” encounter with Putin, to ponder how this paranoid, grey man keeps his stranglehold on power and whether he can maintain it. 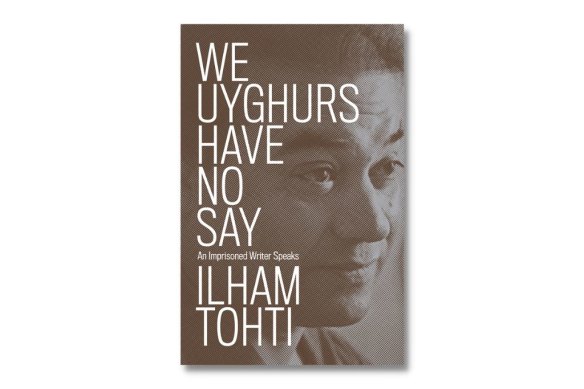 He has been called the Chinese “Mandela”. While Uyghur scholar Ilham Tohti shares the South African’s moral gravity and courage in the face of imprisonment, says the editor of this collection of his writings, he has never considered himself an activist.

The irony of the regime’s persecution of Tohti is that his “crime” has been to call for the Chinese Communist Party to uphold existing laws on the autonomy of minorities and the protection of their languages and cultures. Although a moderate voice for peaceful co-existence, he has not flinched from pointing to the “gap between the Party’s actions and its anti-imperialistic rhetoric”.

In 2014, after receiving a life sentence, he wrote, “I am convinced that China will become better and that the rights of the Uyghur people will one day be honoured”. One can only admire his optimism. 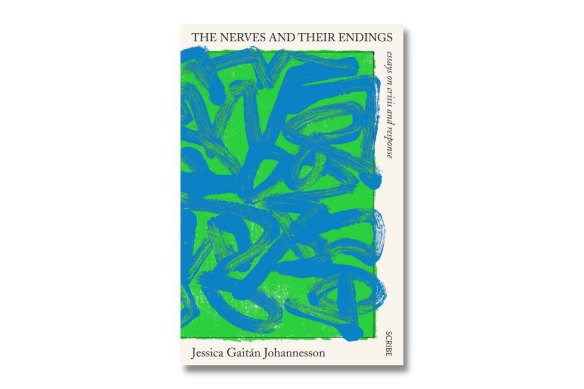 The Nerves and Their Endings
Jessica Gaitan Johannesson, Scribe, $24.99

“It always remains easier to look away from the horror of environmental collapse,” writes Jessica Gaitan Johannesson.

The psychic cost of staring this particular gorgon in the face is higher than most of us are willing to pay. For those who cannot look away, the price is to live in a state of raw awareness of the uncertainties and fears that global warming presents.

In these elliptical, probing essays, Johannesson mines her own life – her experience of anorexia, her mother’s illness and death, her inner conflict over her work as an activist – to wrestle with larger philosophical questions about the illusion of self-sufficiency and control, the social inequities the climate crisis exposes, the ethical responsibilities inherent in bringing children into the world, and finally, what hope might look like in times like this.

Fiction pick of the week 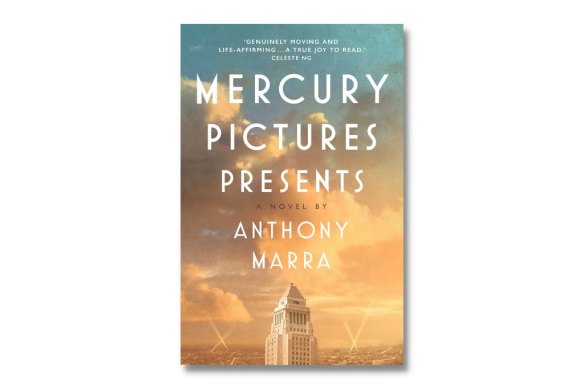 Anthony Marra is best known for his award-winning debut novel, A Constellation of Vital Phenomena, woven from lives in a war-torn Chechen village. Almost a decade has passed since then, but his second novel has been worth the wait.

It begins as a chirpy period romcom set at a Hollywood studio in the 1940s. Studio head Artie Feldman is going bald, with a Senate inquiry into war propaganda looming, and a puritan in charge of the much-loathed Production Code Administration. Luckily, getting past the censors is the thing his deputy producer, Italian-American dynamo Maria Lagana, does best, and she has a challenge cut out for her.

Darker themes emerge from the featherlight formula of screwball comedy – Maria dwells upon her youth in fascist Rome, and the dance between truth and fakery sharpens as Hollywood churns out propaganda films for the war effort. 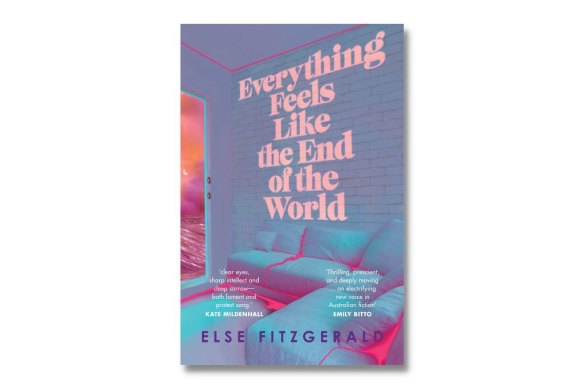 Everything Feels Like the End of the World
Else Fitzgerald, Allen & Unwin, $29.99

This suite of speculative fiction from Else Fitzgerald imagines a swag of dark possibility in Australia’s future, though you wish these tales would unfurl more often into full sci-fi.

The best pieces, including a title story offering glimpses of apocalyptic festivity, seem headed in that direction, and the tales of corporate greed and perverted applications of novel technology would benefit from doubling down on the world-building. As it stands, the collection is emo cli-fi with a vengeance. It has emotional depth without equivalent range: griefs, singular and collective, pervade these grim premonitions.

At her best, Fitzgerald constructs Black Mirror-like scenarios that refocus the reader’s curiosity and attention on the present, and narrative emerges organically through character. In less inspired moments, these future visions aren’t as acute or as developed as the desolating emotional landscape the author explores.

Else Fitzgerald is a guest at Melbourne Writers Festival. 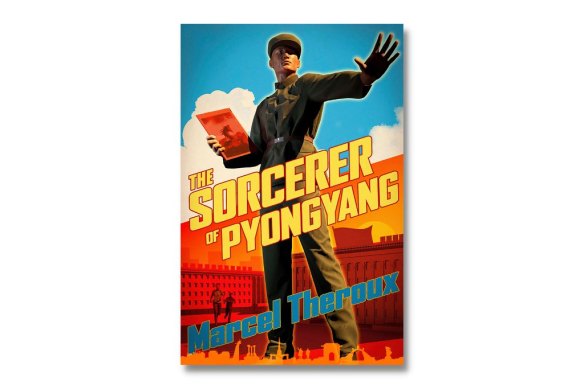 Marcel Theroux’s latest novel takes us into the Hermit Kingdom of North Korea during the 1990s, when the isolated country was experiencing mass starvation.

A 10-year-old boy, Cho Jun-su, stumbles upon a slice of the West that shapes his destiny: his father gives him a Dungeons & Dragons guidebook left by foreigners at a hotel. Deciphering the rules introduces Jun-su to storytelling and epic fantasy and helps to improve his English. Nerdiness brings success – he wins a poetry competition, obtains entry into a first-rate university, and monetises his talent for fiction from an unscrupulous niche within the regime’s corrupt elite – but it also leads to his denunciation, detention and punishment.

The Sorcerer of Pyongyang is a meticulously researched novel, and if intricate descriptions of North Korean life and society can sometimes overwhelm the narrative, it remains an eerie parable of life under totalitarianism. 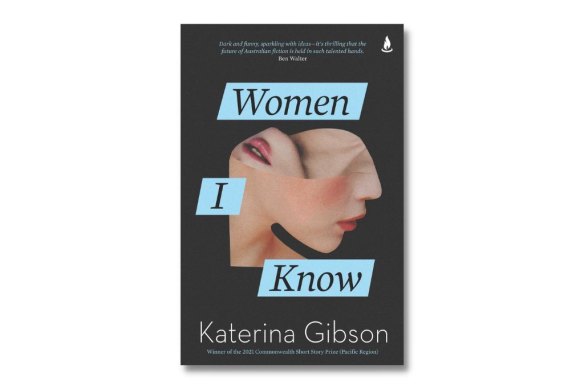 A collection of short fiction from Katerina Gibson, Women I Know has juicy and ambitious stories nestled among faddish, less accomplished fiction.

The volume contains two “Intermissions” – one a bald critique of the limited representation of women in literature, the other addressing “All The Stories I Started But Never Finished Because Of The Time-Restrictive Nature Of The Gig Economy” – as well as some five-finger exercises based on women caught in various poses of post-industrial neurosis and ennui.

True, Gibson can be too psychologically predictable or nudge the odd disaffected millennial theme over the line into gimmickry, but when she writes with a freer hand her direct, restrained style crystallises the contemporary alienations in this book with forceful originality.

When I moved into student halls, I met the housemates from hell