While millions of Australians tuned into Saturday night’s federal election coverage to find out who would run the country’s next government, the result had a different significance for pool cleaner Nikki Durant.

The 50-year-old Cronulla Sharks devotee – who named her business after the local NRL team – has been living in the Morrison family’s Sutherland Shire home since earlier this year, when her house in the Northern Rivers flooded and she was left with nowhere to go.

“But I didn’t want him to win just because I’m here in his house, I actually really like the guy,” Durant said. “I thought he deserved another go without so much to deal with.”

Durant was one of hundreds whose home in the northern NSW town of Woodburn was destroyed in the deluge this year.

She had only moved from southern Sydney four days before the waters rose and swallowed the town. Within a week of unpacking her final belongings, she lost everything. 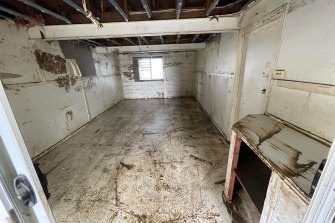 That was when Durant made a desperate call: she had been hired to clean the Morrisons’ pool eight months earlier, and remembered their home was furnished but typically unoccupied.

Despite only having met Jenny Morrison a few times – she often tinkered about the yard fixing things while Durant worked – the family’s former pool cleaner gave the prime minister’s wife a call.

“I panicked and called Jenny and said help: I’ve lost my house in the flood and have nowhere to live. I asked if I could stay, because I didn’t know what else to do,” Durant said. 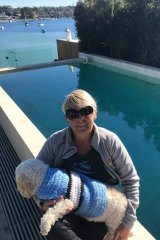 Moving back up north: Nikki Durant.

“She basically said: well, you have until towards the end of May, which is election time.”

Durant was able to leave emergency accommodation in northern NSW and set up temporary residence at the Morrisons with her two sons, aged 19 and 21.

She said the family’s generosity was a godsend. “[Jenny’s] a lifesaver doing that for me. I’ve been able to sort stuff out and co-ordinate some things up at Woodburn from here. It’s made my life a lot less stressful, having this place to stay in,” Durant said.

It turned out the late May deadline was just enough time for the timber in her home back in Woodburn to start drying out, too: the house is now ready to start rebuilding.

“That’s where I’m going now,” Durant said as she vacated on Monday night, while the former prime minister and his family prepared to move back to the Shire after the Liberal Party’s loss.

“I can shut the doors, I’ve taken up a washing machine and dryer, one power point, and set the back verandah up like a kitchen.”

Her sons will stay in Sydney, in a small apartment with a relative, until the works are complete.

Woodburn was one of the towns worst-affected by this year’s flooding event: most of its 800 residents returned to find homes, shops and streets destroyed after sitting underwater for several days.

Durant said there were now toilets and showers in the town for people to use, but she believed there was still a lot of anger among residents undertaking a slow rebuild from scratch.

She’s apprehensive about returning. “It’s raining up there, I’m a little bit scared to be honest,” she said. “But that’s where I have to make my life now, I just have to go up there and do it.”

Durant has never met Scott Morrison personally, but she said she would like to.

“I was devastated for him [when he lost the election]. I think he’s done an amazing job, I quite often defend him when people bag him out. He did alright under the circumstances and kept our country going,” Durant said. “Jenny is a lovely lady … I so appreciate everything they’ve done.”