Follow
Home » Lifestyle » ‘Who cares what gender I am?’: Inside the extravagant world of a rare male soprano

‘Who cares what gender I am?’: Inside the extravagant world of a rare male soprano

Samuel Mariño is that extremely rare thing: a male soprano. Descriptions of his voice range from transportive and sublime to stupendous.

The 28-year-old Venezualan-born, Paris and Berlin-based singer is in Australia to perform with the Australian Brandenburg Orchestra, singing arias from the 17th and 18th centuries in a program of works by Handel, Vivaldi, Hasse and Porpora. 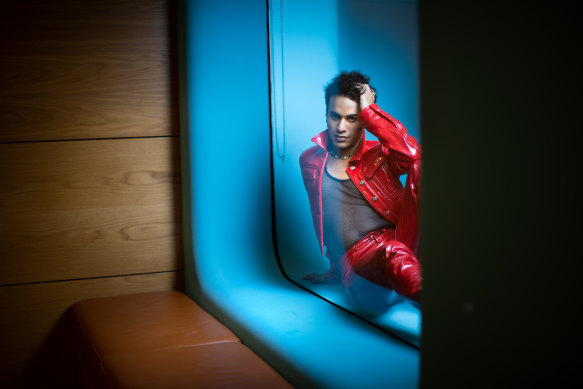 Samuel Marino ahead of his Australian debut with the Australian Brandenburg Orchestra.Credit:Simon Schluter

Even so, Mariño grew up with pop music and loves singing contemporary stuff, like Michael Jackson and Britney Spears, not that he’s done it professionally: the most recent work he has sung is West Side Story, in which he played Maria. “It’s very important to me the poetry and the lyrics that I am singing in that moment, I try to not live isolated from society … so I really try to relate my concerts and what I am singing to what is happening in the world.”

As well as his extraordinary voice, Mariño is known for his extravagant outfits; his luggage coming here weighed 65 kilograms. A huge fan of fashion – it’s a passion he’d like to get hands on with at some stage – he also wants to create a spectacle in his performances. “I work really hard to make a great show – and when I say show, I mean show. I grew up with pop music, I get a lot of inspiration by pop artists. Why in opera can we not do concerts like that?”

He and Paul Dyer, artistic director of the Australian Brandenburg Orchestra, have collaborated with this idea in mind: “We’re doing our best to do something different.”

At 13, when his voice half-broke, he was told by a doctor that surgery could address the issue – or he could try his luck as an opera singer. His mother suggested the latter and he has never looked back. 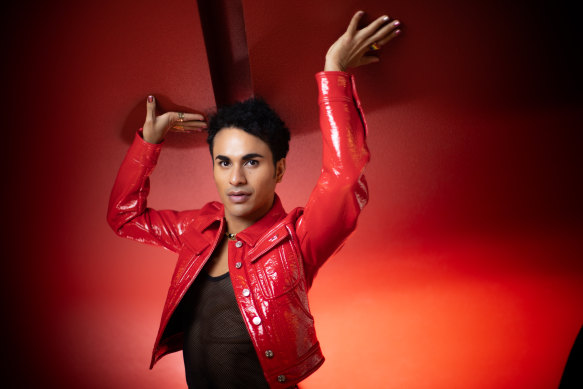 As a result, he has been able to perform works written for the castrati, the boys who were castrated before puberty in the mid-1500s in Europe so they could achieve ultra-high notes. Popular in churches and courts, the golden age of the castrati was the 17th and 18th centuries when they became the superstars of opera. The practice was finally outlawed in Italy in 1861.

The monstrous practice had a range of other effects on their body: the lack of testosterone meant their bones didn’t harden and so grew very long – they ended up being very tall and having extra long ribcages, which allowed them to hold notes for uncommon lengths of time.

Often described as gender-defying, Mariño says he aims to inspire and unite beyond gender lines. “To me, it’s more about different communities, Latinos, white, black, wherever you are from, everyone can identify with this music, that’s what I want.

“I don’t read that often what people write about me, they write so much about gender. Who cares what gender I am, I really don’t care. People ask me what are my pronouns, he/she/they/them, I’m like whatever, it’s fine,” he says. “For some people, it’s important and I respect that, but to me really it’s not a big deal.

“In Spanish we say, ‘I am not a piece of gold to be liked by everyone’. I like that,” he says. “I don’t want to please everyone, I want people to have reactions.”

His speaking voice, like his singing voice, is high-pitched and he was bullied continually at school, both for it and for his homosexuality. He started playing piano at six and then started ballet as a teen, which instilled in him a love for classical music, particularly Tchaikovsky. “I want to invite people to be as fascinated by it as I was when I was 15.”

This year, Decca released Mariño’s second album, Sopranista, the first album to feature a male soprano singing arias that are more commonly performed by female voices. His next release will be vastly different, focussed on “who I really am”.

“It will be much more than classical music,” he adds. “I haven’t decided everything that I would love to do but I want to make some collaborations, not only classical, pushing the walls. It’s just music, why do we have to make all these big walls.”

Beyonce and Lady Gaga are two artists he would most love to work with. “Some people are on the top of my list but in Venezuela we say, if you want something, don’t mention it!”

What is it about his voice that transports people, I wonder. “It’s the first time somebody has asked me something like that. To be honest, I am transported too, I am not myself, I don’t know what is my name or whatever. I don’t know if it’s my voice that is transportive,” he says. “Singing takes me out of myself. I think that’s why I sing so much, all the time. I want to be sure everything will work and to be able to fly in my mind; I want everyone to fly with me.”