AJ McLean’s 9-year-old daughter has changed her name from Ava to Elliott, but the choice was “not a gender thing,” according to the Backstreet Boys member’s wife.

Rochelle McLean explained via her Instagram Stories Wednesday that “‘Ava’ has changed her name quite a few times since she was about five.”

The makeup artist and hairstylist continued, “Last year she asked us to start calling her Elliott and it stuck. She wanted something unique that no one else had. (There are so many Ava’s).”

Rochelle, who is also the mother of 5-year-old daughter Lyric, noted that she does not “really see the harm in respecting” her eldest child’s “desire to be unique.”

She added, “Come to think of it, it’s a little odd that as parents we choose names for people we haven’t even met yet and expect them to forever [identify] as that person!” 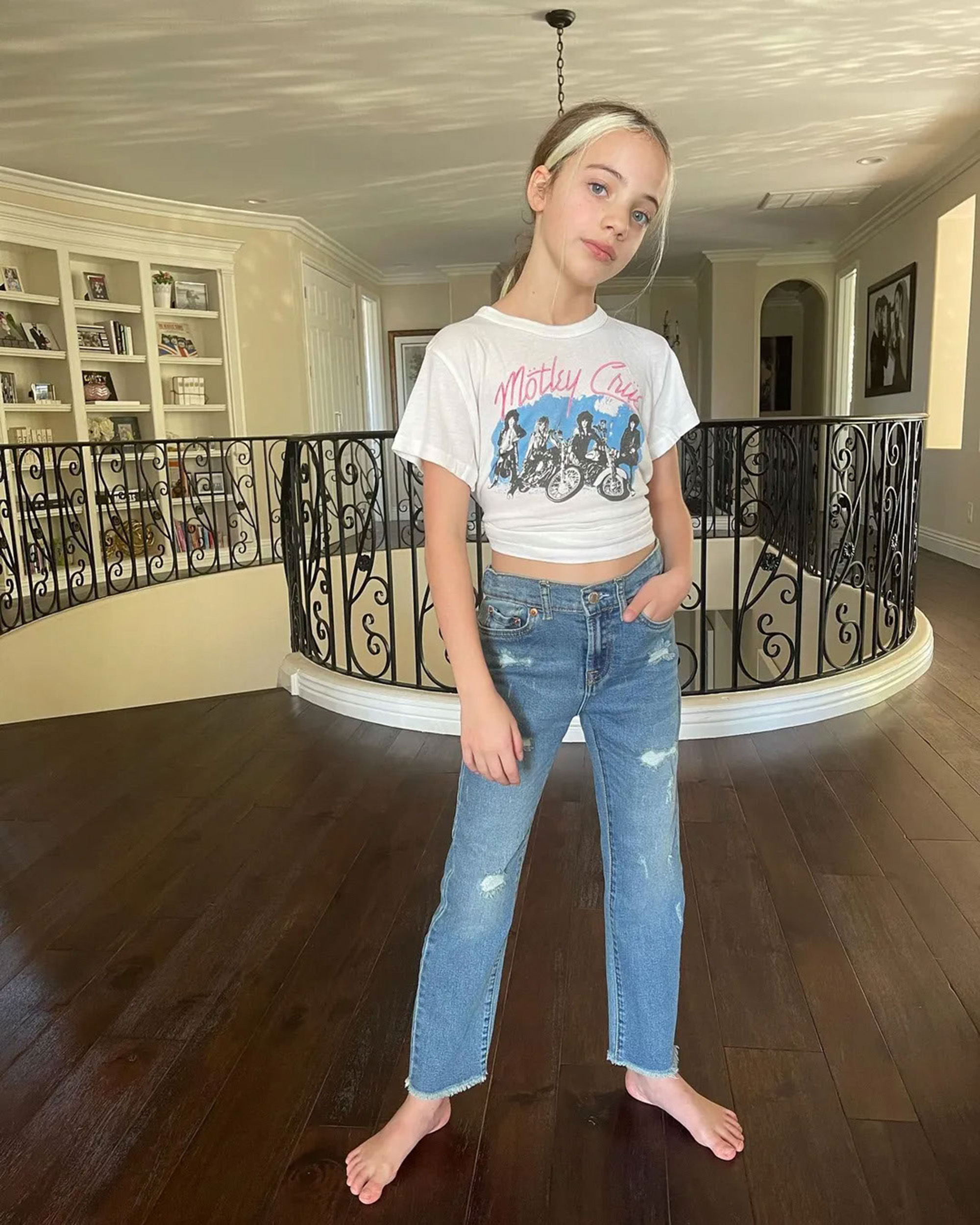 Rochelle concluded her post by asking her followers to “be kind” to the little one.

“She’s just a kid trying to make her way in this crazy world!” she wrote. “I just want her to know she can always be whoever she wants to be.” 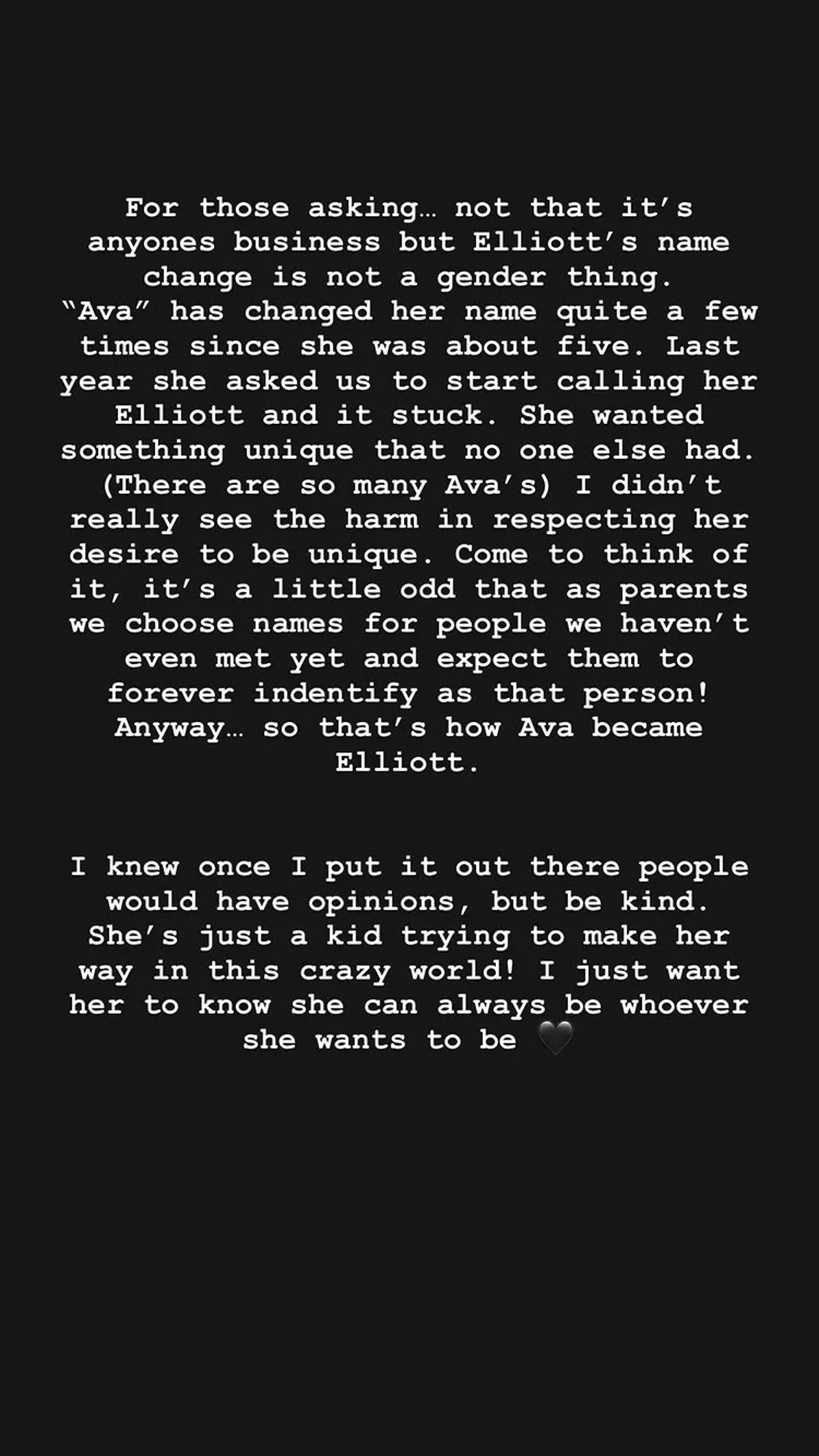 The “Everybody (Backstreet’s Back)” singer debuted his oldest daughter’s name change while celebrating her and her sister’s first day of school. 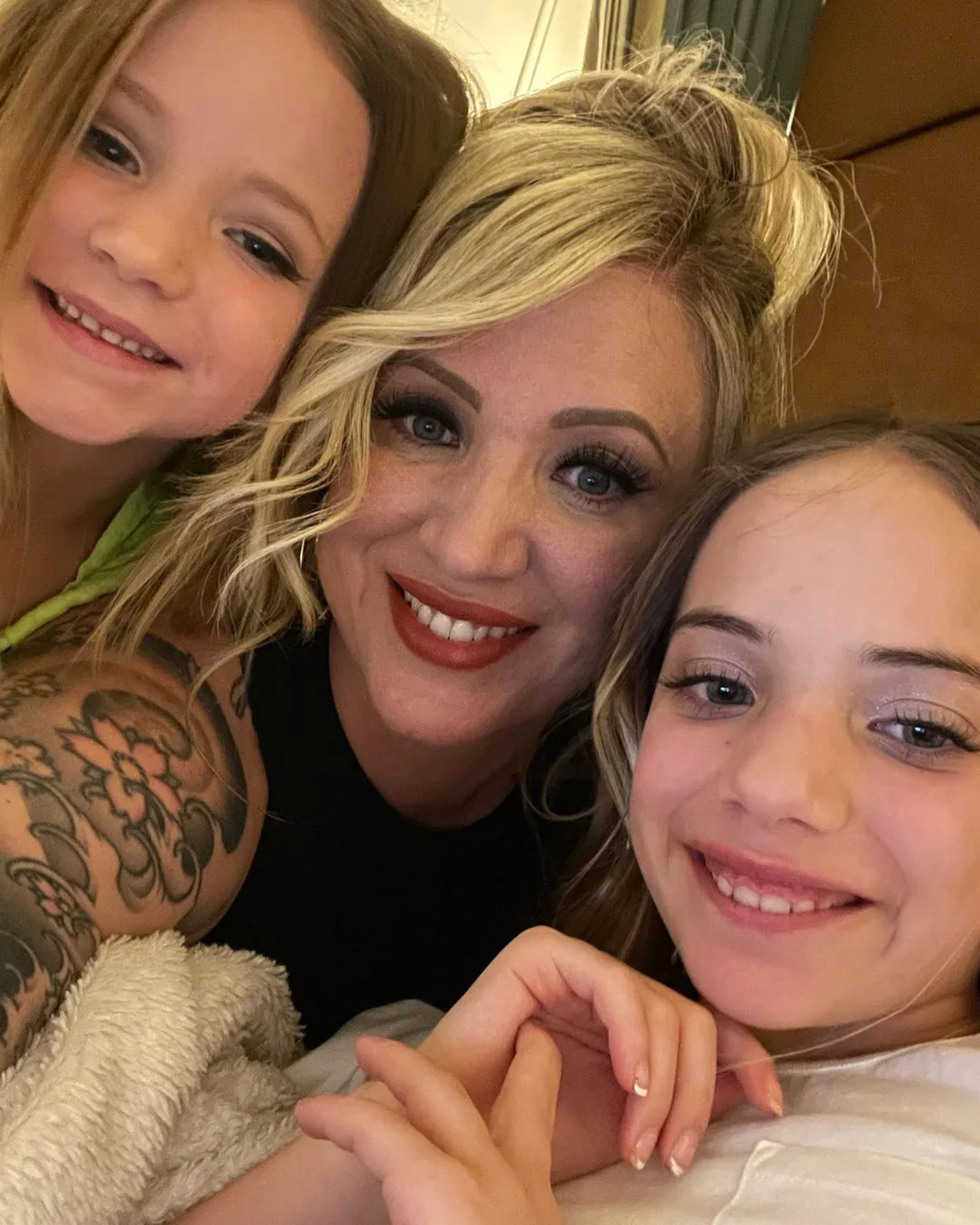 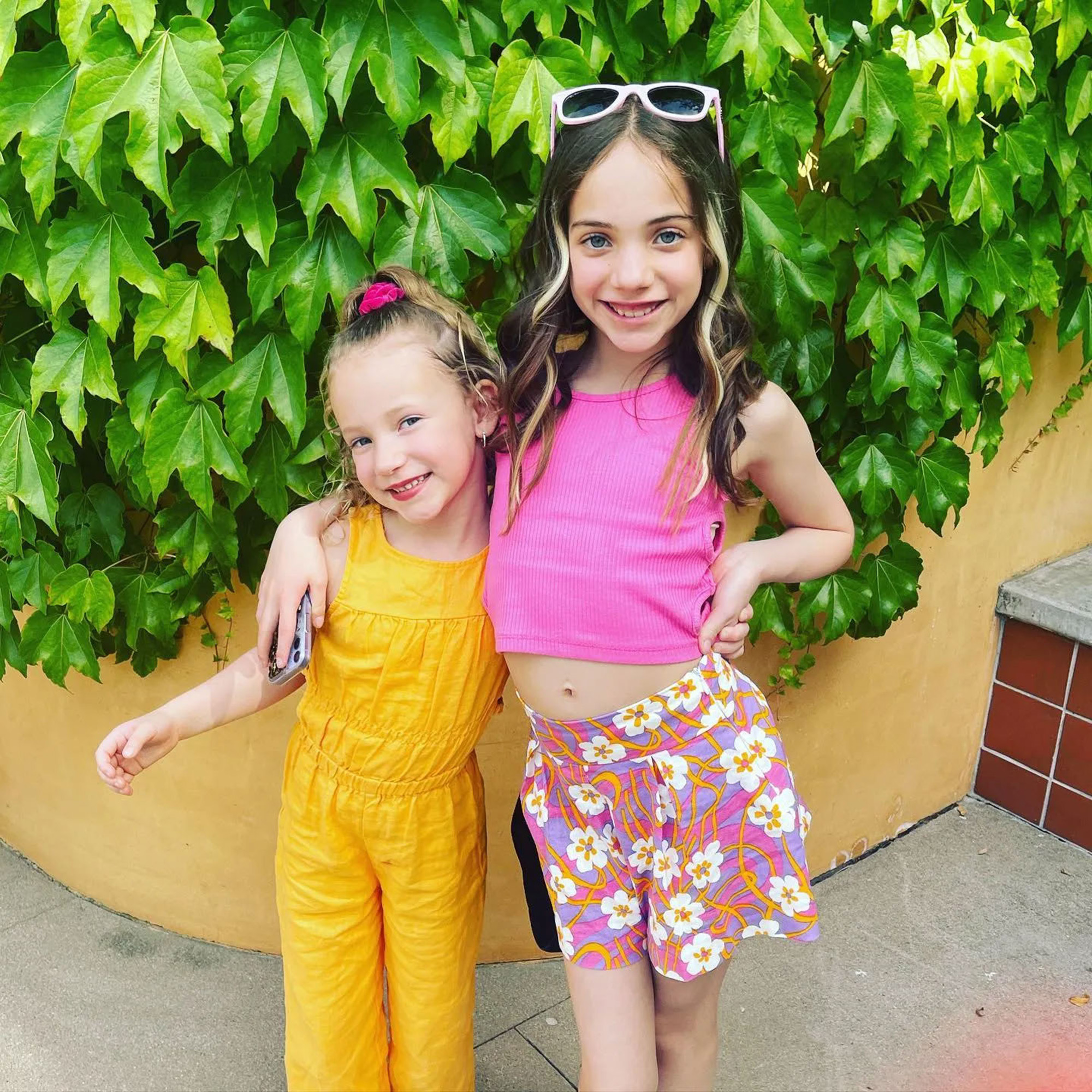