Why experts think a death tax should be re-introduced

Australia is one of only a handful of developed countries that does not have a death duty but the economic case for redistributing funds from wealthy estates back into public coffers is growing as inequality rises.

Australia’s state and federal leaders scrapped inheritance taxes more than four decades ago, led by then-Queensland premier Joh Bjelke-Petersen, and they have since been considered too politically poisonous to re-introduce. 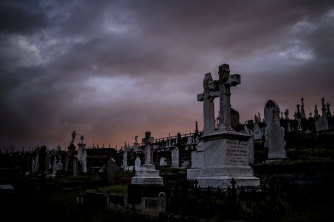 Australia is one of only a few OECD countries without a death duty.Credit:Brook Mitchell

But out of the 37 OECD nations, 24 have inheritance, gift or estate taxes and the OECD has now encouraged all member states in the aftermath of COVID-19 to consider the introduction of such a tax, or to increase the rate at which these taxes are charged, to help improve equality and raise extra revenue.

University of Melbourne Law School Professor Miranda Stewart says inheritance taxes are a “sensible part” of tax systems provided they are carefully designed and have a high threshold, meaning only the wealthiest are captured.

“It will always be politically unpopular and that’s the lesson from around the world,” Stewart said.

“But we have a continually ageing population … people are living longer than ever before, which means that there is a longer period of time [for] accumulation of wealth,” she says. “We get that increased inequality of wealth and asset holding, and quite a lot of the richest people still have assets when they die. There’s an increasing number of bequests, and we have more valuable bequests.”

Corinna Economic Advisory principal Saul Eslake is also a proponent of death taxes, which he says could redistribute wealth more equally and help ignite more philanthropy in Australia. He says Norway, Sweden and Austria also do not have taxes on inheritance but countries similar to Australia and those looked to as models to emulate do have these charges. This includes the United Kingdom and the United States.

“The reason why there are so many things named after people [in the US] – why you’ve got Carnegie Hall and the Guggenheim – is because the US system in effect says to rich people: give a chunk of your wealth away and have things named after you or the government will take it,” he says.

But he warns governments in Australia’s past failed to properly index the charges during periods of high inflation, leaving people with relatively small estates caught paying, so the design of such a tax would be critical.

a, death, Experts, tax, think, Why
You may also like: