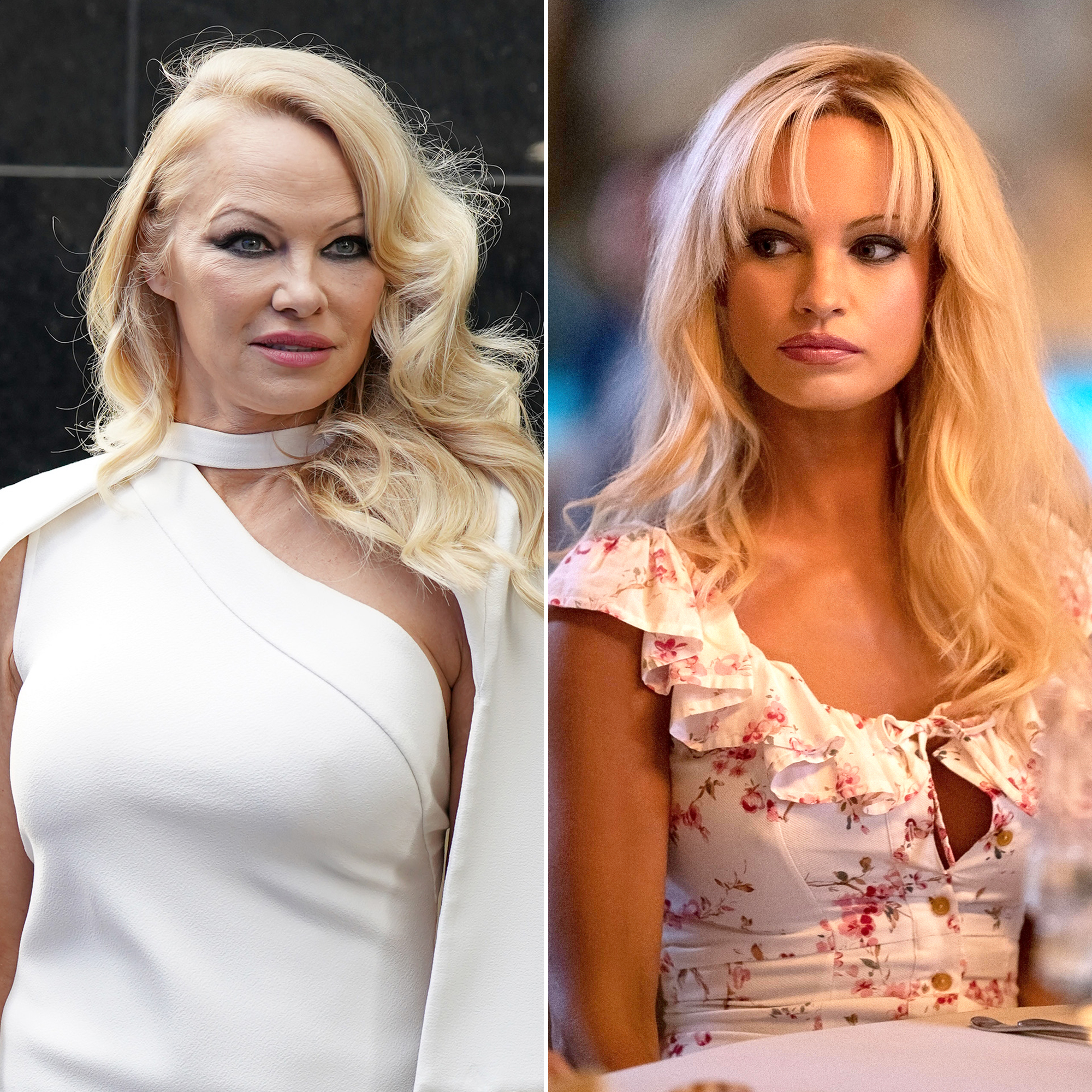 Pam and Tommy’s Key Players: Where Are They Now?

“It was already hurtful enough the first time,” the Baywatch alum, 55, told The New York Times in a profile published on Friday, January 13, noting that she was not interested in watching the Emmy-nominated program or speaking with the England native, 33, about her portrayal. “It’s like one of those things where you’re going, ‘Really?’ People are still capitalizing off that thing?”

The Mamma Mia! Here We Go Again actress starred opposite Sebastian Stan in Pam & Tommy, which premiered in February 2022, about Anderson’s whirlwind marriage to rocker Tommy Lee and their leaked sex tape. A home video of the pair’s intimate moments had been stolen from their Malibu, California, residence in 1995, which quickly went viral on the newly-launched Internet. The series — also starring Seth Rogan — chronicled Anderson and Lee’s attempts to stop the release of the video. 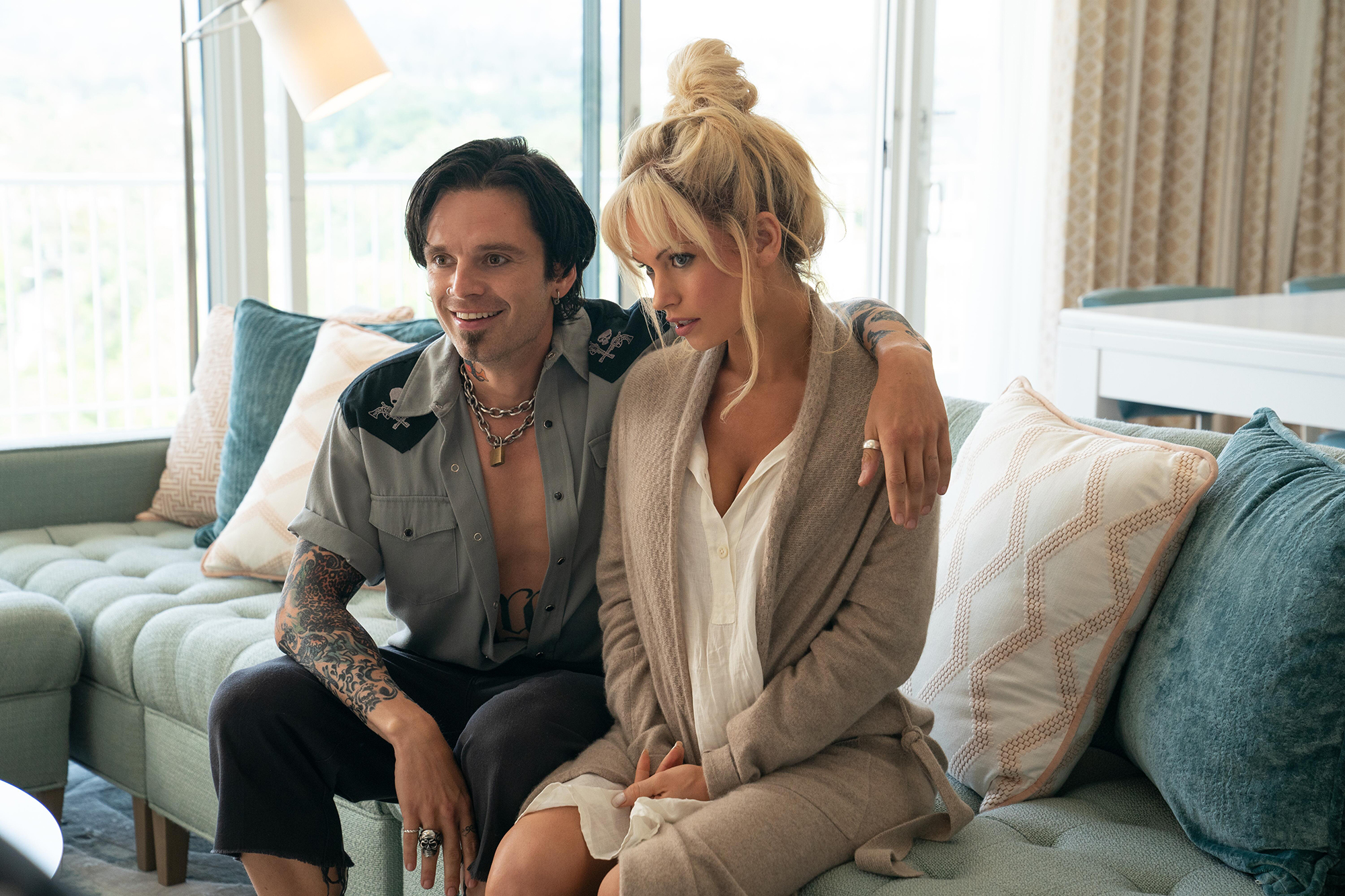 James — who earned a 2023 Golden Globe nomination for her role — underwent a physical transformation to match Anderson’s appearance by dying her hair blonde and wearing prosthetic breasts. She also was eager to receive the former Playboy model’s stamp of approval before filming.

Actors Who Portrayed Real People in Movies and TV Shows

“I was really hopeful that she would be involved. I wish it had been different,” the Cinderella star told Net-a-Porter’s Porter in January 2022. “My sole intention was to take care of the story and to play Pamela authentically.”

James continued at the time: “I’ve never worked so hard. I read the books [that Pamela] has written, I read her poetry, I can parrot along to all her interviews. … Slowly, our incredible team found a balance where I resembled Pamela but also felt like I could act through it. I’ve never done anything where I look very different from myself before. There was a bravery that came from that. A courage that came from disappearing.”

The Canada native has not watched Pam & Tommy — which showrunners Robert Siegel and D.V. DeVincentis adapted from Amanda Chicago Lewis’ 2014 Rolling Stone article and the 60-year-old drummer’s own memoir, Tommyland — but is finally ready to share her side in her eponymous documentary for Netflix. 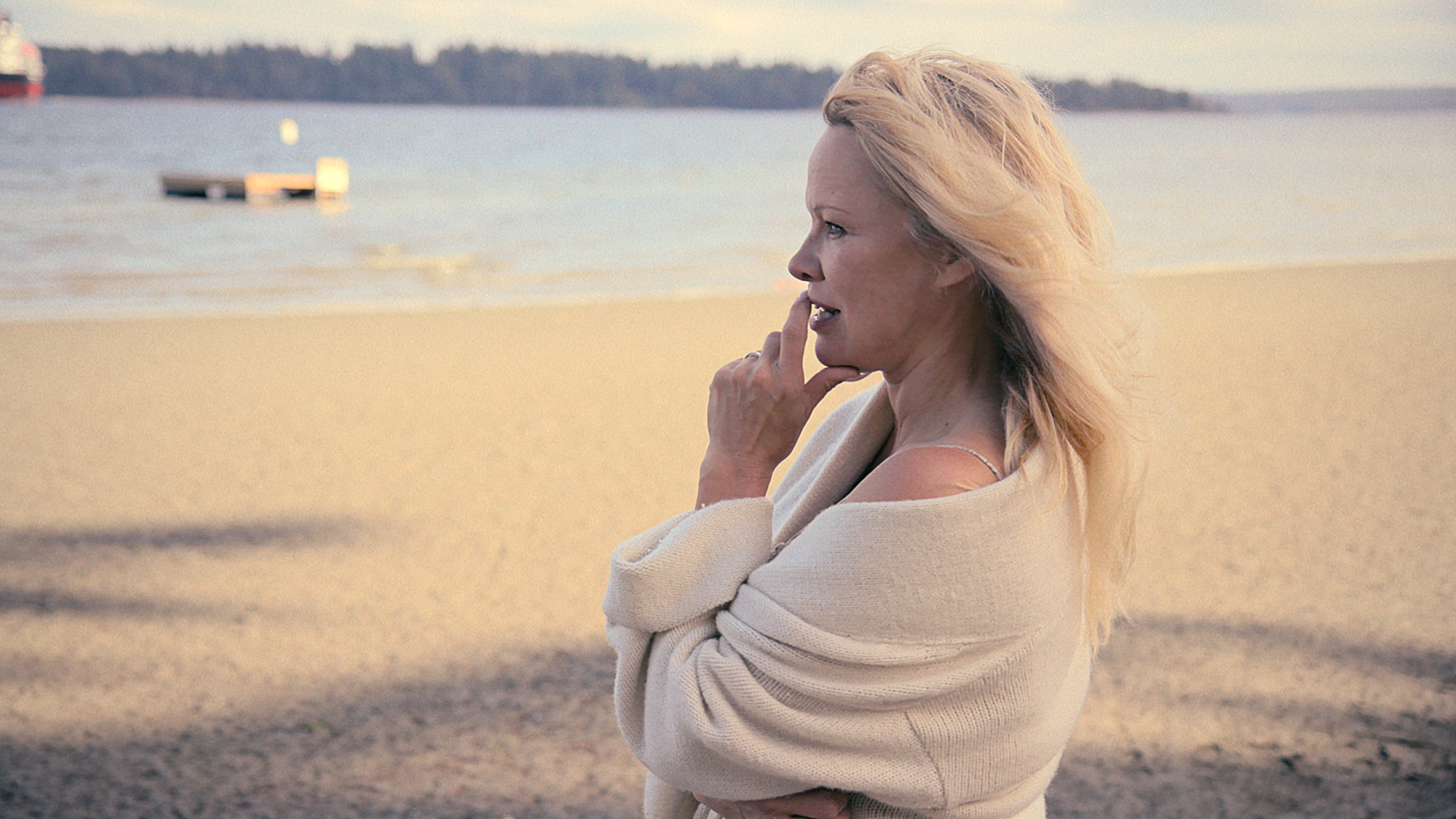 “The Hulu series played a huge role in Pam deciding to share her story,” a source exclusively told Us Weekly earlier this month of Pamela, a Love Story, which will premiere on January 31. “She hated how sensationalized the story was and wanted to be able to tell hers from the beginning.”

Everything to Know About Pamela Anderson’s Netflix Documentary

Anderson — who shares sons Brandon and Dylan with the Mötley Crüe artist — is set to discuss Pam & Tommy and the sex tape scandal in her doc, which Brandon, 26, coproduced.

“I blocked that stolen tape out of my life in order to survive,” the Barb Wire actress said in a January trailer for Pamela, a Love Story. “Now that it’s all coming up again, I’m feeling sick. I wanna take control of the narrative for the first time. … I put myself in crazy situations and I survived them. I don’t care what people think because it’s the only choice I had. If I cared what other people think, I wouldn’t be here.”