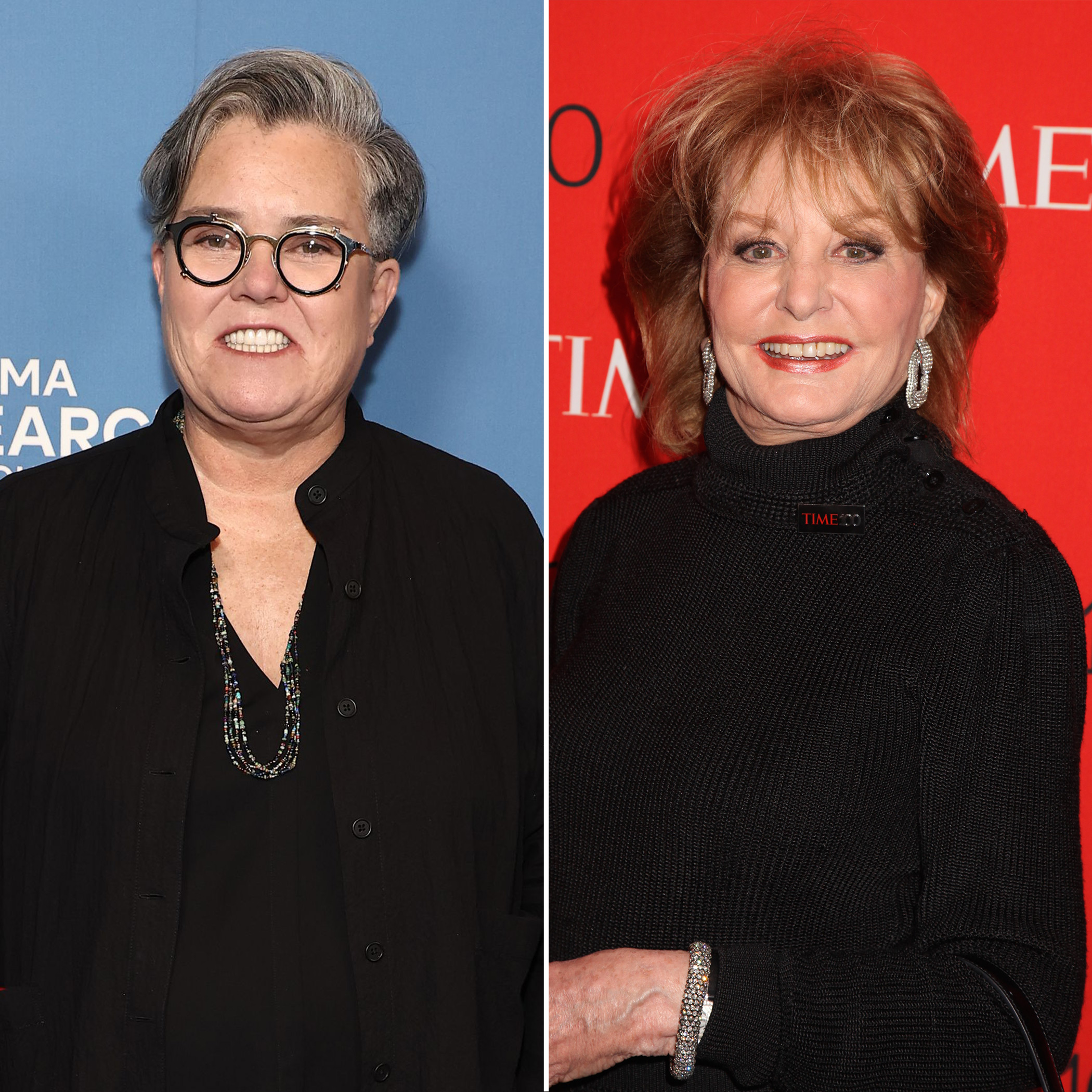 Rosie O’Donnell did not take part in The View‘s tribute to the late Barbara Walters on Tuesday, January 3, but she was invited to appear.

An ABC rep and a spokesperson for the League of Our Own actress both confirmed that O’Donnell, 60, was invited to take part in the special episode, TVLine reports. However, the former cohost had prior commitments. “She is on a plane and couldn’t change her schedule,” her representative explained.

Walters, who created The View and was on the roundtable until 2014, died on Friday, December 30. She was 93.

“Barbara Walters passed away peacefully in her home surrounded by loved ones,” Cindi Berger, the TV presenter’s publicist, told Us Weekly in a statement at the time. “She lived her life with no regrets. She was a trailblazer not only for female journalists but for all women.”

‘The View’ Cohosts Through the Years and Why They Left

“She started The View when she was 68 years old — very few people start a new career at that age,” Behar, 80, said of Walters at the top of Tuesday’s episode. “And also, she had no mentors or role models because she was the original role model for everybody else.”

O’Donnell, for her part, shared a video reacting to Walters’ death on Friday.

“Very sad to hear about Barbara Walters’ passing. Although 93, man, who wouldn’t take that? What a long and eventful, legendary life she had,” the former Rosie O’Donnell Show host said via Instagram at the time. “Spoke to every prominent world leader in memory, interviewed everyone who’s anyone, and I was lucky enough to be in her orbit for a good many years.”

She continued, recalling memories of going to the theater with her former colleague. “We saw a lot of Broadway shows together, and whenever we’d go backstage, I’d try to help her over the steps backstage — and she would always smack my hand and tell me to leave her alone. She [knew] what she was doing I could tell you that.”

Barbara Walters Through the Years: Photos

The New York native concluded: “May she rest in peace, and may everyone remember just what barriers she broke down for women. She was the first and will always be remembered.”

O’Donnell was on The View during the 2006-2007 season, replacing Vieira, 69. She asked to be released from her contract early, leaving the show after just eight months.