Why Stephen Amell Was Hesitant to Join 'Heels' After 'Arrow'

Playing a superhero is pretty exhausting! After starring in 170 episodes as Oliver Queen on The CW’s Arrow, Stephen Amell may have been wanting a break. But he didn’t take one.

Arrow aired its series finale in January 2020. Within three months, the 40-year-old actor moved to Atlanta to begin filming Starz’s wrestling drama, Heels, portraying Jack Spade, one of two brothers in a wrestling family trying to make it big.

“I was totally hesitant. It’s not what I was looking for. I wasn’t looking for anything, frankly,” Amell told Us Weekly exclusively while promoting the new series. “I hadn’t thought about what my next move was going to be after Arrow. And then they found me. They sought me out and my manager told me how great he thought the scripts were.” 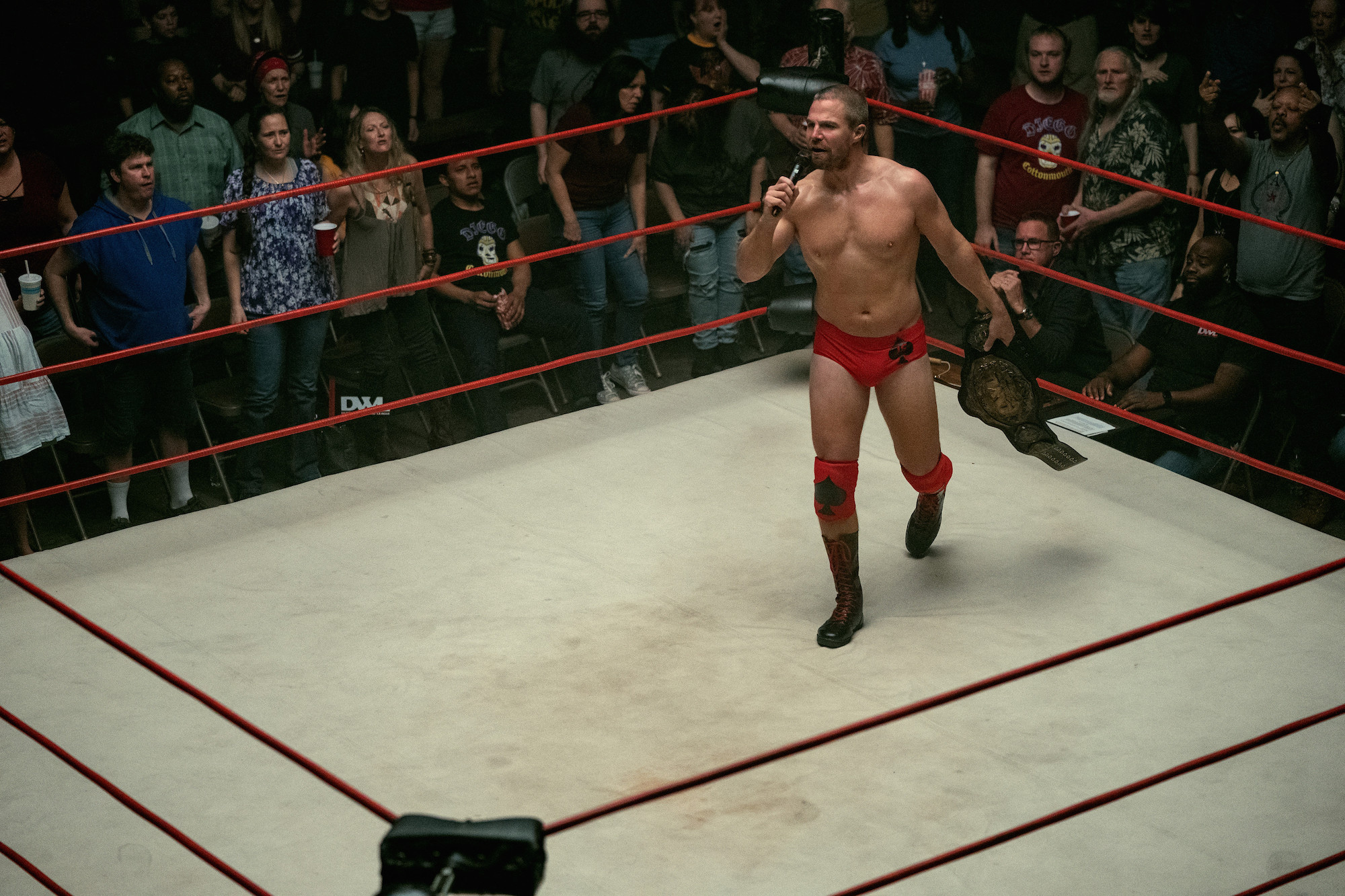 The Canada native added that after reading 15 pages of the pilot and speaking to the team behind it, “I knew I wouldn’t be able to turn it down.”

Of course, everything also comes down to timing. For Amell, he feels “like lightning struck twice” with two big shows.

“When I got the job as Green Arrow/Oliver Queen, I was at a really interesting point in my life. I was dating a young lady who’s now my wife,” he told Us, referring to Cassandra Jean, who he married in 2012. “I was ready for that opportunity. You’ve got to believe that there are forces in the universe that are working that you’re not aware of.”

TV Stars Who Left Shows and Came Back

The show was put together years ago and the network couldn’t find the right actors to lead it. When Jeff Hirsch joined as CEO of Starz, his first project was Heels — just like when Mark Pedowitz took over The CW, the first show he greenlit was Arrow. 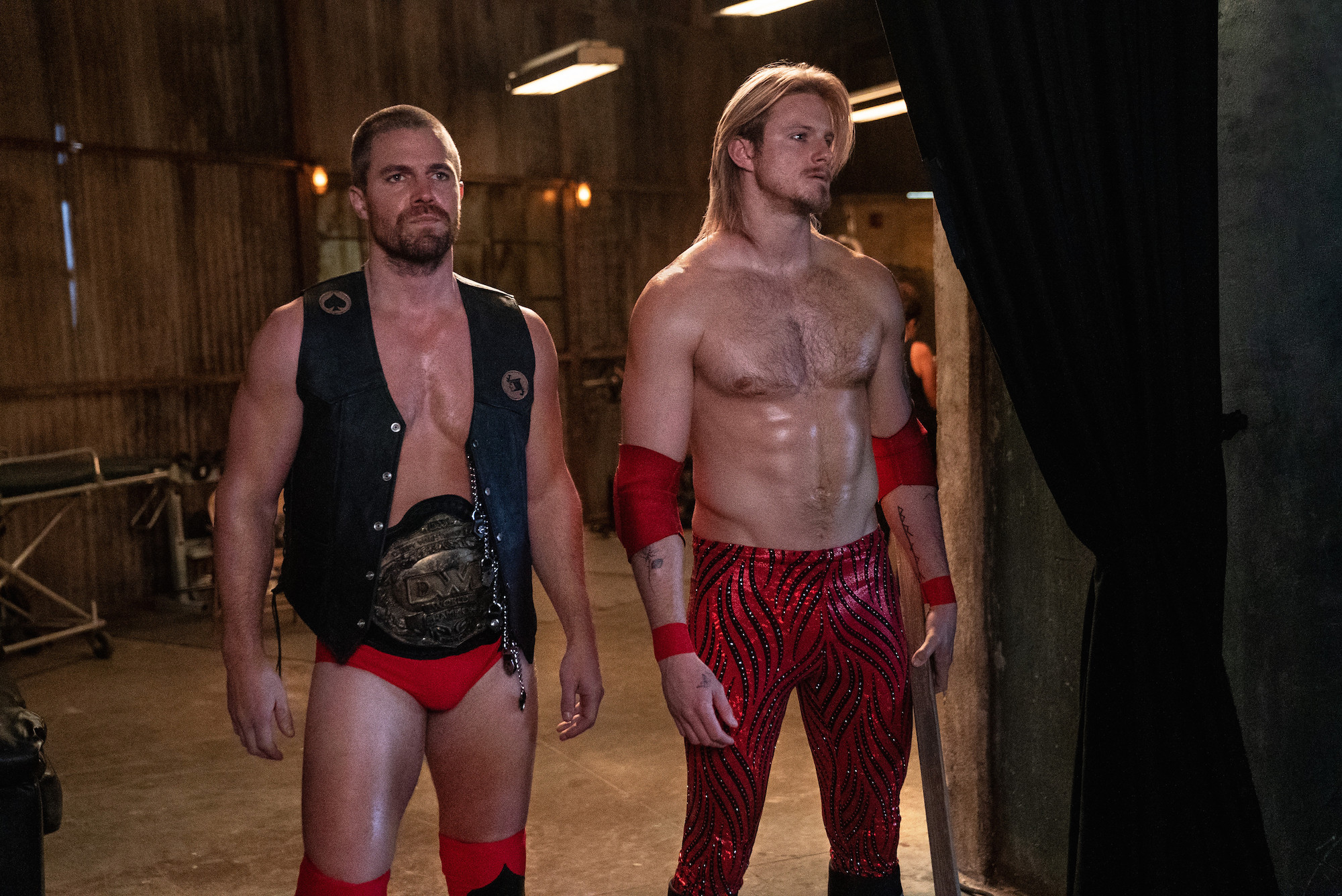 “There are so many woven in pieces here that I just hope that we find a soft landing spot and that the show resonates with enough people that we get to keep exploring this world,” the longtime wrestling fan added. “It really feels like the first season of this show was just the first chapter, and that there’s so much more to do.”

The job, much like Arrow, wasn’t an easy one either — especially since wrestlers are such intense athletes … and wear very small wardrobes.

Filling the Void! Sports Shows and Movies to Watch

“The physicality was real. Everyone bought in, everyone put themselves through the wringer,” the Code 8 producer explained. “Alexander [Ludwig] has openly said this is the hardest that he’s ever trained in his life. I’d say the same for me because, in that first episode, I’m out there in trunks, just a speedo. There’s no hiding! So I really had to focus and work on my lower body — my hips and my butt and my legs and quads and hamstrings and calves and all that stuff. I wanted to make sure that if I’m going to walk out there with the DWL belt around my waist, as I sit in front of the Hall of Champions wall, people have to believe that I know how to handle myself.”

For more from Amell, watch the exclusive video above.

Amell, hesitant, Stephen, was, Why
You may also like: