Woman and cross-dressing partner both get chatted up by men

A couple who met on TikTok thanks to cross-dressing videos say they often get mistaken for two women and are regularly chatted up by groups of men on nights out.

Linda came across her future partner in December 2021 when videos of Phil dressing up as a woman appeared on social media.

From then on the pair began liking and sharing each other’s videos before sharing private messages. 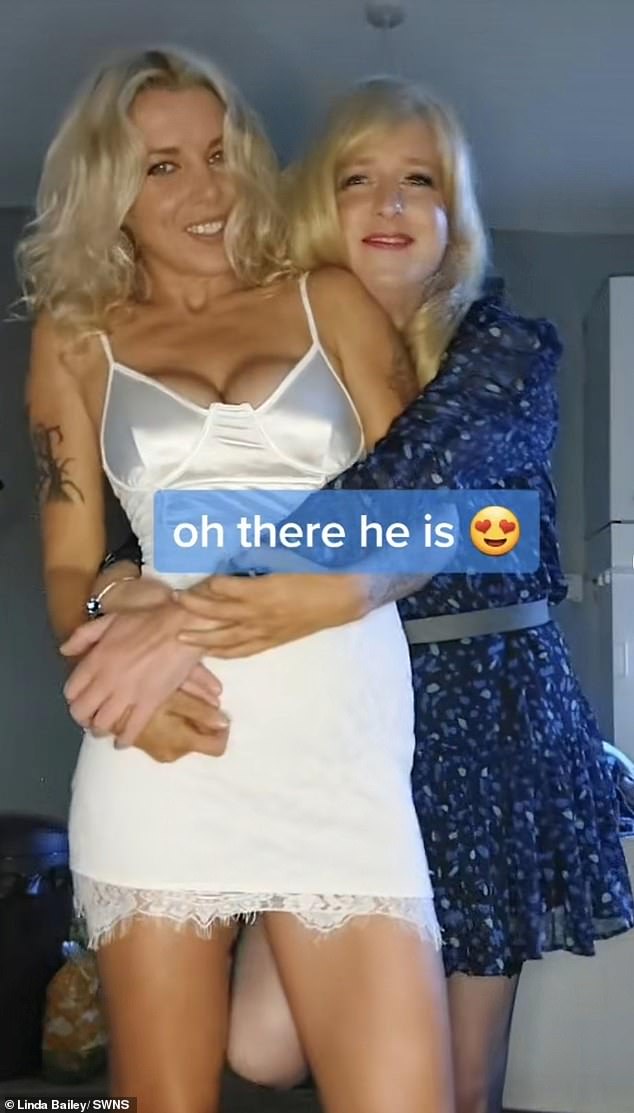 Linda Bailey, 43, from Coventry, West Midlands (left) and her partner Phil Walsh, 37, regularly go out together wearing women’s clothing – and both get chatted up by groups of men 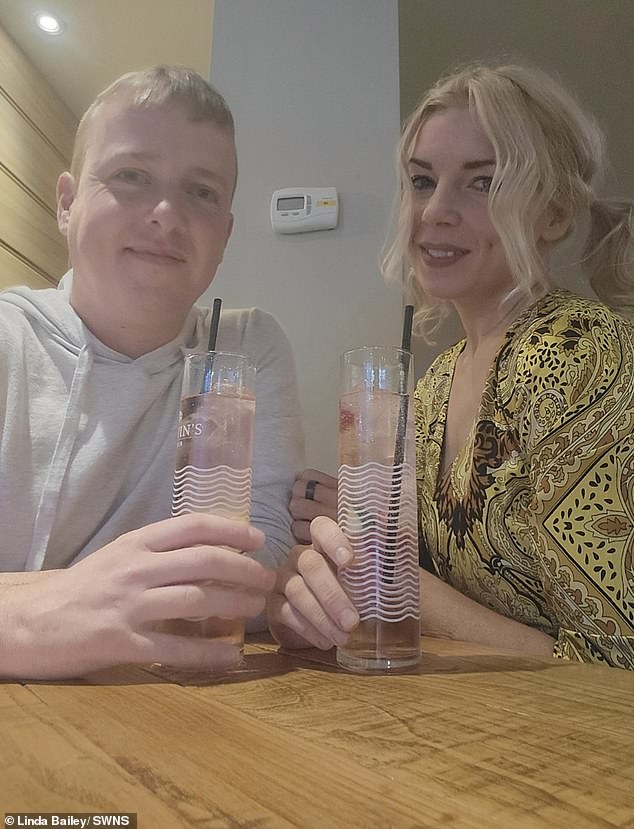 Phil, left, said he’s always felt comfortable in women’s clothes, but it took him a while to figure out his ‘place’ in the world 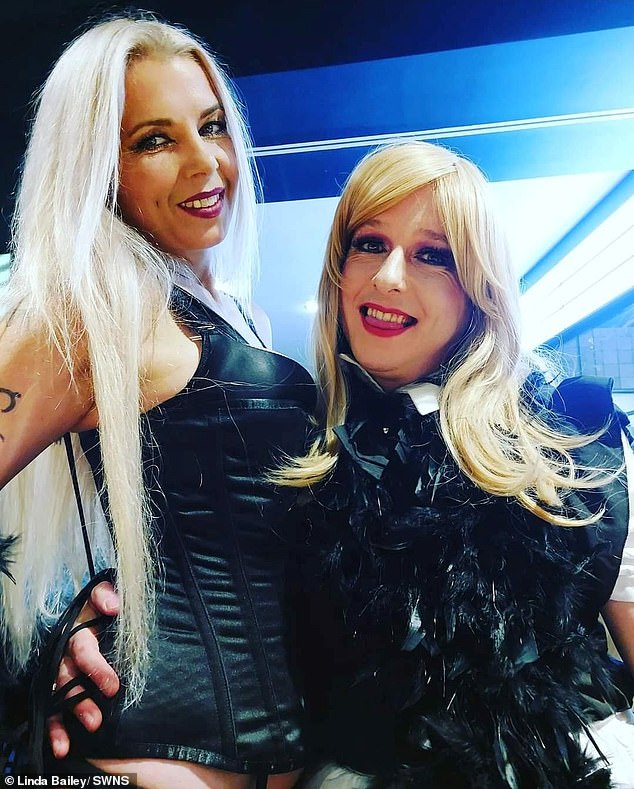 By February 2022 they realised they had romantic feelings for each other and decided to meet up in Sheffield, South Yorkshire, in March 2022

By February 2022 they realised they had romantic feelings for each other and decided to meet up in Sheffield, South Yorkshire, in March 2022.

After hitting it off the couple started dating and Phil proposed in June 2022.

Linda, who works in clinical diagnostics, said: ‘I’ve never known Phil any other way as when I first saw him it was on his TikTok in cross-dress.

‘I don’t see it as anything I need to support him on because it’s just him. People can assume he is homosexual or trans because he likes to cross-dress.

‘He gets asked out a lot by men because he looks amazing as a woman. We’ve had men come up to us to sit with us as they think we’re both women.

‘He’s better at doing make-up than me too. We’re both confident in who we are and that’s what matters.’ 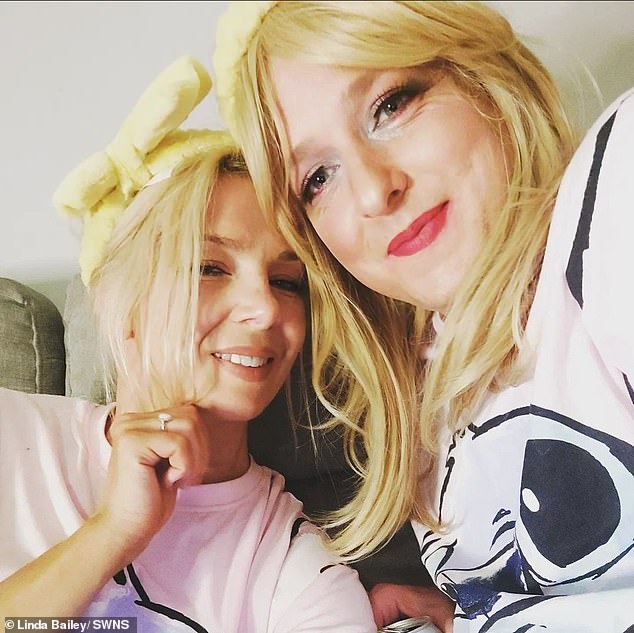 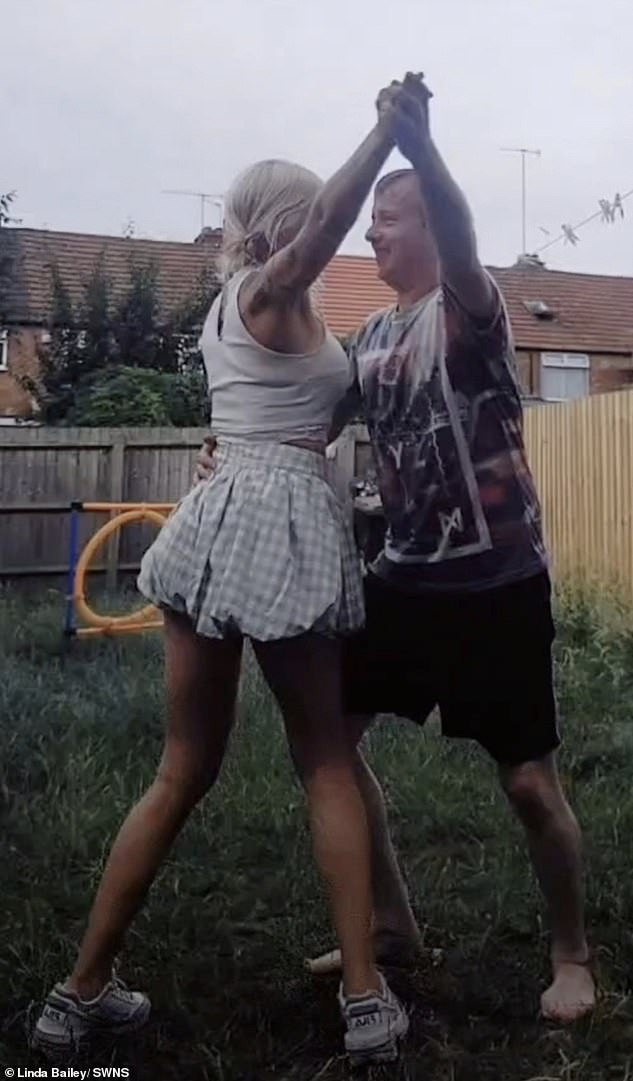 By February 2022 they realised they had romantic feelings for each other and decided to meet up in Sheffield, South Yorkshire, in March 2022

Mr Walsh, a field technician, said: ‘For the last 10 years I would come home from work and put a skirt on.

‘I’ve always found feminine clothes more comfortable. I joined TikTok about a year a go and decided to go for a make-over and had a wig put on and my make-up done.

‘It was amazing and a massive weight of my shoulders. I never had to hide who I was from Linda.

‘She liked both sides of me from the beginning. We have dress-up nights or come home and put our matching pyjamas on. She loves me for me.’

‘I saw his social media account which was under his former cross-dressing personality name,’ she said.

‘I also have a background of elaborate dressing and used to be a cyber goth so I’d wear six-inch platforms and corsets. 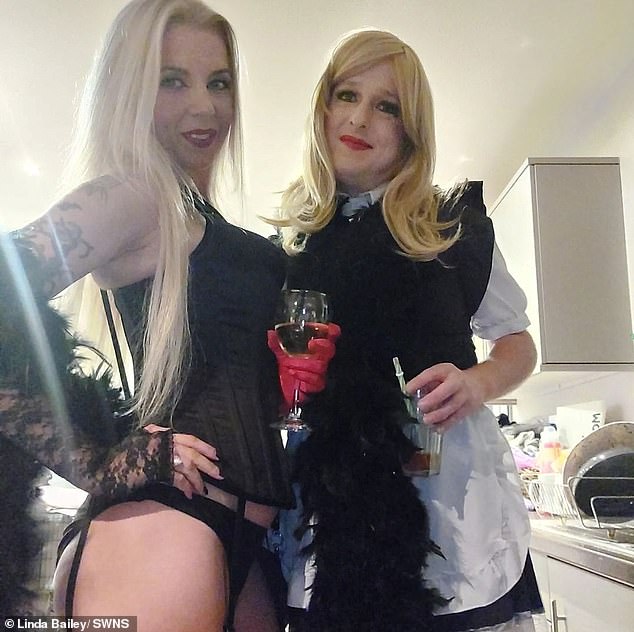 They now live together in Coventry, West Midlands, and love to dress up and do their make-up with each other 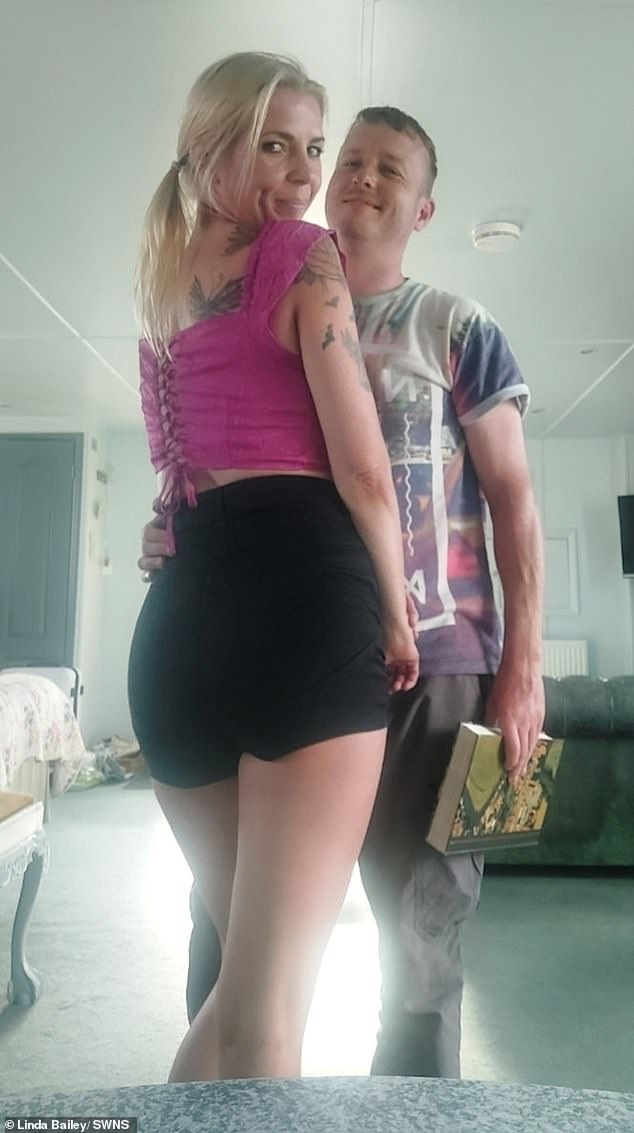 ‘We started chatting privately and realised it was more than a friendship.’

The pair decided to meet up in Sheffield, South Yorkshire, to go ice-skating for their first date in March 2022.

Phil, who was living and working in Oldham, Greater Manchester, started staying at Linda’s and commuting from there.

In June 2022, Phil asked Linda to marry him and the pair officially moved in together in October 2022, after Phil found a new job in Coventry, West Midlands.

‘We walked past a jewellers and Phil just asked me which ring I’d choose and then asked me to marry him, It was very sweet.’

Linda has always been supportive of Phil’s cross-dressing a now the pair have a shared TikTok page where they positive videos all dressed up together. 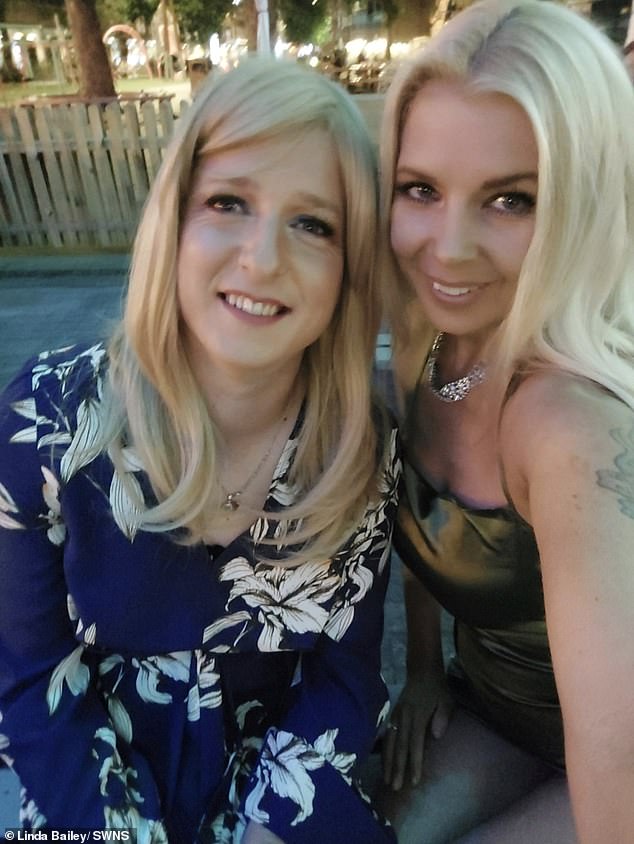 Linda has always been supportive of Phil’s cross-dressing a now the pair have a shared TikTok page where they positive videos all dressed up together.

‘He’s just a man who cross-dresses. Any negativity doesn’t bother us. We have no room left for clothes as we both have so much stuff.

‘We have a massive wardrobe and rail. We go from looking ordinary to looking insane but we love it.’

The couple share wigs and make-up and Phil loves to cross-dress whenever he has time.

‘We can’t swap clothes as we’re different sizes, He’s better and quicker at make-up than me.’

Phil added: ‘It took me a while to work out where I fitted and know where my place was.

‘But a whole new world has been opened up for me now. I’m not hurting anyone by cross-dressing- it’s just clothes and make-up.

‘When I’m dressed up I feel happy and I’ve realised it’s part of me and just something I do. I want others to know they are not alone and to just be themselves.’