‘You probably saved a girl from getting kidnapped’: Woman is hailed as a ‘hero’ for rescuing a stranger who was being accosted by a man on the street – then offering her a ride

A woman is being praised online for rescuing a stranger from a creepy man who accosted her on the street and asked intrusive questions about the length of her toes.

TikTok user @pikanab, who is from New York, pretended to be the young woman’s friend and then offered her a ride in the viral video, which has been viewed more than 31.7 million times.

‘Okay guys, I don’t normally film these types of videos, but I see this girl over there across the street. I’m literally by my car about to go out, and she looks really uncomfortable,’ she explained. 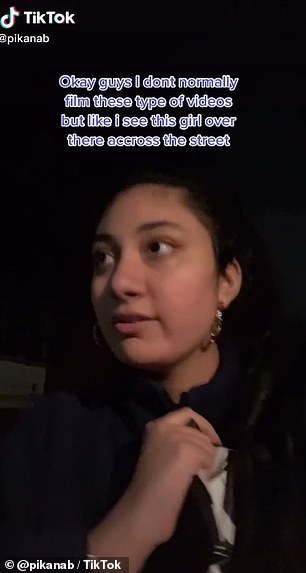 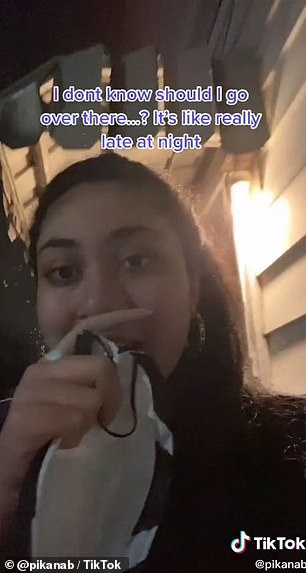 Girls girl: TikTok user @pikanab, who is from New York, shared a viral video of herself rescuing a stranger from a creepy man on the street 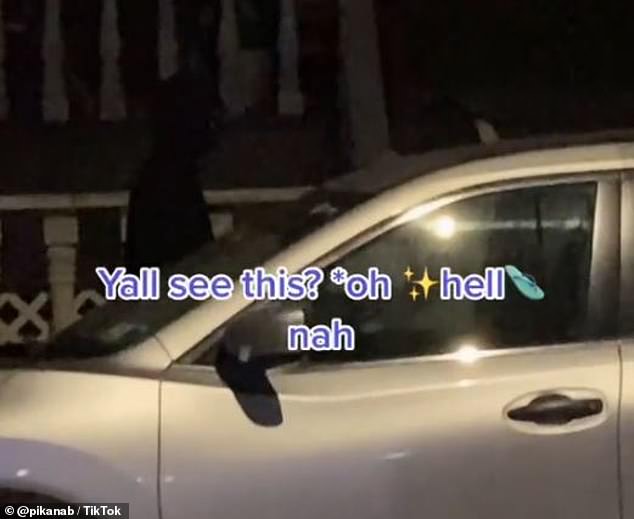 Uncomfortable situation: The TikToker panned the camera to show a man with a black hoodie, black pants, and a mask talking to the young woman before she interrupted them

Pika questioned whether she should go over there, noting it was ‘really late at night,’ but then she threw caution to the wind.

The TikToker panned the camera to show a man with a black hoodie, black pants, and a mask talking to the young woman before she interrupted them.

When the man said they were ‘just talking,’ she asked him about what. That’s when things got really uncomfortable.

‘Nothing, just asking her if her toes are long,’ he replied.

Both of the women laughed out of shock, and it was then that Pika put an end to the conversation by telling them they had to go.

‘Do I know him though?’ she asked.

‘I don’t think I’m going to get to know him. Let’s go,’ she said, grabbing the woman so she was out of the man’s reach.

When they were hurrying away, Pika quietly asked if she needed a ride somewhere, and the grateful woman said she did.

Thousands of people commented on the clip, with many telling Pika she was ‘brave’ for rescuing the woman. 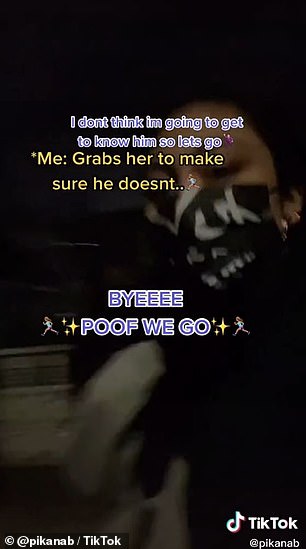 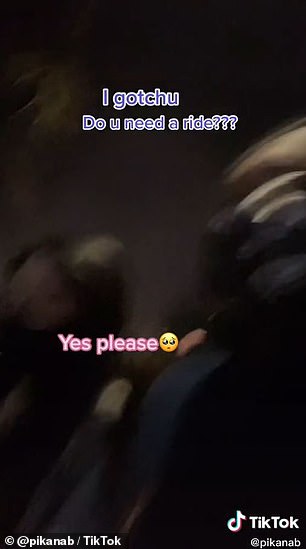 Coming to her rescue: Pika grabbed the woman and hurried away before asking if she needed a ride somewhere

Going viral: The video has been viewed more than 31.7 times, and people have been calling her ‘brave’ and praising her actions in the comments

‘U just probably saved a girl from getting kidnapped,’ one person wrote.

‘She sounded so scared when she said yes please,’ another added. ‘You did a good thing.’

‘Now THIS is girls supporting girls,’ someone else shared.

While Pika has received plenty of praise, some naysayers claimed the video was staged — an accusation she firmly denied.

‘I don’t normally respond to hate, but this is something that means a lot to me, so I am going to respond — one time only,’ she said in a follow-up clip. 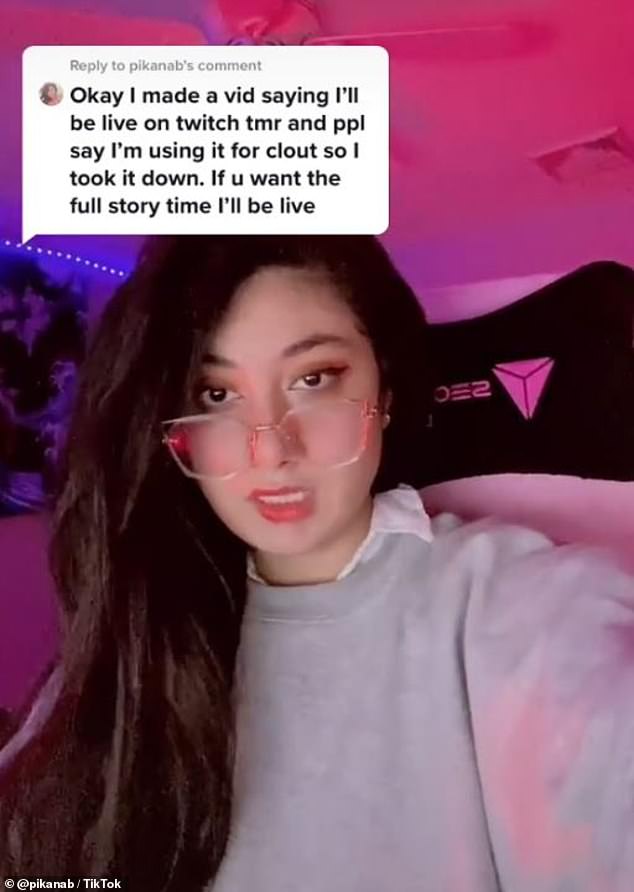 This real: While Pika has received plenty of praise, some naysayers claimed the video was staged — an accusation she firmly denied in a follow-up video 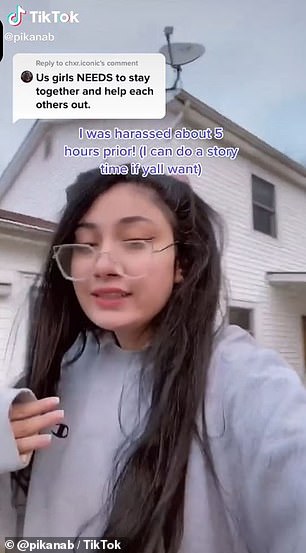 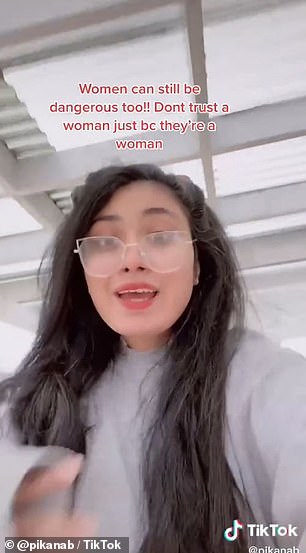 Opening up: In another video, she answered viewers’ questions, explaining that she was ‘scared’ in the moment

‘I don’t give a flying fadoodle cake if you think that video is fake. It doesn’t matter. This is something that really does happen. I’m telling you it’s not fake, but you’re not going to believe me.’

Pika went on to share videos chronicling the times she has personally been harassed by strange men on the streets. She also gave an update on the woman, saying she is ‘safe.’

In another video, she answered viewers’ questions, insisting she isn’t brave.

‘In that moment, I was scared, too,’ she recalled. ‘But I was like, “Yo grow a pair of ovaries and go help her.” So I did. But while I was helping her, especially when he said the toe part, my heart was going pitter-patter, pitter-patter. I almost threw up.’

Pika noted that she and the girl are not ‘best friends’ now, saying she merely dropped her off at the bus stop before going on with her night.

Personal trainer has BOTH legs amputated after snowboarding crash