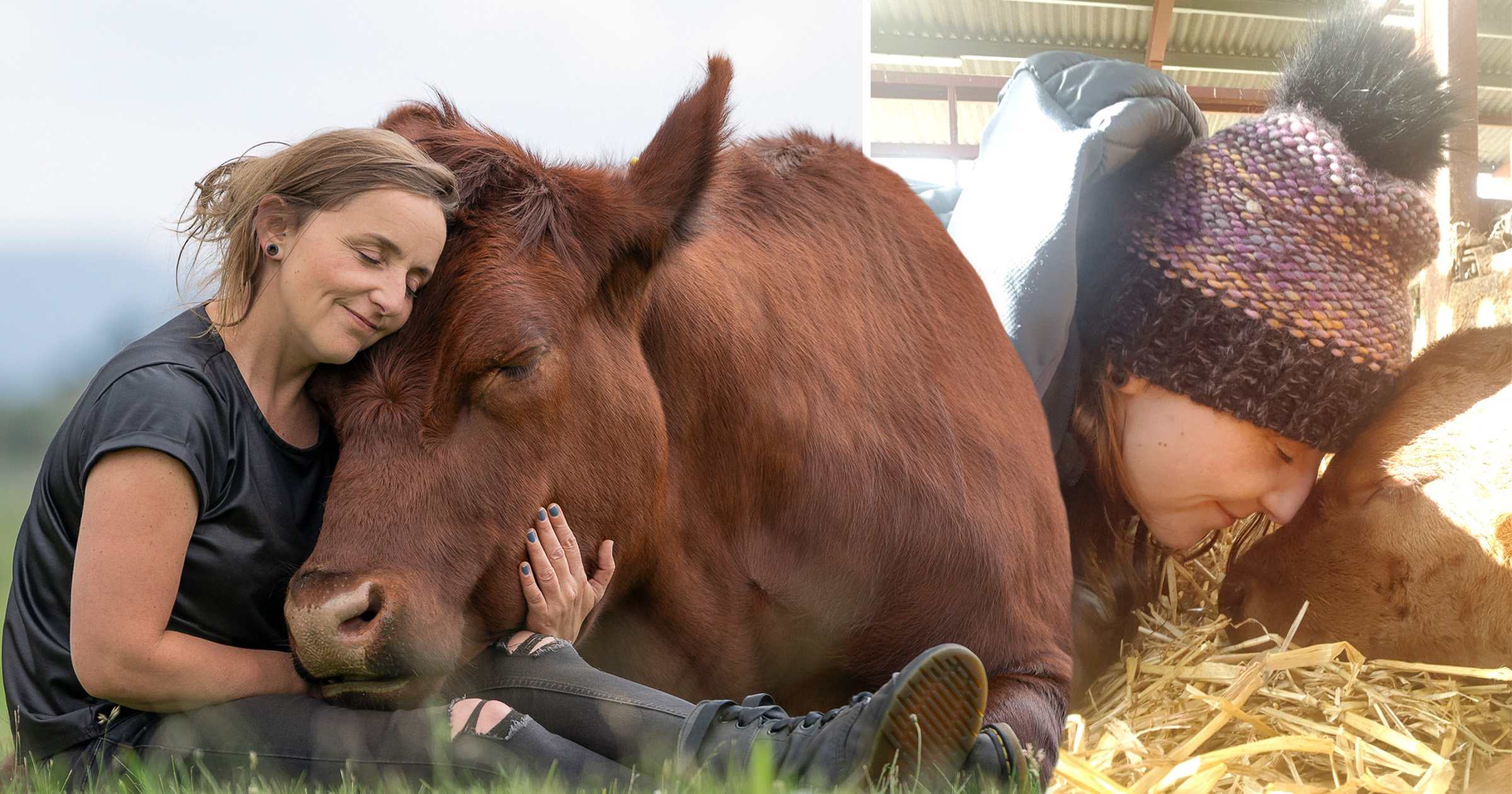 A woman who saved a baby bull from dying is now best friends with the 118 stone animal.

Heidi Ross found the youngster, now named Thor, face down in a pile of manure and unable to breathe.

The vulnerable Shorthorn bull tugged on Heidi’s heart strings and she begged the manager of the farm she worked on to let her buy him with her savings – rather than send him to the slaughterhouse.

Housekeeper Heidi, who lives in the Scottish Highlands, has been caring for Thor ever since.

Despite their considerable size difference, the pair have an unbreakable bond. Thor even rolls over so Heidi can tickle his tummy. 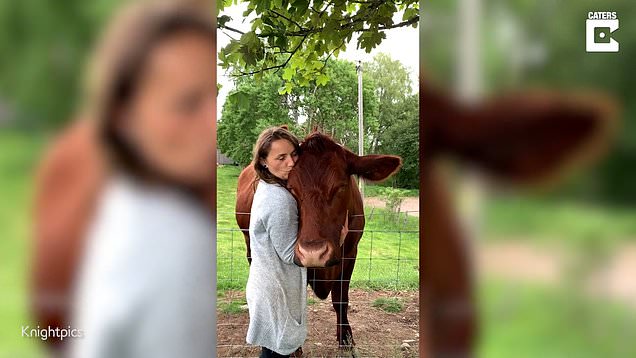 Heidi said: ‘Taking him on has been a massive decision for me, growing up I had never spent any time around large animals, I had never owned anything bigger than a guinea pig so finding myself with Thor as a giant puppy has been quite an experience.

‘I have had to work hard on my confidence with him, I know that he would never intentionally hurt me, he is not aggressive in the slightest, but he does not realise he is the size of a small vehicle and even getting an unintentional knock from his head can really hurt.’

Heidi says that Thor has the ability to instantly cheer her up whenever she’s having a bad day.

She added: ‘He loves close contact, I can now even sit or lay on him and he seems to really love it.

‘I can scratch his belly and he almost rolls over, just like a dog.

‘I believe that any animal given the chance will prove that all creatures are sentient, they have feelings and emotions – just like other animals which humans naturally befriend like dogs, cats and horses.’

Thor was born almost a month premature – so was unable to stand or walk by himself.

Now, three years on, he’s a thriving fully-grown bull – who has been castrated to make him more placid.

Heidi added: ‘If someone had said to me three years ago that I would soon have a cow as a friend, not mind being covered in dirt, constantly have bits of straw in my hair and be spending my Sundays mucking out a barn and picking up gigantic poops from the field, I would have laughed a lot and not believed a word of it.

‘But here we are and I wouldn’t change it for the world.’