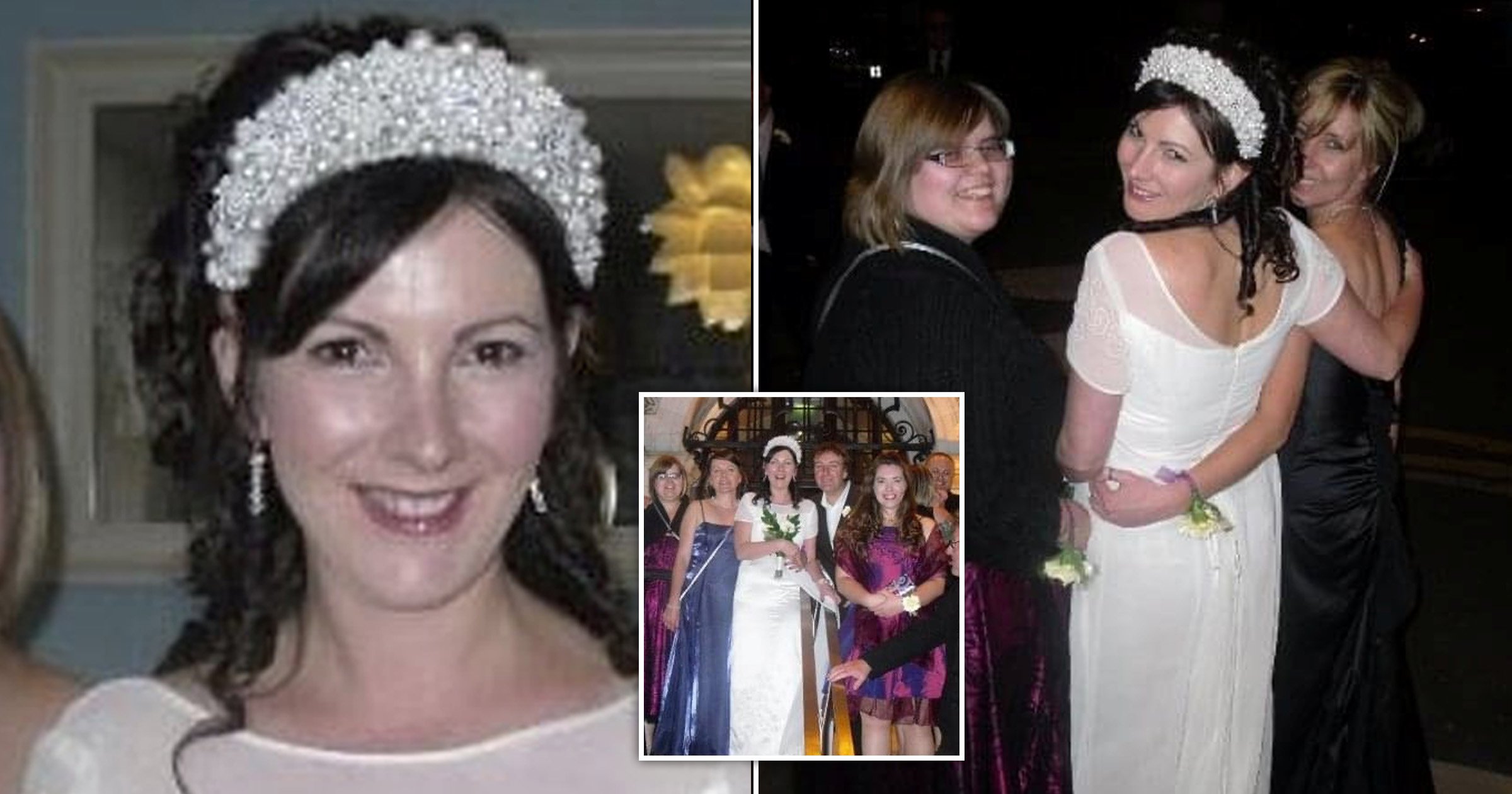 When Karen Reed imagined her wedding day, she had thought there would be someone standing waiting for up at the end of the aisle.

But 11 years ago, she decided to have her big day – and she was the only one taking part in the ceremony as she married herself.

Now 51, she says she is still very happily committed and despite a few relationships, she says nothing has felt serious enough to ‘divorce herself’.

Karen, a bin lady and business owner, from Port Talbot, Wales, said: ‘I was nearing 40 and had been ready to settle down for a while.

‘I thought: “Why not marry the person I love most in the world?”

‘Not in a big-headed way, but I have learnt to love and put myself first.

‘It felt like the ultimate act of female empowerment.

‘I got dressed up and had the best day celebrating with the people I care most about.’

Karen had been single for a few years when she decided to get married to herself in 2010.

Although not a legal marriage, she held a commitment ceremony, spending around £800 on the event by splashing out on a dress, limo and a champagne brunch at the 5* Morgan Hotel, Swansea, Wales, for the reception.

Her daughter Evie, 21, was by her side and her friend, Dr Gareth Thomas, 48, was the best man.

She admits that her family and friends were not on board at first, but they quickly came around to the idea.

Karen said: ‘Of course my family thought I was a bit crazy for doing it.

‘I was getting older and wanted my dad to experience walking me down the aisle.

‘Now my parents have the pictures from the day hung up in their house.’

The ceremonywas followed by a lavish champagne brunch where guests toasted the newlywed and heard a speech from the best man.

Karen said: ‘I got my hair done and wore a beautiful dress.

‘We had photos outside of the hotel and we must have had 100 people watching us – it was amazing.

‘The day was all about celebrating yourself and finding happiness within.’

At the end of the night, the wedding party went to a local nightclub to carry on the celebrations.

Karen even got free entry and drinks after telling the doorman the groom had done a runner.

‘I jokingly said my new husband had run off with a barmaid,’ Karen explains.

‘They felt so bad they let us in for free and played any songs we wanted.’

A decade down the line and she’s still happily committed to herself.

Karen said: ‘I know some people will think it’s a bit crazy, but I promise I’m not.

‘It’s so important to love yourself and not settle for anything less than you deserve.

‘My dad can’t walk anymore so I’m pleased it happened when it did.

‘I want to show people it’s OK to do something for yourself – to celebrate and love the person you are.

‘It’s every girl’s dream to get married and have the perfect wedding day – which is exactly what I did.’