Are you shoe that’s enough? Women take an average of SIX pairs of footwear with them on holiday, survey shows

When packing shoes for holiday, you might think a pair and a spare will do.

But, in a feat that defies strict luggage allowance, women take an average of six pairs – and then don’t bother wearing them.

Shoes are the most commonly packed item left unworn on holiday. But women are the worst culprits, taking double the number of pairs as men, who make do with three.

Three in four women who answered a survey admitted taking five or more pairs away, but only a third of those who packed high heels actually wore them. 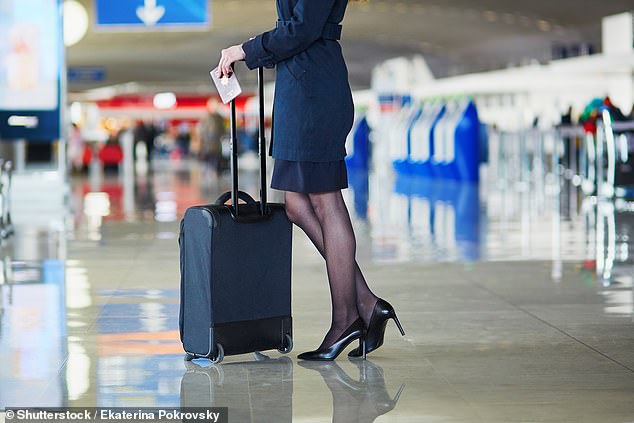 Three in four women who answered a survey admitted taking five or more pairs away, but only a third of those who packed high heels actually wore them

From the fashion brand that brought us a £1,290 pair of filthy-looking, scuffed-up trainers comes another pair of wrecked shoes – which appear to have been half-eaten.

Balenciaga has released its latest line of heelless ‘destroyed’ mule trainers – and since there’s half of them, they’re half the price, at £450.

The new ‘Paris trainer’ also comes in a ‘washed effect’, to add to the worn-out look.

On average, they packed one pair for the pool, one for casualwear, three for the evening and a pair of trainers for travelling.

Meanwhile 68 per cent of men manage with three pairs, according to the survey for shoe brand Hotter Shoes – favouring trainers for the flight, flip-flops for lounging and a pair of casual shoes.

Younger women are the worst culprits for taking too many pairs of shoes, with one in three (34 per cent) of those aged 18 to 30 admitting they have persuaded partners or friends to pack additional pairs for them in their suitcases.

Other items regularly taken but seldom used include an additional handbag, knitwear and toiletries.

Victoria Betts, chief commercial officer at Hotter, said: ‘We can all count the number of times we have packed a suitcase to the brim only to later realise we haven’t worn everything we took with us.

‘And it does appear, that shoes are the main culprit because we look to match a pair with every outfit we have.’ 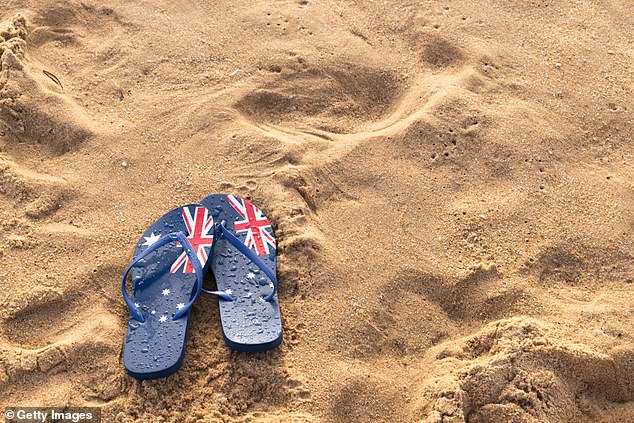 A total of 68% of men manage with three pairs of shoes favouring trainers for the flight, flip-flops for lounging and a pair of casual shoes

She added: ‘Planning ahead is the key. Be realistic about what you will wear and choose shoes that are suitable for more than one occasion.

‘That pair of heels might be great when you’re dropped off at the pub or club at home, but they are not the most practical when walking to a resort night spot.

‘Comfort is key: it’s adaptable and shouldn’t come at the expense of style or your poor feet.’