Celebrity Parents Who Have Twins

The WWE star, 36, told Jimmy Fallon on Wednesday, November 17, that their little ones are now “a year and a half.”

Reigns announced in April 2020 that his wife was pregnant. “Three [kids], with two in the oven,” the Florida native told Muscle & Fitness at the time. “I’m looking to be Papa Bear Five. Breaking news, we haven’t shared that.” 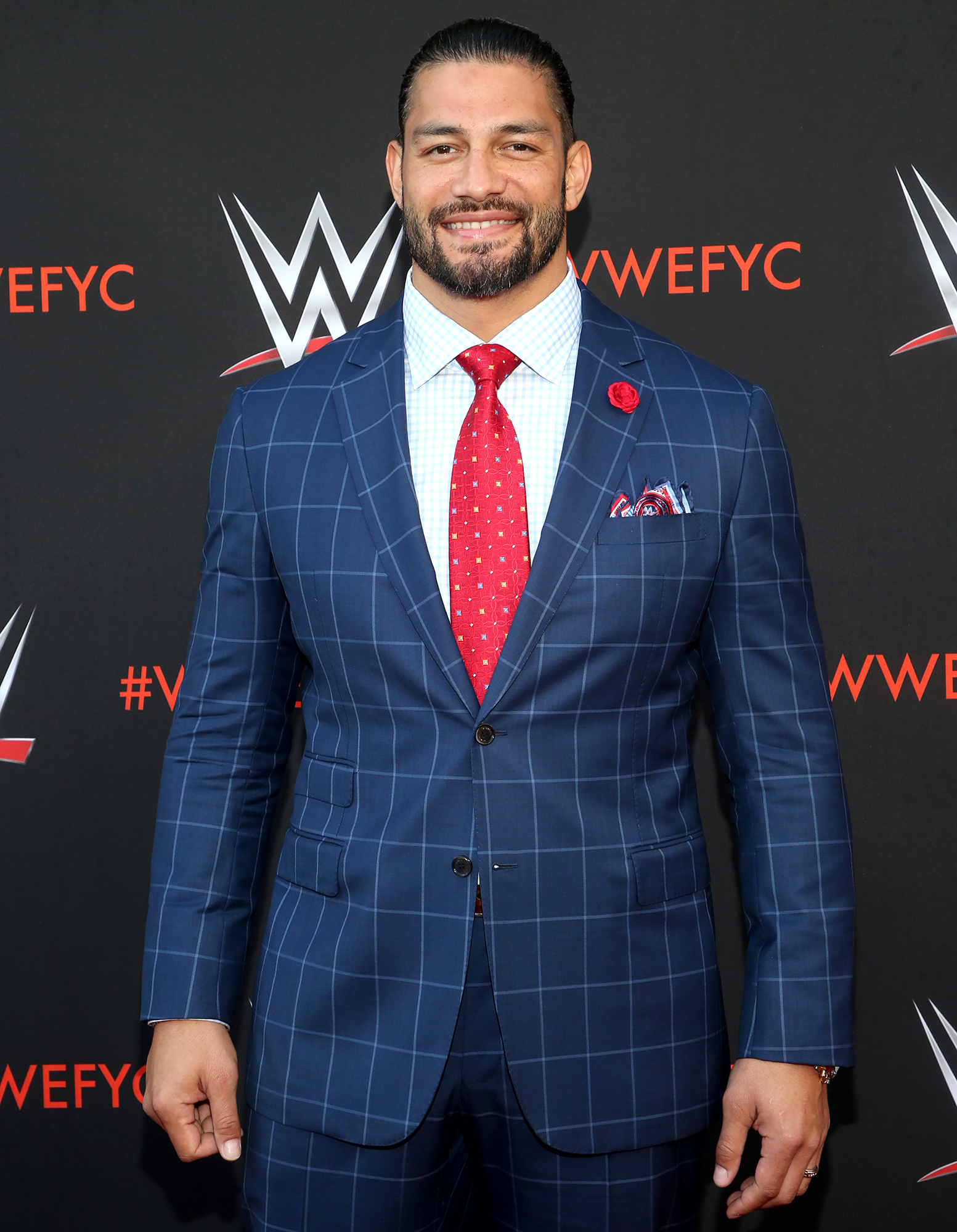 Two years after Becker gave birth to their baby boys, Reigns revealed he was diagnosed with leukemia. The professional wrestler had first battled the disease at the age of 22.

The former professional football player, whose real name is Joseph Anao’i, announced his remission in February 2019. “The good news is I’m in remission, y’all,” he gushed during a Good Morning America appearance at the time. “With that being said, the ‘Big Dog’ is back. … I missed y’all. There is no other job like this. There’s no other fan base like you guys.”

The actor went on to describe the toll his health struggles took on his wife and children, explaining, “Sometimes it’s our families that suffer the most. We’re just in it and we’re just trying to overcome and just move on to the next day and continue to progress, and they are the ones worrying to death.”

In March 2020, the athlete pulled out of his WrestleMania match against Bill Goldberg, leading fans to believe he opted out due to the coronavirus pandemic and his pre-existing condition.

Reigns and Becker tied the knot in December 2014.