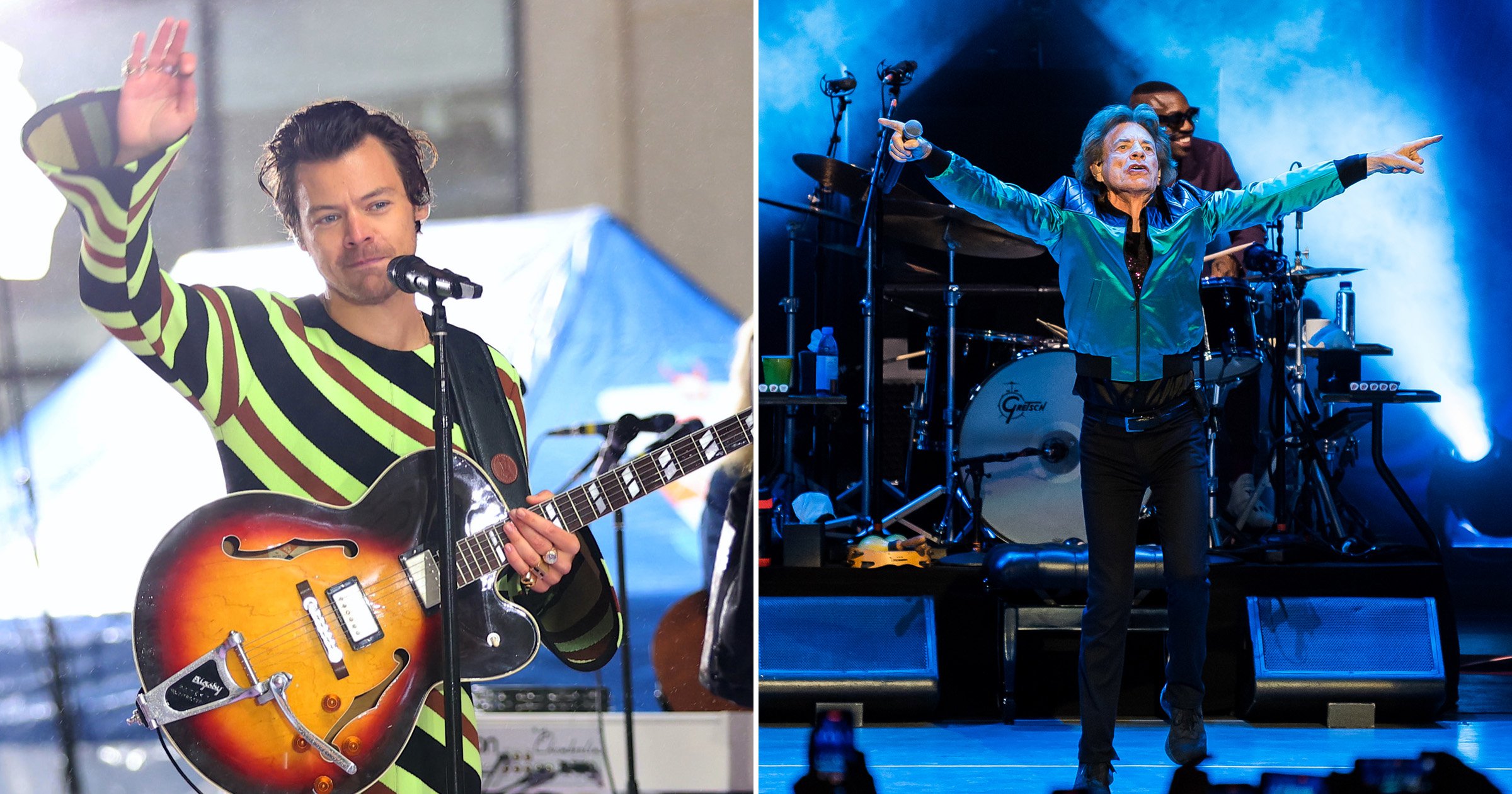 Mick Jagger has given his no-nonsense take on the comparisons between him and Harry Styles, declaring they’re just ‘superficial’.

Basically, he’s not having any of it.

The Rolling Stones legend and the former One Direction star have often been compared but Mick’s not so convinced – although he acknowledges they’ve got a ‘superficial resemblance’.

‘I like Harry — we have an easy relationship,’ the 78-year-old said.

‘I mean, I used to wear a lot more eye make-up than him. Come on, I was much more androgynous,’ he added to The Sunday Times.

‘And he doesn’t have a voice like mine or move on stage like me; he just has a superficial resemblance to my younger self, which is fine — he can’t help that.’

Despite that, Harry seems to be doing pretty well, having just released his epic album Harry’s House, with the star rocketing straight to number one with his hit As It Is.

Meanwhile, fans have been obsessing over every lyric in the new record (and trust us, there are some juicy ones).

Speaking about the record, Harry, 28, recently said: ‘I think everyone went through a big moment of self-reflection, a lot of navel-gazing, and I don’t know if there’s anything more navel-gazing than making an album. It’s so self-absorbed.’

He added to Better Homes & Gardens: ‘It sounds like the biggest, and the most fun, but it’s by far the most intimate.’

The Sign of the Times hitmaker has seen huge success since his X Factor and One Direction days, becoming one of the biggest artists in the world.

He released his debut album in 2017, knocking it out of the park despite some scepticism.

Since then, it’s been bop after bop after bop with tracks like Watermelon Sugar, Golden and Adore You, from his stunning second album Fine Line, some of the best pop we’ve heard in years.