The Liberal Party is likely to be left with only two of Melbourne’s 22 urban seats after Saturday’s election. It is clinging onto the previously safe Victorian seat of Menzies but appears likely to lose neighbouring Deakin, while Labor is confident of winning Macnamara.

Labor’s support dropped in some working-class areas, while the Liberal Party lost votes across the state and, notably, in the eastern suburbs. The two seats in the city it is likely to retain are Aston and Menzies, both in the outer east of the city. 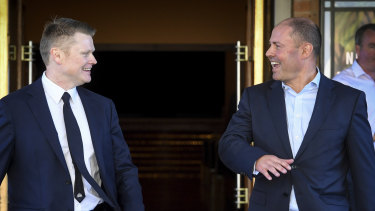 With about 71 per cent of votes counted, the Liberal Party lost more than 8 per cent of its primary vote in Menzies, which takes in suburbs including Bulleen and Doncaster. Candidate Keith Wolahan leads Labor by 0.5 per cent, but his supporters believe yet-to-be-counted postal votes skew Liberal and that he will retain the seat.

Michael Sukkar, a former minister in the Morrison government and a powerful Victorian factional figure, was trailing Labor candidate Matt Gregg by about 1200 votes in Deakin and a margin of 0.9 per cent on Sunday afternoon. Sukkar’s primary vote dropped by 7 per cent.

The tight contests in the eastern suburbs reflect the scale of the anti-Liberal swing in Victoria that surprised both parties. Labor did not target these seats and spent little money on them, but a resounding anti-government swing has turned a slew of once-safe Liberal seats into marginals.

Labor also ignored inner-city Macnamara, where the Greens experienced a 7 per cent primary vote boost and trailed Labor by only 3.5 per cent with about 60 per cent of votes counted.

Labor believes postal ballots are breaking its way and the party will win. However, there is frustration in Victorian Labor that the national campaign did not, as it had in previous years, focus some of its attention on countering the Greens in the inner city.

Macnamara was taken off the target seats list and had minimal resources allocated towards it. Funds and campaign expertise from Macnamara were diverted to Labor’s successful candidate for Higgins, Michelle Ananda-Rajah.

Greens candidate Steph Hodgins-May campaigned as a climate-focused local voice who would push the major parties to be more progressive. She said key Greens issues such as climate change and a national integrity commission developed into top-order issues because of the national attention afforded to the teal candidates. 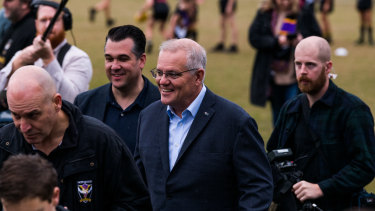 “It gave us wings and expanded attention on these issues, as did the recent [Intergovernmental Panel on Climate Change] report, floods and fires,” she said.

Menzies, occupied by former minister Kevin Andrews for two decades, was held by a 7.5 per cent margin going into this election. Wolahan, a former barrister, will hold the seat by a fine margin if he prevails.

The suburban seat has one of the highest proportions of Chinese-speaking voters in Australia after many Box Hill residents were moved into Menzies from Chisholm when boundaries were redrawn. Liberal Gladys Liu lost almost 9 per cent of her primary vote in Chisholm; only former minister Alan Tudge in Aston experienced a bigger primary vote collapse, down almost 12 per cent. 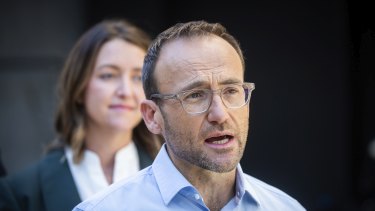 The only Melbourne-based Liberal who avoided a major swing was La Trobe’s Jason Wood, a former police officer known for his community campaigning with multicultural groups in Melbourne’s diverse south-east.