Taking their inspiration from natural photosynthetic leaves, the ultra-thin, flexible devices are the brainchild of chemist Dr Virgil Andrei and his colleagues. The researchers tested their prototypes on the River Cam, close to such iconic Cambridge locations as the Bridge of Sighs, the Wren Library and the King’s College Chapel. They demonstrated that the devices can convert sunlight into fuel just as efficiently as plant leaves do in nature.

This, the team said, is the first time that clean fuel has been generated on water.

They envisage the low-cost, autonomous devices operating en masse out at sea, in ports, or even on polluted waterways.

In this way, the artificial leaves could produce a sustainable petrol alternative without taking up space on land.

The devices could even help to reduce the global shipping industry’s reliance on fossil fuels. 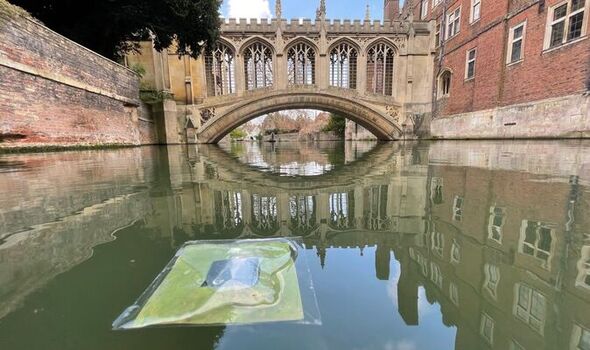 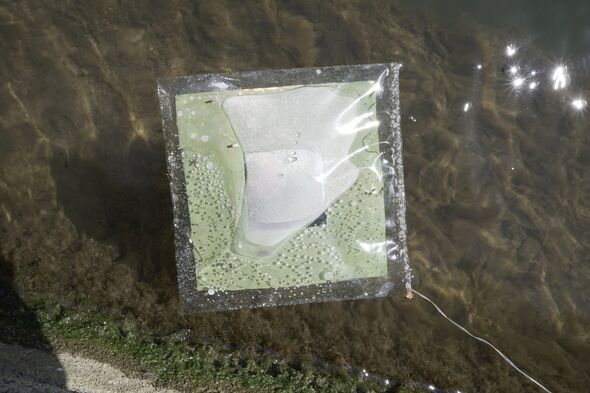 At present, around 80 percent of global trade is transported in cargo vessels powered by fossil fuels — but the sector has attracted little focus in discussions on the climate crisis.

Part of the problem is that developing renewable energy technologies like wind and solar power do not port well to industries like shipping, for which decarbonisation is more difficult.

For several years, the Cambridge-based research group had been trying to tackle this problem by developing sustainable fuels produced using methods based on the principles of photosynthesis.

Back in 2019, the team succeeded in developing and artificial leaf capable of making so-called syngas — a key intermediate in the production of many different chemicals and pharmaceuticals — using just carbon dioxide, sunlight and water as ingredients.

This early concept generated fuel by combining two light absorbers with catalysts — but was let down by its thick glass substrates and moisture protective coatings, leaving it rather bulky. 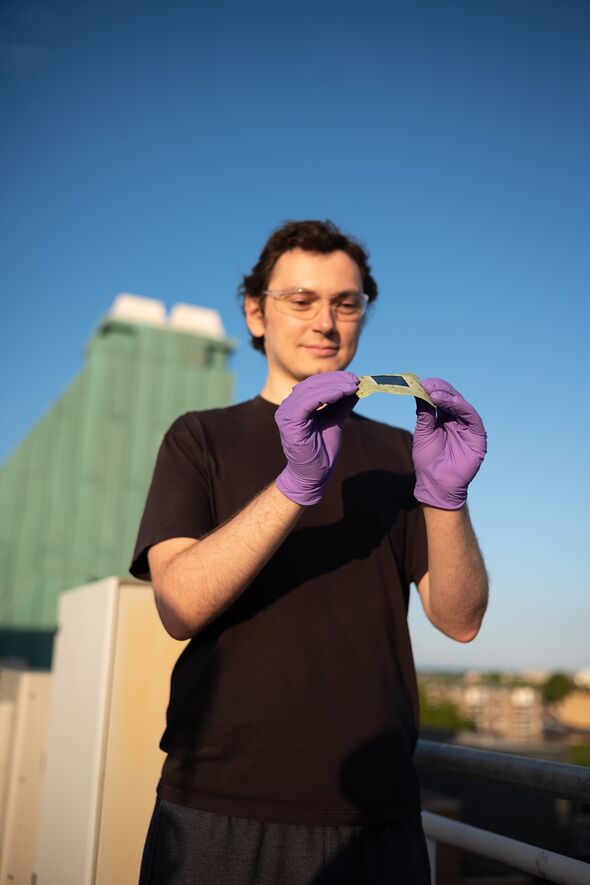 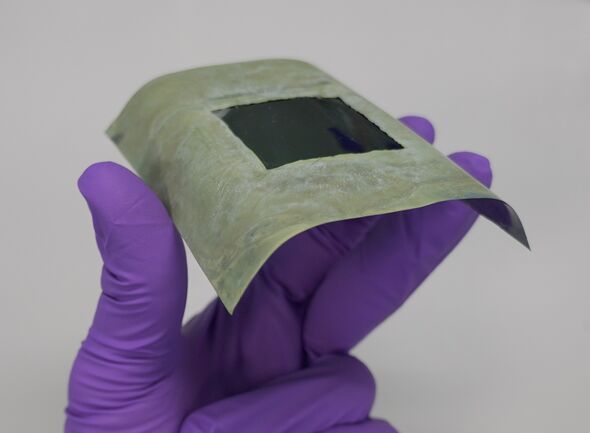 “But since they’re both heavy and fragile, they’re difficult to produce at scale and transport.”

His colleague, Professor Erwin Reisner added: “We wanted to see how far we can trim down the materials these devices use, while not affecting their performance.

“If we can trim the materials down far enough that they’re light enough to float, then it opens up whole new ways that these artificial leaves could be used.” 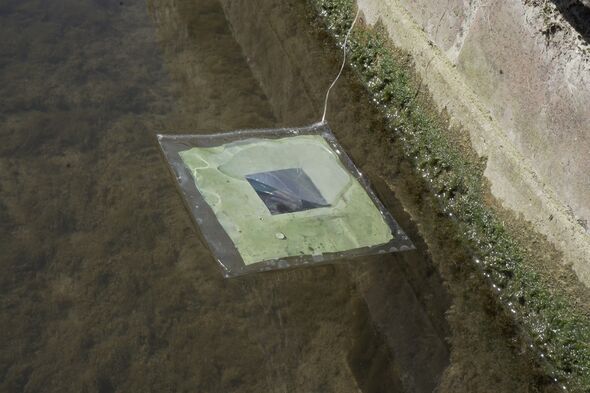 For the new, lightweight, floating design, the team took inspiration from the miniaturisation techniques used by the electronics industry to produce such slender tech as smartphones and flexible displays.

To deposit light absorbers onto lightweight substrates, the team used thin-film metal oxides and materials called perovskites which can be coated onto flexible plastic and metal foils.

They next protected the leaves against water infiltration by covering them in micrometre-thin layers of carbon.

Dr Andrei said: “This study demonstrates that artificial leaves are compatible with modern fabrication techniques, representing an early step towards the automation and up-scaling of solar fuel production.

“These leaves combine the advantages of most solar fuel technologies, as they achieve the low weight of powder suspensions and the high performance of wired systems.”

According to the researchers, refinements will be needed before their artificial leaves can be produced for commercial applications — but the latest prototype is already opening up new avenues in their work.

Prof. Reisner concluded: “Many renewable energy technologies, including solar fuel technologies, can take up large amounts of space on land, so moving production to open water would mean that clean energy and land use aren’t competing with one another.

“In theory, you could roll up these devices and put them almost anywhere, in almost any country, which would also help with energy security.”