A SUPERSONIC jet which could fly from London to New York in just 90 minutes has revealed what passengers could expect from the flight.

Inside the Spike S-512 Supersonic Jet cabin would be a large seating area, which can be converted to beds or a dining area and flat-screen TVs. 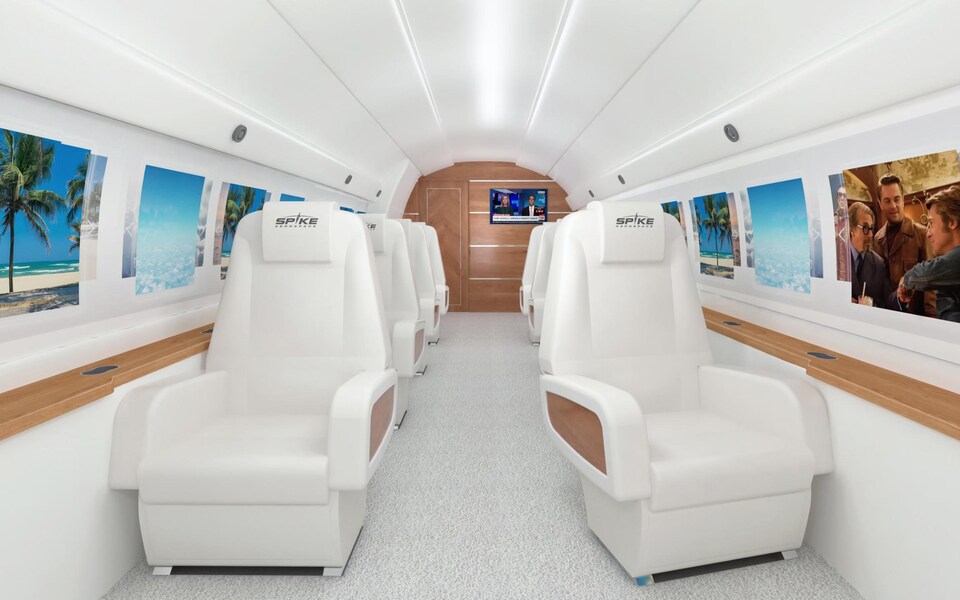 The flights, which would have a maximum 18 seats, will have no windows, due to window sections being the weakest part of a plane.

They also bring in a lot of noise, making the plane not just stronger and more fuel-efficient but quieter as well.

"Most conversations between two people are between 65 and 75 decibels and the noise level found within most plane cabins is around 85 decibels.

"Our windowless aircraft, will be about 60 decibels, so lower than the sound of a conversation." 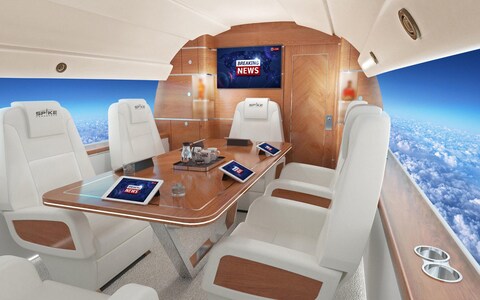 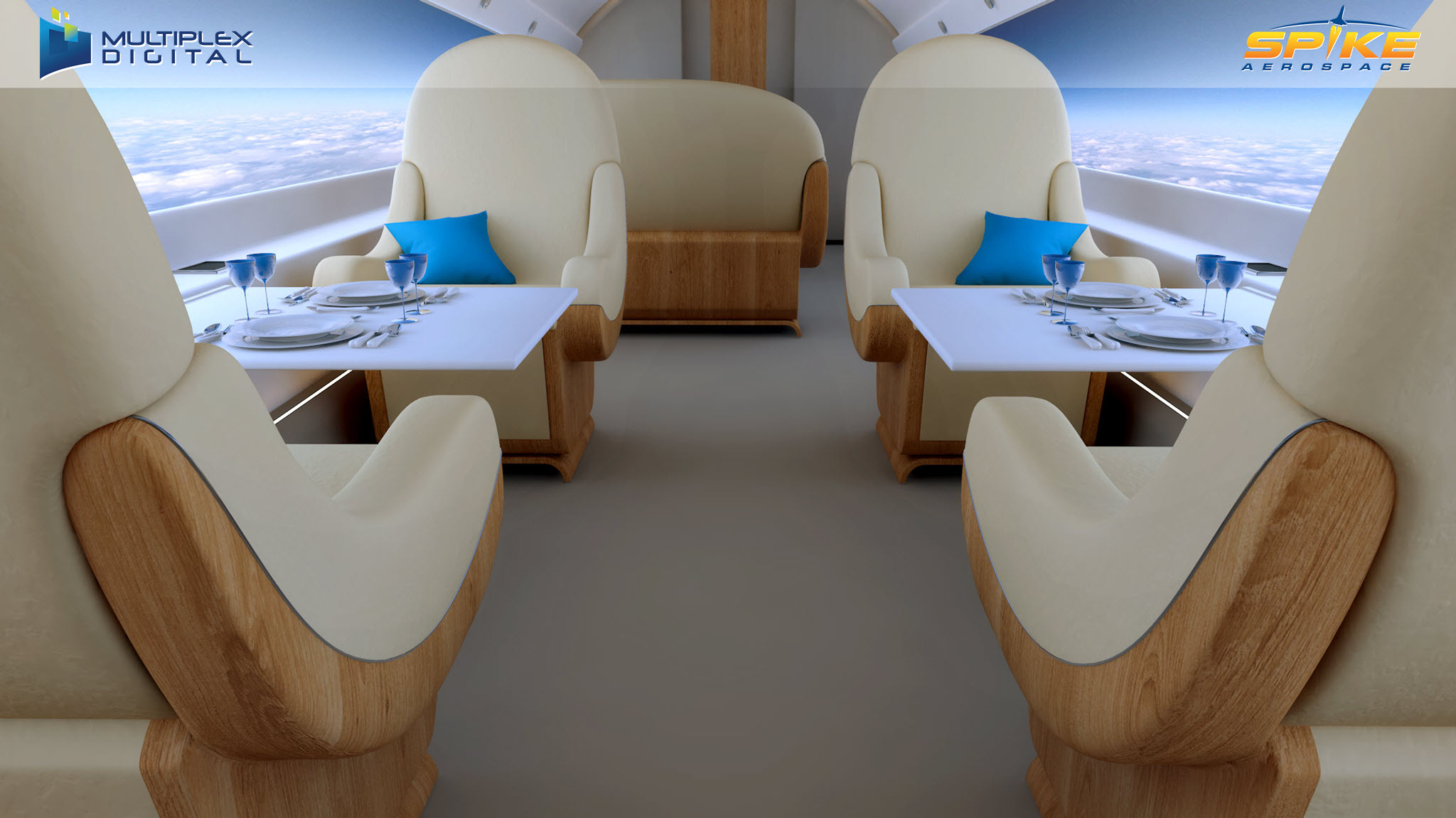 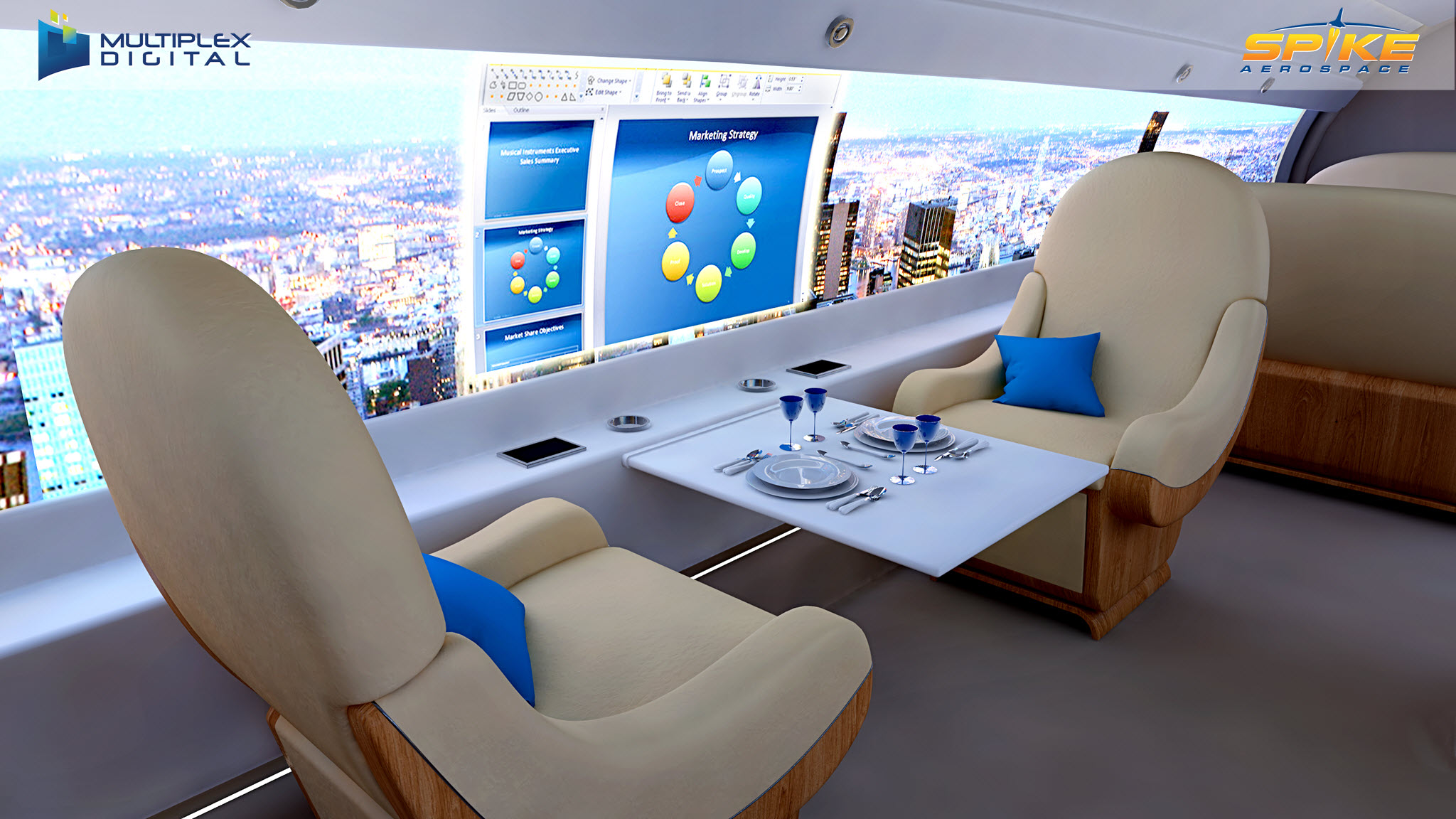 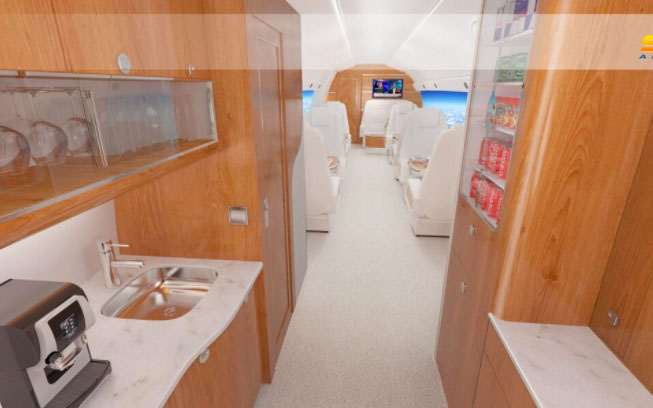 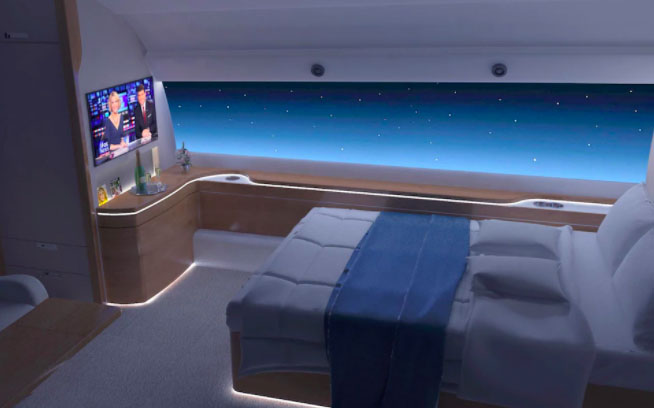 Instead, long computer screens along the wall of the cabin will simulate panoramic views.

Images of the galley show a fancy coffee machine, built-in sink and counter space as well as a large fridge with chilled drinks.

The seating is convertible so it can turn into flat beds, seating areas or conference seats.

While the flights won't be cheap, they could eventually be a similar price to Business Class tickets. 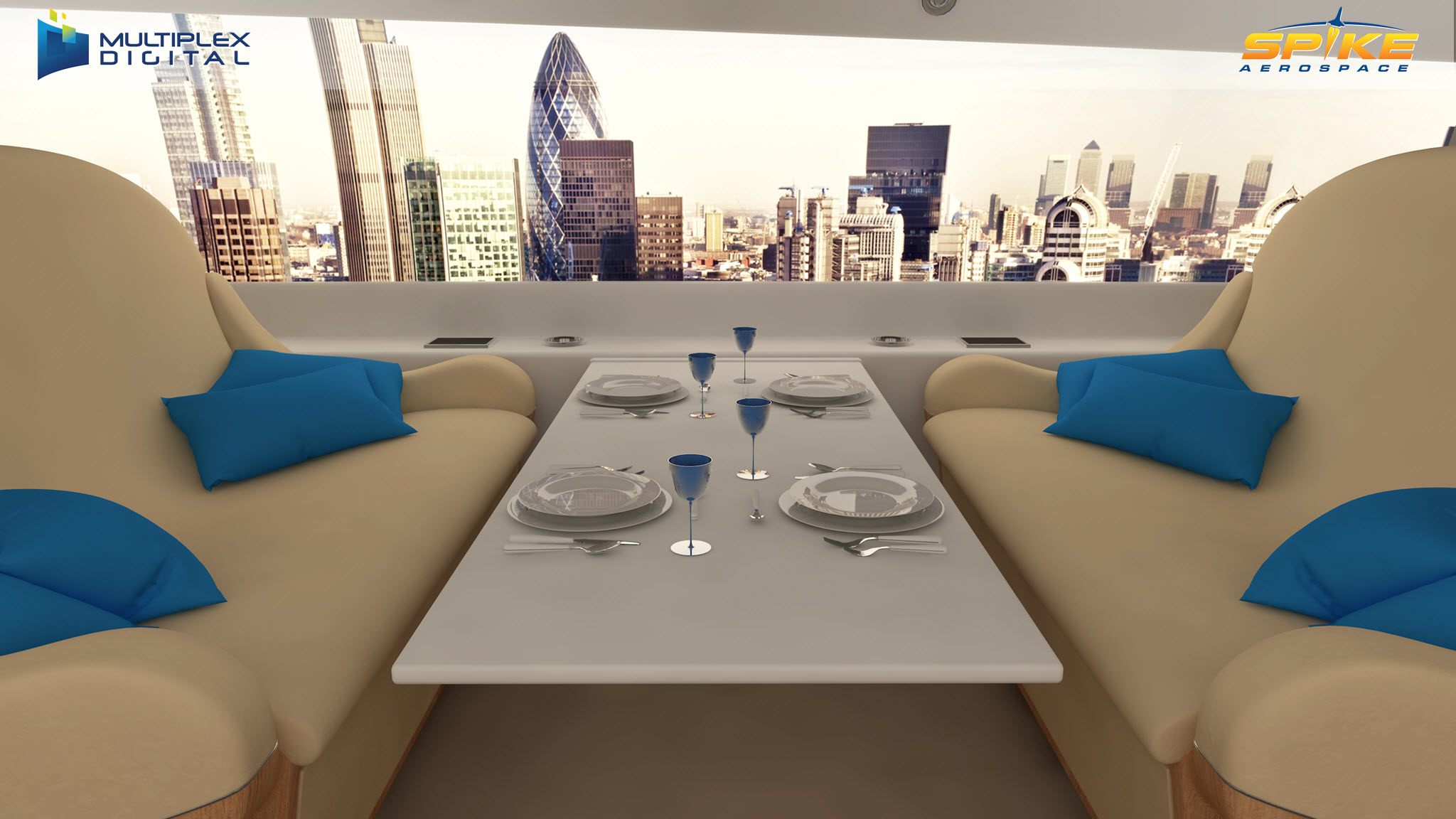 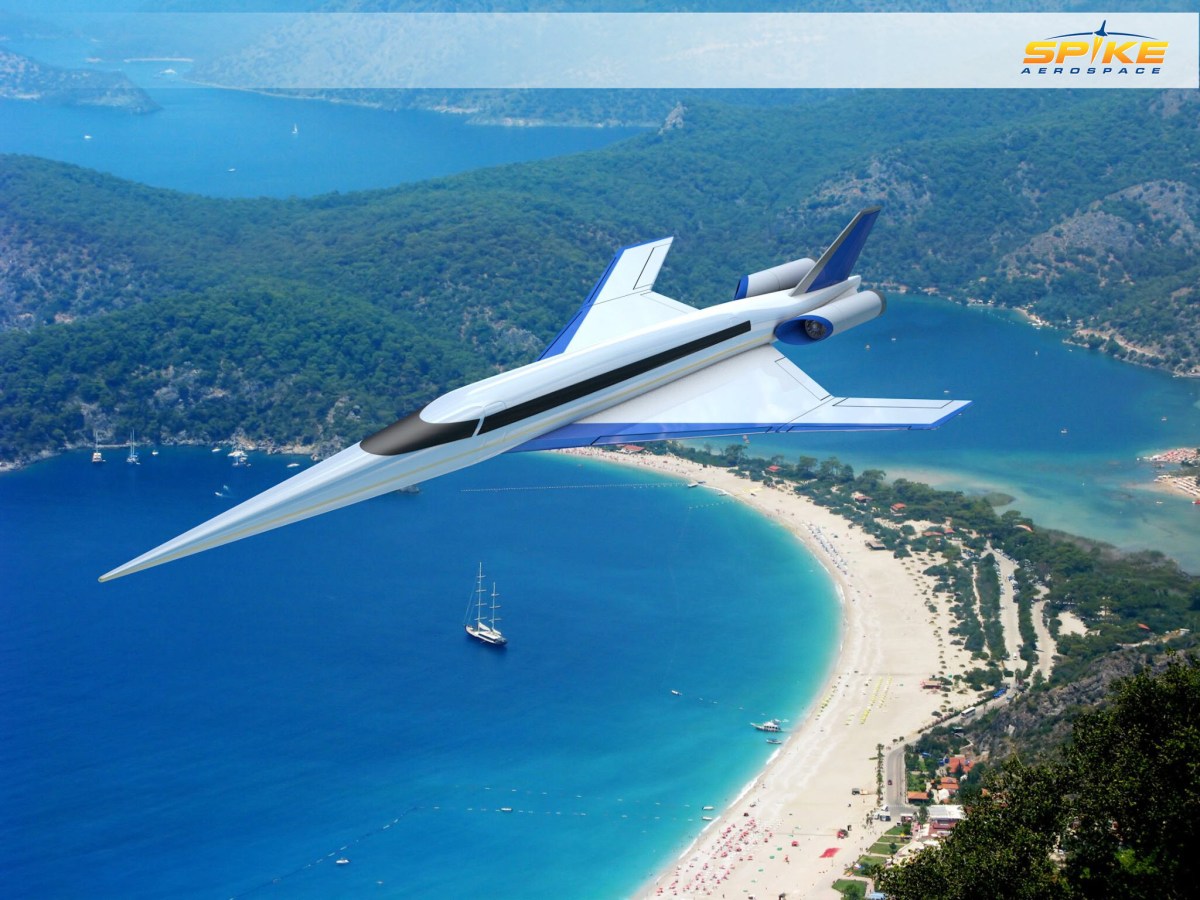 Mr Kachoria said: "Remember, almost every technological innovation we’ve had has started out for the uber-rich: cars, telephones, computers, flat screen TVs – the first ones cost $25,000 in the 90s and now they’re $200."

A number of airlines are looking into supersonic travel between the UK and the US, following on from the Concorde jets which launched in 1976.

Travelling at 1,354mph or Mach 2.04 — twice the speed of sound — it captivated the world’s imagination as it whisked elite passengers from London to New York in just three and a half hours.

However, the Concorde jets were retired in 2003 after a fatal accident in 2000 in Paris.

There are other supersonic jets also competing to offer quick Atlantic flights – a plane dubbed the 'Son of Concorde' could one day fly passengers from London to New York in three-and-a-half hours.

The company says it has orders from Japan Airlines Co and Virgin Group.

first, Inside, look, New, superson
You may also like: